Ending their tour with a bang, AB6IX brought an incredible show to the El Rey theatre in Los Angeles on July 1st. Going all out with fan service and engagement, the four members brought fans, known as ABNEW, an experience unlike any other.

The evening started off with a strong performance of their song, “Hollywood,” bringing fans down memory lane to the group’s initial audition for Produce 101 Season 2. Pairing live vocals and rap with the intense choreography for the song, the small but passionate crowd cheered. Taking a brief pause to greet ABNEW, AB6IX delightfully discussed their first U.S. tour and their first fanmeeting in Los Angeles. Sharing with fans the places they’ve gone and things they’ve done thus far, the four members were bouncing in excitement at finishing up their tour in their “favorite city.”

Following their self introduction, the members continued on with the evening with thrilling performances and events for their fans. Exuding cool charm with songs such as “Red Up,” which perfectly paired red stage lighting perfectly with fans’ red lightsticks, and brightening things up with cute songs like “Cherry,” the quartet made sure to show all the unique sides of themselves. From Woojin’s husky deep rap voice to Woong’s honey vocals climbing easily to reach high notes, the group powered their way through their upbeat debut song “Breathe,” and slow, emotional songs like “Surreal” before closing the performances with “Shining Stars.” 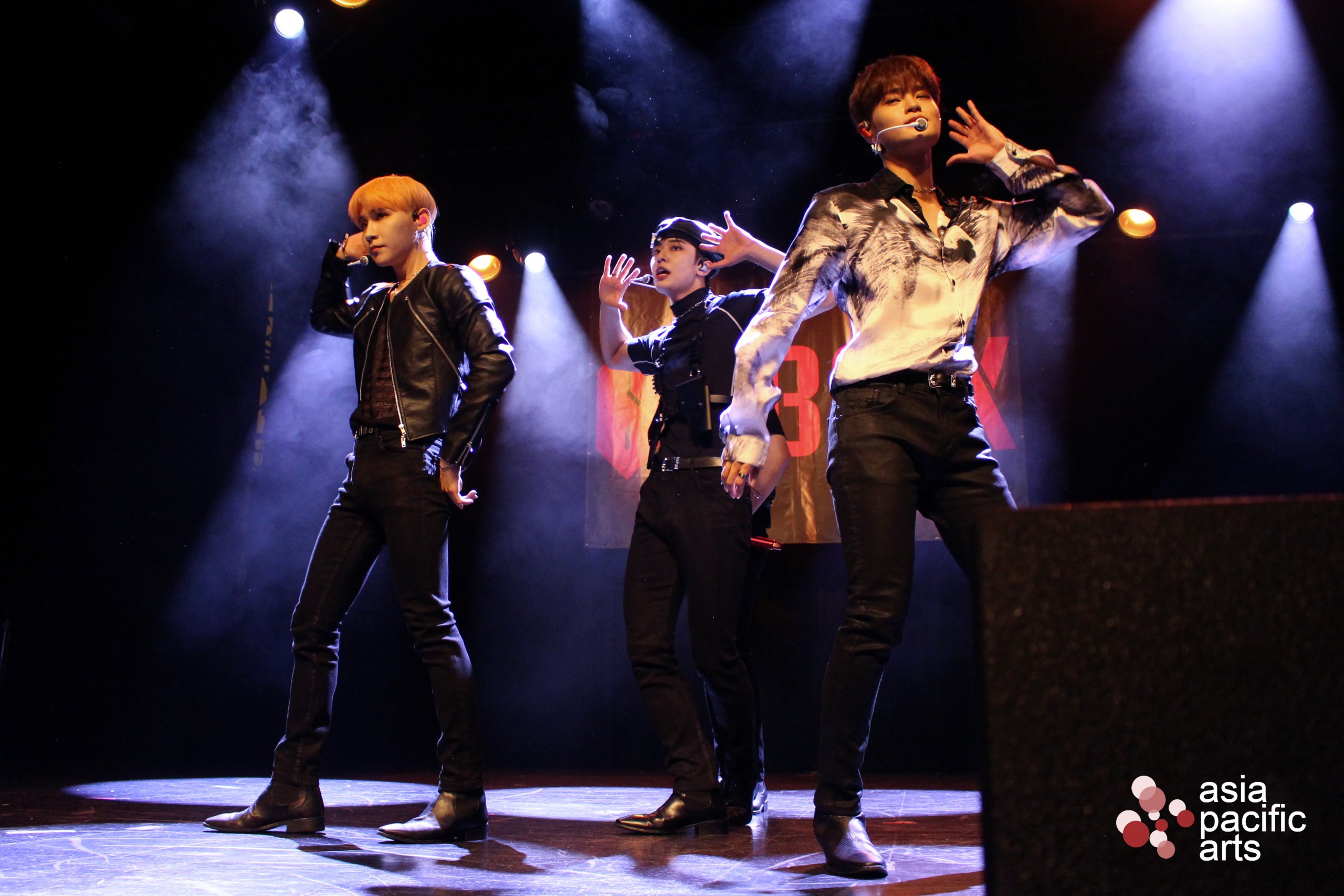 Greeting the audience, posing for fan photos, and even taking a group photo with the audience wasn’t all that AB6IX had planned for the night. The venue for the night was fitting for the show, as the best thing about smaller venues is always how intimate the shows can become, allowing the fans and artist to really see one another. Prior to the start of the concert, a board with sticky notes and pens were left out in the front for ABNEW to leave their burning questions for AB6IX, and so the first activity the group prepared was a fan Q&A. Selecting a variety of questions, some were serious questions such as pondering how the group felt in that moment being on stage, and some were silly requests such as asking the group how loud they can “Yee-Haw.” As excited as fans were to hear their name and question read out by their favorite group, what surprised everyone was when the group invited those very fans on stage next, allowing them to ask more questions directly to them on stage, and gifting them with t-shirts.

The next time the group took a break from the music to greet their fans, they brought out an iPad to read through fan tweets to select four more lucky attendees. Choosing their favorite tweets, those who sent them out were also invited on stage, where they were able to, again, ask questions directly to the group. This time, though, instead of free t-shirts, the group took individual Polaroid photos with each of the fans, surely creating unforgettable memories for the fans. This second event led into the close of the show, when the four boys delivered the usual closing speeches with promises of a return as a better group. However, the group prepared a special encore performance, which featured fan chanting and singing in the backing track. Finishing off the night, fans had one more thing to look forward to — the hi touch. 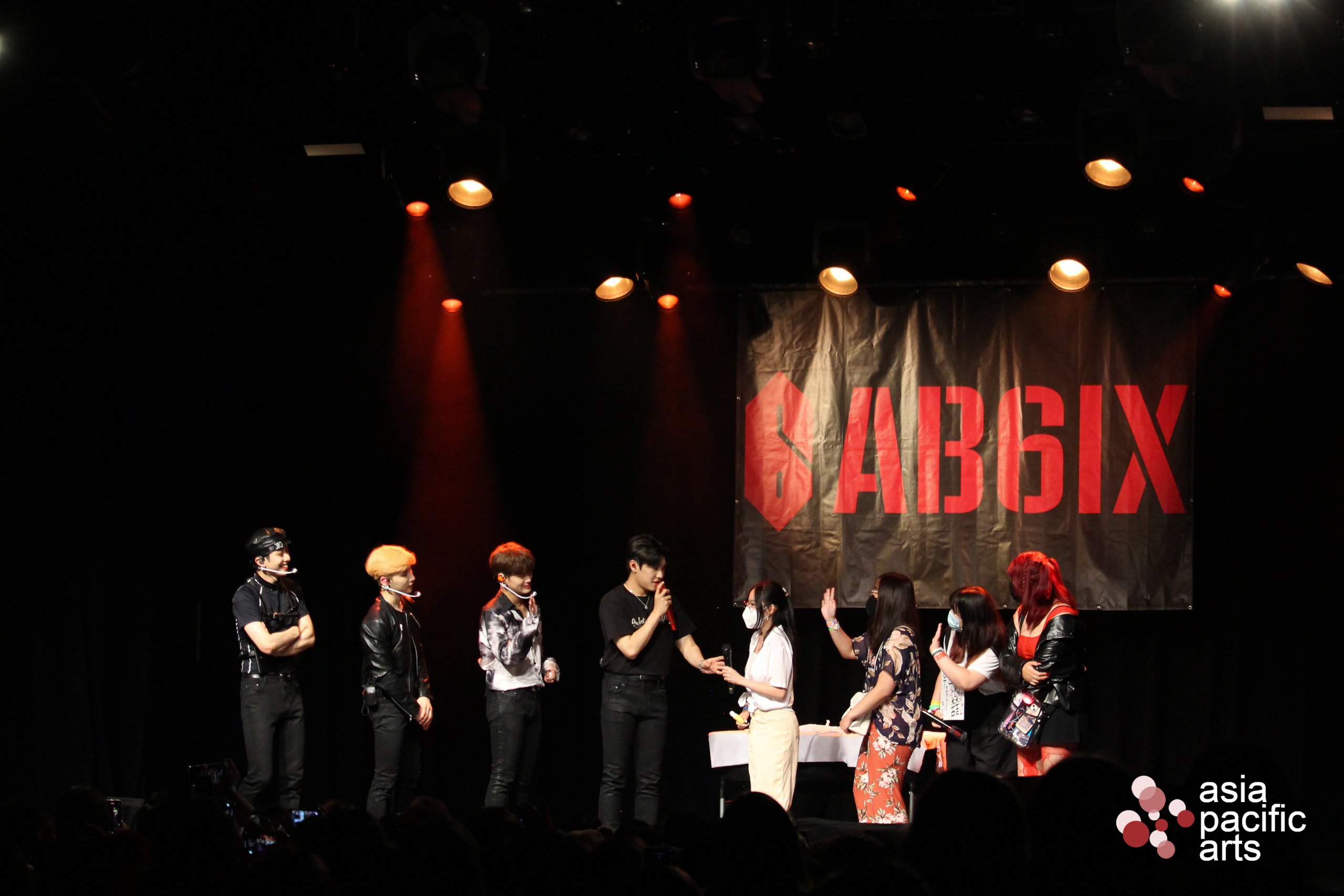 While most shows this year have opted for a hi wave rather than the traditional hi touch to limit exposure and contact with fans, AB6IX did their best to be close with their fans, even down to the engagement. Providing everyone with masks and hand sanitizer, the group held a hi touch with ABNEW before calling it a night, leaving the fans in disbelief that the night was not, in fact, just a dream.

Built entirely around the fan experience and making things as interactive as possible for their fans, AB6IX curated a setlist and show unlike any other U.S. K-pop tour. Despite a short run time of just an hour and a half, the memories created will certainly last a lifetime for the ABNEW who were lucky enough to attend.

Click on the photo below to see all our photos from AB6IX’s fanmeeting in Los Angeles on Facebook! 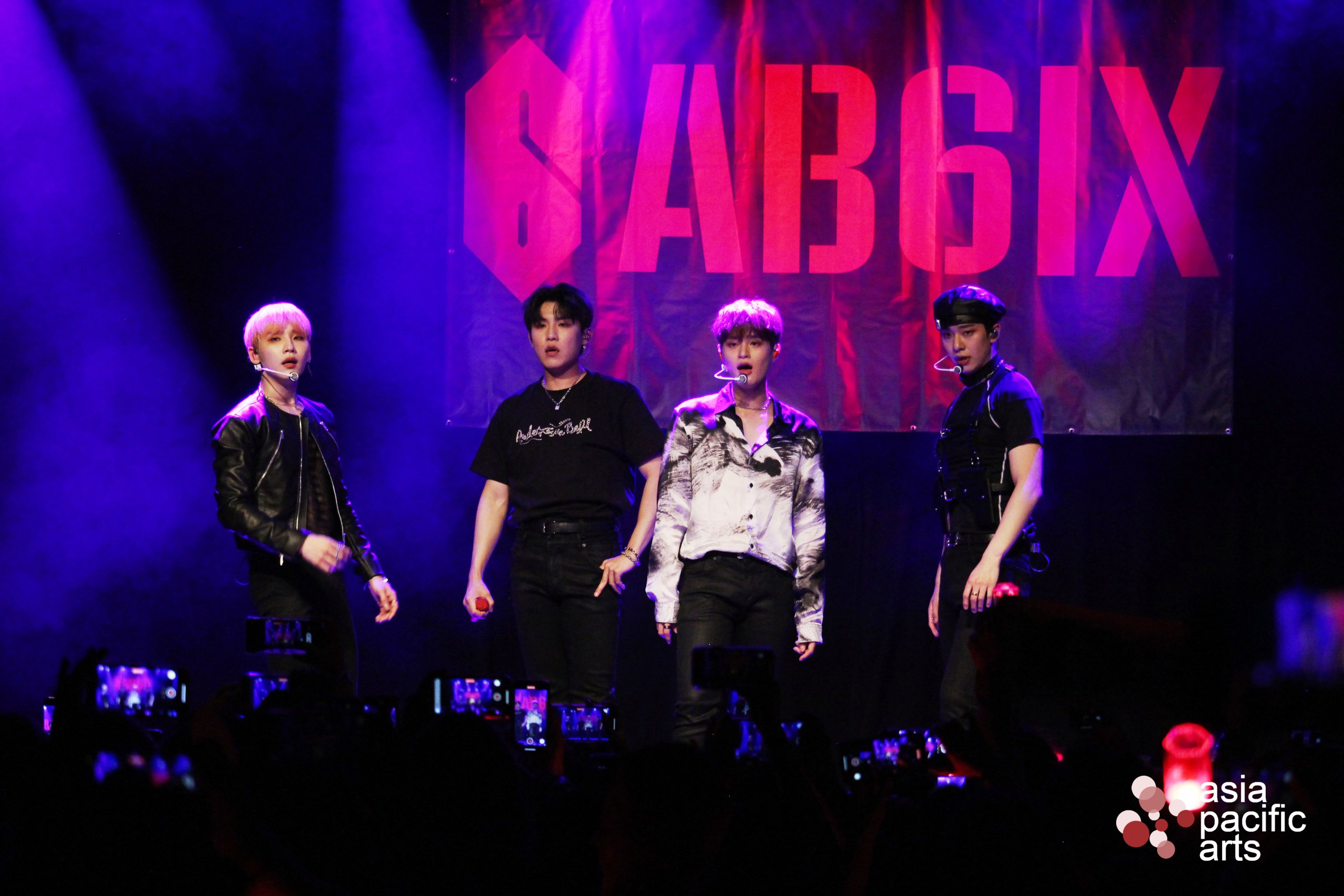