Skip to Content
Home Music Rising Japan Musicfest: A Concert in Your Backyard

Southern California J-pop fans may have been caught off guard by the livestream of a music festival taking place in Riverside County on June 11th to 12th. Tucked away at the pond section of the 130-acre Silverlakes Sports Complex, Rising Japan Musicfest brought in fans to catch a glimpse of their favorite artists. The festival featured a diverse genre of Japanese artists—from legendary rapper Zeebra to pop jazz band Nulbarich—which, on paper, would’ve had plenty of draw to the event. Between main acts, a secondary outdoor stage, named Bubble Stage, kept audiences entertained with rotating DJs in the beer garden.

Visitors to the festival might have been taken aback by the stark contrast between the event and the surrounding active soccer fields. The feeling was likely mutual as crowds of suburban families spent the weekend curiously listening to a variety of Japanese songs at their child’s soccer practice. There was very little overlap in interest as many of the surrounding sporting practices didn’t venture into the festival grounds to shop or try some food from the various Japanese vendors. Unfortunately, the target audience couldn’t have been farther from the event. With nearly an hour drive away from DTLA, Rising Japan Musicfest was a commitment to attend during a 100-degree weekend.

Travis Japan of Johnny & Associates took the spotlight with a crowd of their fans lining up early with their fans and banners in support of their US debut performance. They, as well as the three music acts during the early afternoon, fought the sweltering mid-afternoon heat. The seven-member group was down to six as their official Twitter account announced that Shizu would be taking a break due to injury. According to a representative of Travis Japan, Shizu was incredibly disappointed that he could not be on stage with the rest of Travis, however, he is expected to recover for their performance at Anime Expo. In his absence, the group waved his image on a coat hanger with his outfit on top.

During their two performances, Travis Japan showed off their synchronized dance performance and their vocal abilities.  When a sudden mic issue cut off the backing vocals and stage speakers during their second performance, the group performed acapella with their fans harmonizing to “Happy Groovy” without missing a beat. Although the moment felt like a scene from a movie, the mic trouble was truly accidental and had the stage crew scrambling under the stage to fix the issue.

Another eyebrow-raising moment happened at Nulbarich’s Saturday performance. The band is known for their jazz grooves mixed with eclectic pop-funk, but no one expected such a small audience would be throwing intimate clothing on stage. On their final song, an excited fan threw a bra straight onto stage within inches of the vocalist’s seat. JQ didn’t take notice but would’ve been flattered if he knew. However, this energy from the first day of Rising Japan Musicfest wouldn’t extend to the second day as attendance took a dive.

Distance, interest, and disconnect were some of the many uphill battles the festival had to fight. Despite having more than 5,700 viewers at the peak of the YouTube livestream for both days, it’s possible less than 400 people were there at one time in attendance. Saturday had a 10-hour main event line-up while Sunday had an 8-hour main event line-up, but attendees and vendors began packing up their blankets and chairs long before the last act. If the primary target audience were people interested in Japanese music, it would’ve been interesting to see how the turnout would’ve been if the festival had moved closer to a cultural hub in LA county rather than Riverside. 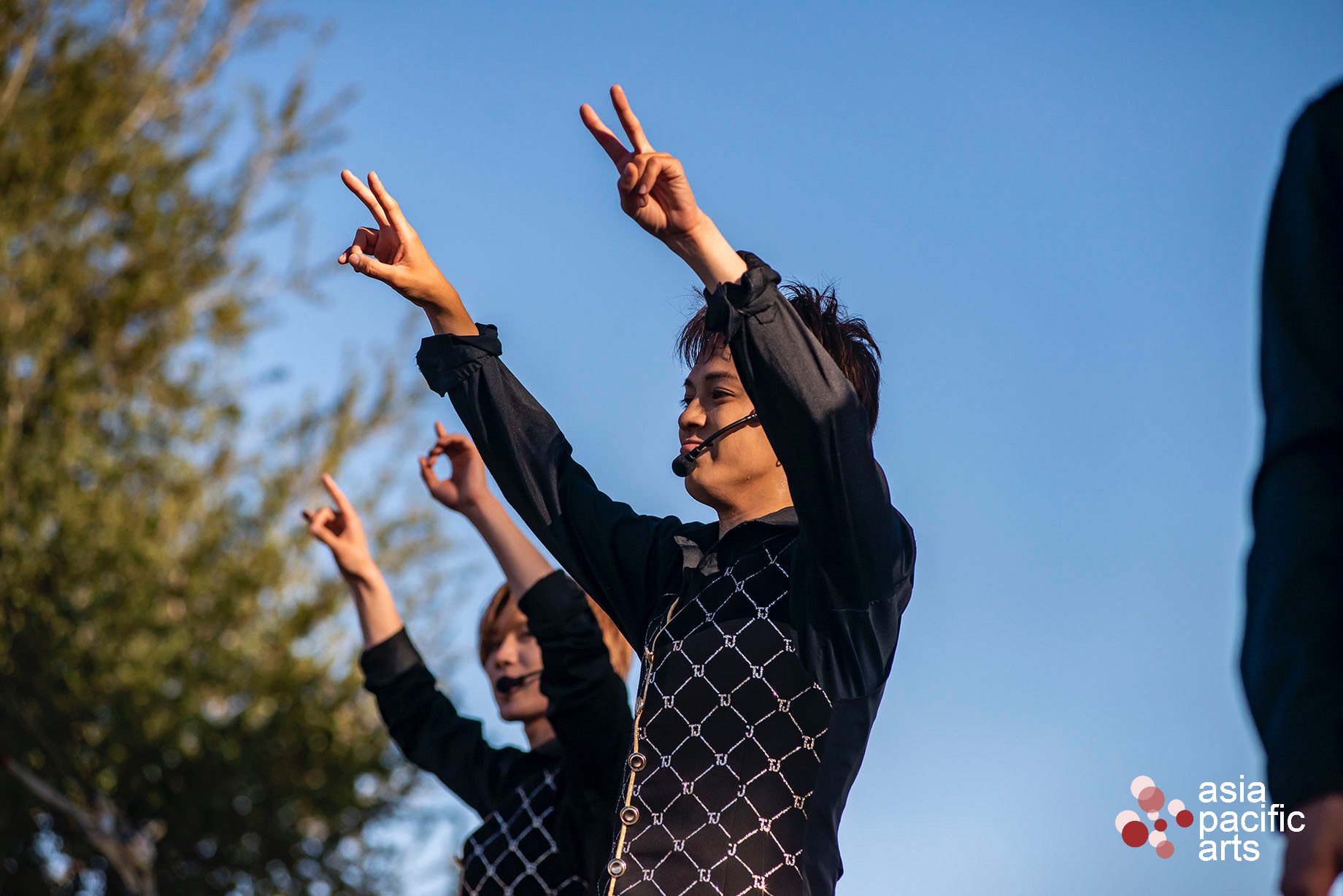