On June 24th, Australian indie rock band Last Dinosaurs will perform at San Francisco’s Regency Ballroom. Now in the latter half of the tour, the band has been traveling across the U.S. with openers Rebounder, and Boy Wonder since late May. Last Dinosaurs bring Japanese band OKAMOTO’s for their final three U.S. shows in California. This will also be the first time OKAMOTO’s has performed in the U.S. in four years.

Most recently, the band released their third single of 2022, “CDMX.” An ode to Mexico, the feel-good song reflects the love they feel for the city. Last Dinosaurs will also be releasing their new album, From Mexico With Love, on November 4, 2022. 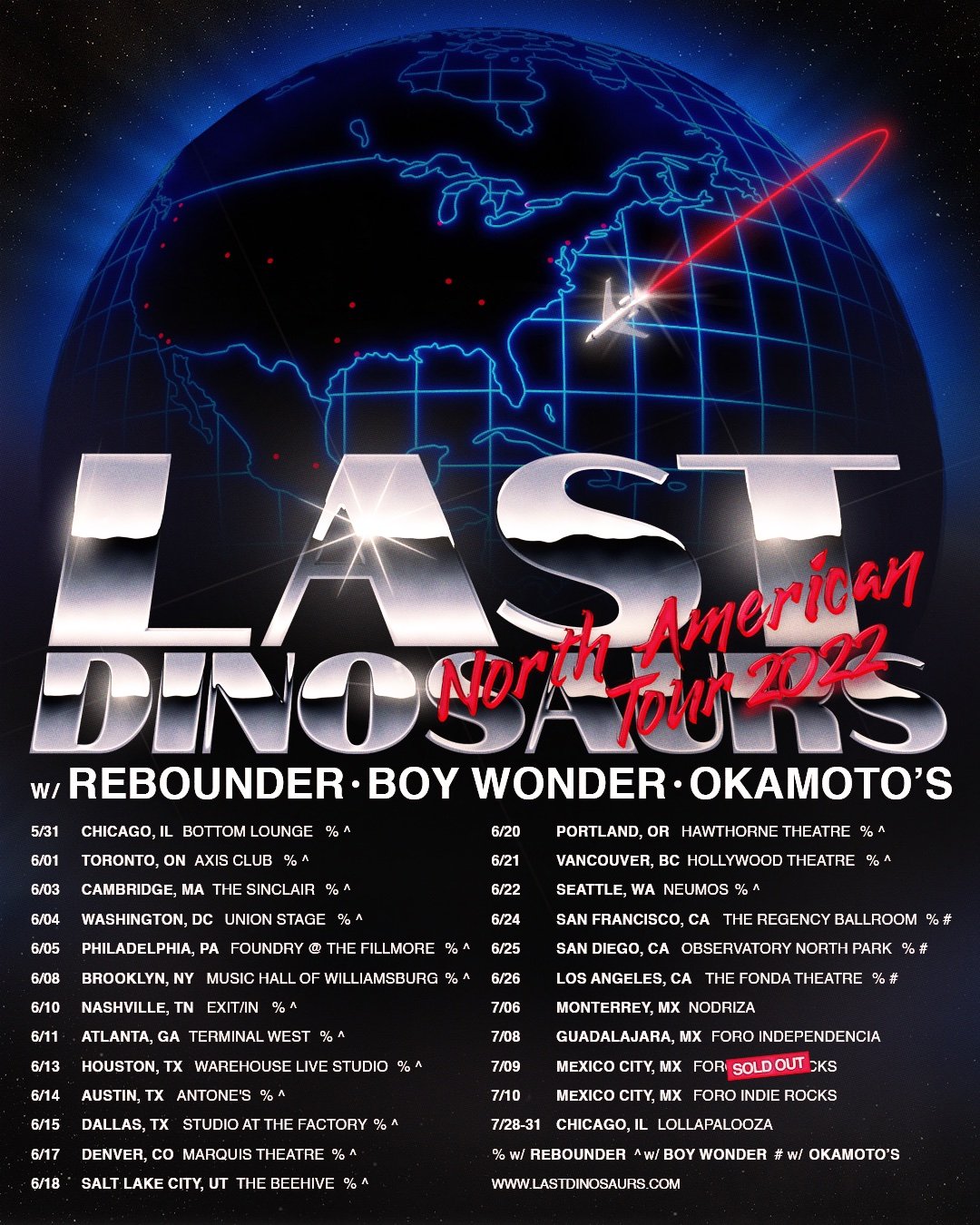