When Korean American singer-songwriter Woosung took the stage at Starline Social Club in Oakland, the small but mighty crowd cheered with glee. The show was intentionally held at a small venue to keep things intimate. Opening with “Face,” Woosung hit the crowd full-force with his signature singing style full of fluttering affectations to the funky bass. Concertgoers attentively hung on every word Woosung sang, diligently echoing every lyric down to the frustrated scream in “Lazy” after the singer exclaimed his distaste for shaving. The atmosphere in the venue felt particularly charged, as it was clear Woosung’s music was deeply resonating with listeners.

Although the show was meant to focus on Woosung’s solo work, he made sure to perform music from his band, The Rose, much to the delight of fans. Showcasing the band’s wide range of work, he sang the delicate falsettos in the sentimental song “I Love You” and the upbeat track “Red,” which had fans jumping along. Woosung also took requests to sing snippets of the band’s other popular songs including “Baby,” “She’s in the Rain,” and “Sorry.” Going down memory lane, he even sang “Beautiful Girl,” which he shyly shared “doesn’t represent who he is anymore.” Fans were overjoyed as Woosung shut his eyes in embarrassment when he rapped the lines, “Hello, yeah my name is Sam / And I like some ham / When they see me / They go damn.” He didn’t acquiesce to every request though; when a fan asked him to take off his cap, he removed it momentarily only to smooth his hair before putting it back on with a cheeky smile. 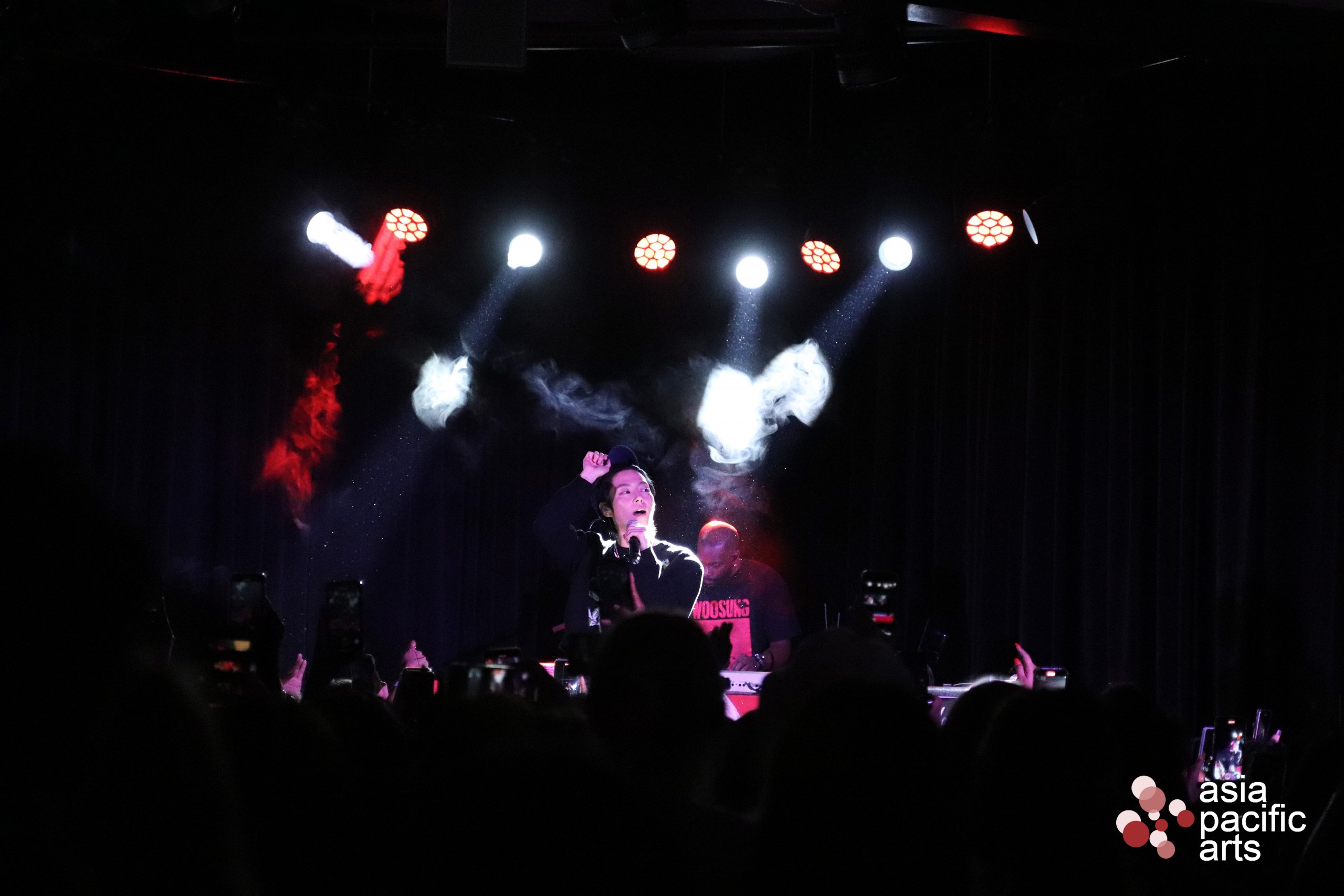 Powering through song after song, the singer took a pause to talk about his latest EP, Moth. Inspired by the often overlooked beauty of the moth, Woosung reflected on the idea that sometimes you just need to shine a light on something to see its true beauty. What made his explanation all the more perfect was that a fan tossed Woosung what looked like a moth plushie that he held up to show off. With the beautifully atmospheric song “Come Down,” the singer aurally created the image of a moth flying free in the sky above all the citylights. Staying true to the theme, he sang about yearning for someone like a moth drawn to the light in “Side Effects,” accompanied with twangy bass. Wrapping the show, he performed his latest title track, “Phase Me.” Exuding coolness, Woosung nonchalantly sang about just how unbothered he was about an ex-lover moving on, with the whistling in the chorus elevating his indifference.

There’s a stark contrast between when Woosung is performing and when he’s talking to the crowd. When he’s singing, it’s like he’s in his own world, letting himself go to the music and moving with no inhibitions. His performances were filled with emotion, whether he’s crooning a sweet love song or belting an angsty anthem. On the flipside, he’s quite reserved when speaking, but his fans had no issues with being vocal about their support. It’s a cute dynamic, seeing the crowd encourage him every chance they got and his humble responses. The intimate showcase put a spotlight on Woosung, bringing together his fans to see Woosung come into his own through his first ever solo tour. 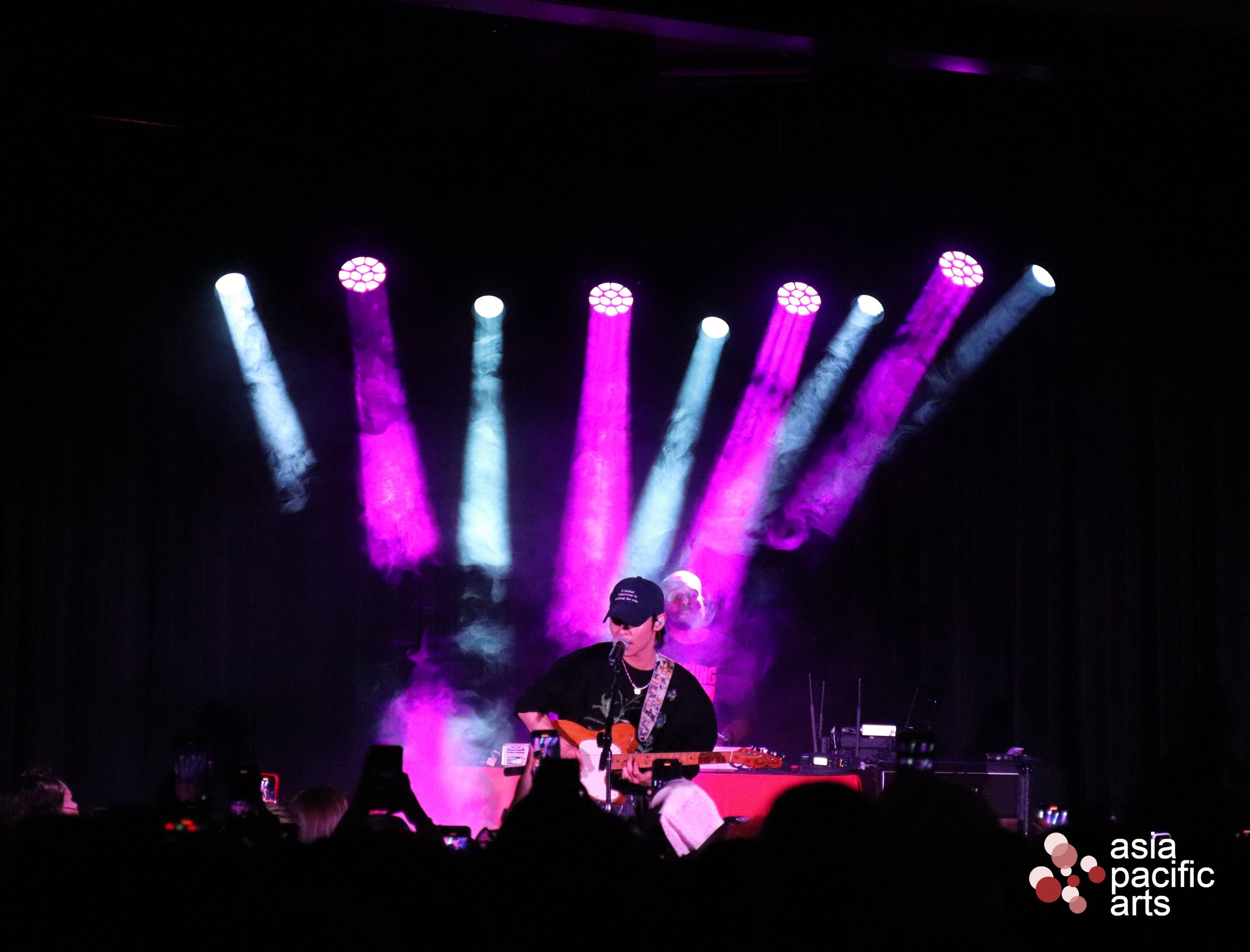