With summer quickly approaching, it’s the perfect time to enjoy a fun and meaningful summer love story. Prime Video’s newest series, The Summer I Turned Pretty, follows the lives of Belly (Lola Tung), her brother Steven (Sean Kaufman), and their friends Conrad (Christopher Briney) and Jeremiah (Gavin Casalegno), as they experience a summer they’ll never forget. Prior to the release of the show, APA sat down with author and executive producer Jenny Han, and actors Lola Tung, Christopher Briney, and Gavin Casalegno to discuss the show, their inspirations, representation, and more.

With the book series having been released thirteen years ago, one immediate question was “Why now?” To this, Jenny described the reasoning as waiting for the right moment: “There has been interest over the years since it first came out in making it a TV show or movie, but it never quite felt like the right fit. But, I think it was because I wanted to do it myself, and after I got more experience in To All The Boys, I was in a position to take that swing.”

With so many fans anticipating the project, the actors and team focused their efforts on creating a series that would meet their expectations. Lola said, “I know how important that is for them [fans] when you have something that’s so near and dear to your heart, and it’s so special and nostalgic.” Christopher also admitted that knowing of the book series’ success added a lot of pressure: “What I had to keep reminding myself was that everyone who’s reading this book has an image in their mind, and there’s no way that [what we create] will all align or everyone will love you, and that’s okay. You just have to trust that Jenny knows what she’s doing, and she trusts us to help tell this story.” In terms of handling the pressure, Jenny emphasized the importance of finding the middle ground: “There’s a tricky balance between serving the fans and serving the story. Because it’s a different medium, I know that some book fans in general want things to be just like the book, and I think some people are more open, and then you also have a whole new audience that has never even read the book before. So you kind of need to serve everybody, but I will say that I was always thinking about those longtime readers, and wanting to make sure they were always in my mind as I adapted it.”

One big difference between the books and the series was the ability to expand more on different characters, which may be a plus for book fans who always wanted to know more about certain characters. “A TV show world is bigger than the books, because in the books, we’re really in Belly’s head. You’re only seeing what Belly sees,” Jenny shared. “But for a show, we’re able to expand out and spend time with the other characters. For instance, Steven in the book leaves to go to look at colleges with his dad, yet on the show, we were able to keep him the whole time and be there for his journey as well. The first season [of the show] stays pretty true to the books. I would say there’s a plan for everyone, but there’s always room for surprise. You just never know who is really going to pop for you, and you might feel like there’s another idea for this character that maybe you didn’t have before.” 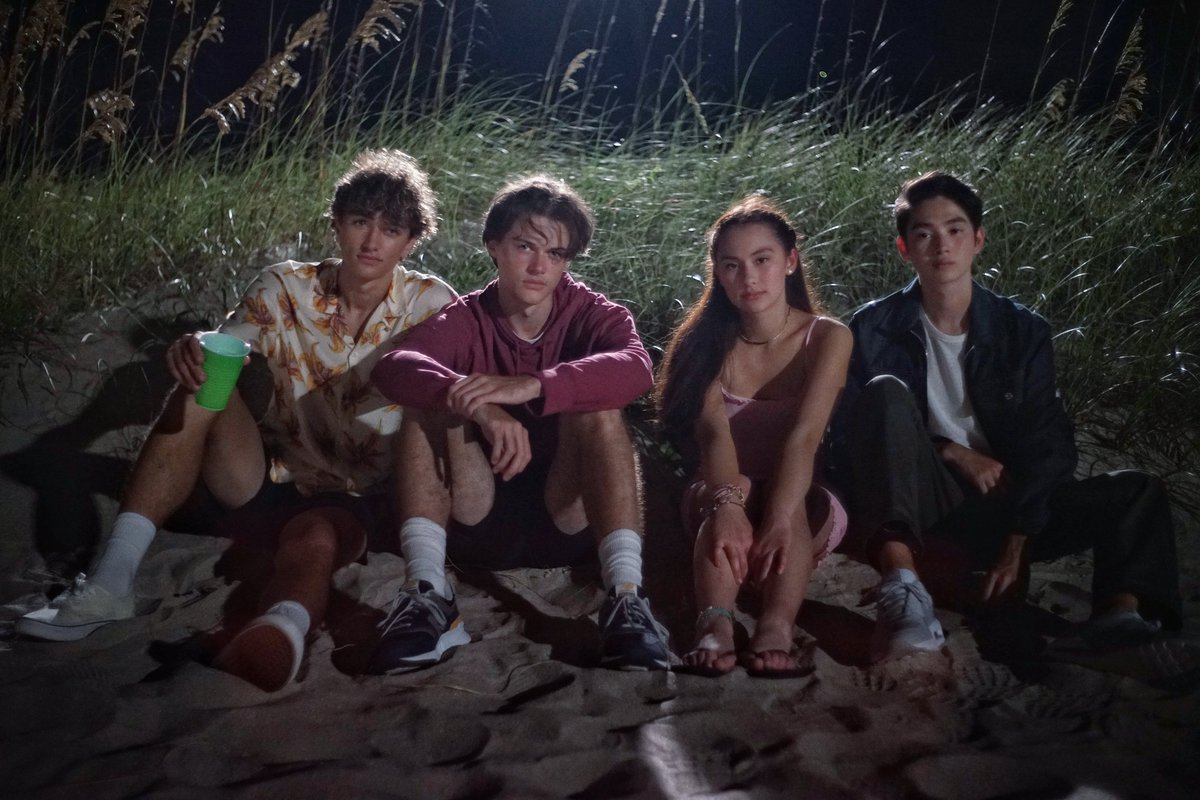 While this book trilogy was such an integral part of growing up for so many, Jenny and Lola both had their own influences and inspirations growing up. Reminiscing their childhoods, Jenny credited Baby Sitters Club, Judy Blume, and Lois Lawry as her favorite book series and authors from her youth. For Lola, the Junie B. Jones series in particular comes to mind: “I had all of those books when I was little, and I think I saw a live stage production of it when I was really young.” Aside from book influences, the duo also experienced the struggle of growing up and seeing little to no representation of themselves on screen. Addressing that, Jenny has become known for being an advocate for Asian representation in Western media, with her series To All The Boys I’ve Loved Before being one of the first and few romantic comedy films with an Asian American actress as the lead. Jenny said, “It’s an honor to be able to contribute something to it, and it’s very fulfilling to me as a creator. I think about how hard it was for To All The Boys to be made, and to have an Asian American lead for that. Now, with that success, it made things a lot easier for me on this next one, so being able to see this family on TV, was something you maybe wouldn’t have been able to see even a few years ago, so that is really special.” Similarly, Lola also couldn’t help but use the word “special” to describe the whole experience: “To be surrounded by other Asian American actors like those in my family on the show, and to be surrounded by Jenny and Jeff [Chan], one of our directors, and to be part of this has just been a really, really special experience, and I feel extremely grateful to be here.”

Not only serving as the executive producer for the show, Jenny also participated in the casting process. With the success of To All The Boys I’ve Loved Before and its sequels on Netflix, her newest project garnered great interest. She said, “We looked for so many Bellys, and I was actually really heartened by how many great young women we met with and saw tapes from. But I will say, I saw Lola’s tape and I just wasn’t able to forget her.” Agreeing with Jenny, both Christopher and Gavin recalled their chemistry reads with Lola. Gavin noted it as the most fun chemistry read he’s ever had, and while Christopher had chemistry reads with three different potential Bellys, the one that stood out immediately for him was also Lola.

Choosing to audition for their respective roles was an easy decision for the three young actors, despite only reading the series after they each landed the role. Each of them was able to relate to their character in part due to their similar ages, but also because they each have personality traits reflected in their characters. For Lola, “Belly was very relatable. You know, I’m 19 years old, so I can remember very well what it’s like to be 16, and what it’s like to feel all of those emotions and to want to have that sense of independence to sort of create your own path and make your own decisions for yourself. I definitely feel like now, as a 19-year-old, I’m still doing all that stuff and figuring everything out, and going through many of the same things that Belly is going through. I thought it was really beautiful, how that was being captured and brought to life in this show.” While Christopher definitely feels like he’s more of a Conrad, he also acknowledged the differences between his personality and his character’s: “I think a lot of the things about Conrad are things that I’ve already dealt with in my life, like some of the angst and shelteredness.” Gavin wholeheartedly agrees with his onscreen older brother, also believing he’s outgrown some of Jeremiah’s traits, but still feels like he is just like his character: “I really related to Jeremiah, especially just wanting to be best friends and care for everybody. It’s kind of a trait that he has which is just so special and unique, but also comes with a lot of downfalls.”

More than just a summer love story, The Summer I Turned Pretty is also a coming-of-age story for these group of teens who are trying so hard to discover themselves amid explorations of various types of love, familial, platonic and romantic. “It made me appreciate those relationships in my life even more. No love is more important or more special, it’s just different,” Lola said. “My best friends in my life are some of the most important people, and I cherish them and our relationships, so it was really cool to get to explore that with Belly.” While Christopher and Lola honed in on the equal importance of all love, Gavin also mentioned how important it is that these types of love make the show all the more realistic: “It’s a good depiction of what life really is. It sounds so philosophical, but life isn’t just a little summer fling. It’s not just a little romantic relationship, there’s so much more involved. To not put that in the series would do it an injustice, and I think that Jenny did a great job of balancing all of those things together to make a series that people are going to be able to really see themselves in.” 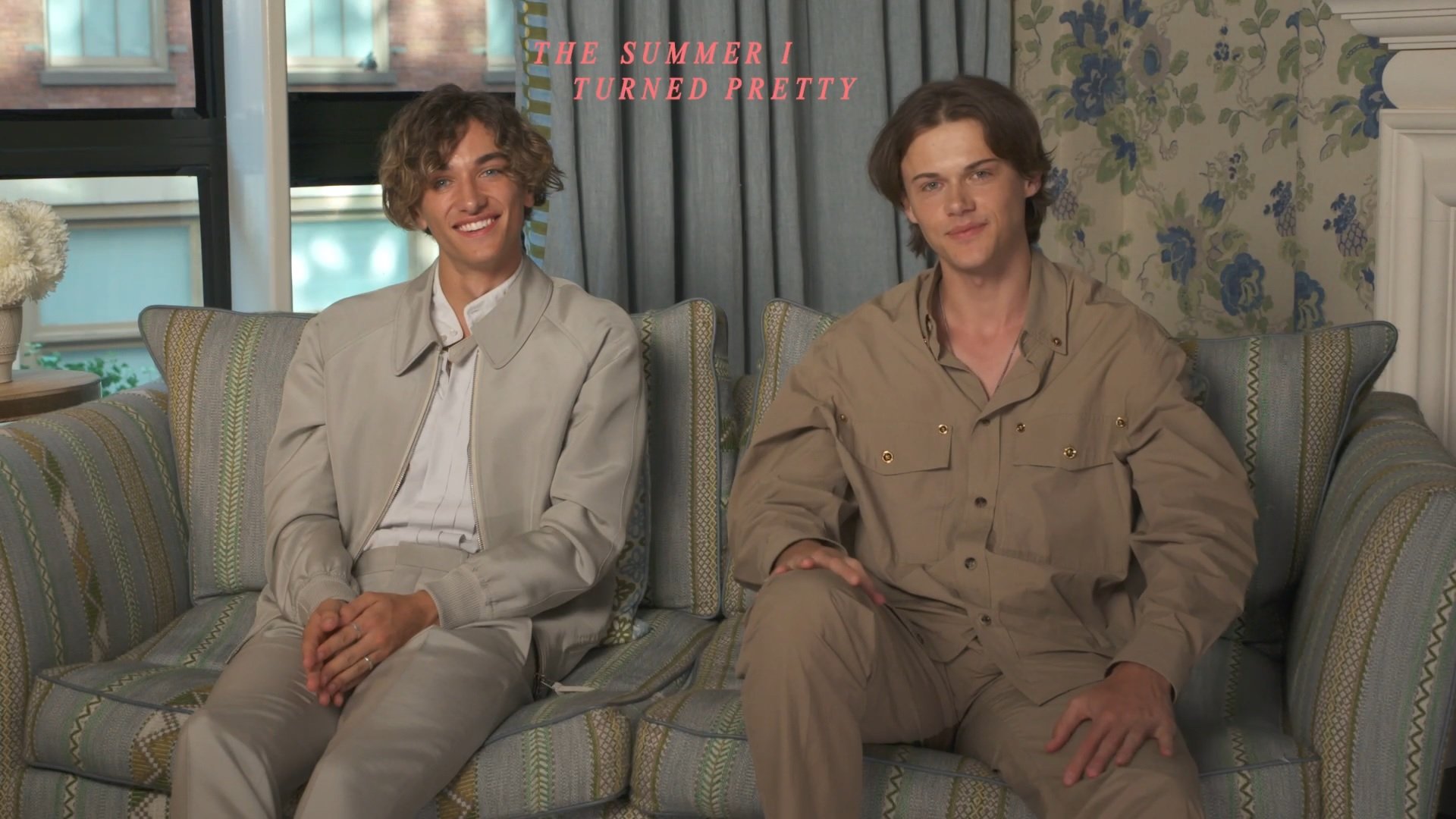 For the teens of The Summer I Turned Pretty, the pool at their summer beach house is an integral part of their summer. Learning to deal with her emotions and navigate her life, Belly finds solace in going for her solo night swims and being at peace in the pool. For Jenny and the actors, their version of the pool and swimming comes in different forms. When stressed, Jenny loves to bake: “I think there’s something very meditative about the process of baking, where you’re measuring ingredients, making different movements, and then seeing something come to completion. While a book can take as long as it takes, and you’re never quite sure when you’re done, there’s something very satisfying about starting a project and then having a product that I can then share with my friends.” For Lola, stress can be relieved with music: “I think I really love to sing, and I play the guitar a little bit, but music is such a great little escape. It’s another great art form, like a way to express yourself.” Meanwhile, Christopher and Gavin turn to sports, like their characters. Christopher spent thirteen years of his life playing baseball, and in college, also started skating. Speaking about his athletics, he also recalled a funny story from filming the show. “I sprained my ankle right before we started shooting, and I didn’t tell anybody on the crew because I didn’t want to get in trouble. So, I just wrapped it up everyday and it was fine,” he revealed, as Gavin burst into laughter at the memory. For Gavin, he finds solace in a few things. “Recently, volleyball has definitely been something I’m really passionate about. Beach volleyball, specifically. I love soccer, although I haven’t been playing as much, and I also love camping a lot, and my faith.”

Season one of The Summer I Turned Pretty will be available to stream on Prime Video on June 17. The series also received an early renewal for a second season.