Singer-songwriter NIKI announced her 2022 North American tour, Nicole. This tour will be the singer’s first headlining tour, and will kick off in September in Seattle before heading all across the country and finishing in October in Los Angeles.

Born in Indonesia, NIKI got her start when she performed as the opening act for Taylor Swift’s The Red Tour in Jakarta after winning a competition. She also opened a YouTube channel around the same time, uploading original songs and covers for her 40,000 subscribers. In 2017, NIKI moved to Nashville to study music, and soon after, she signed with 88rising and released her first two singles, “See U Never” and “I Like U,” that same year. Since then, the artist has released music of various genres, including “Vintage,” “Hallway Weather,” “Split,” and “Indigo.” She also participated in five songs on Marvel’s Shang-Chi and the Legend of the Ten Rings soundtrack. Her most recent release, “Before,” came out earlier this month, and is part of her upcoming album of the same name as the tour. 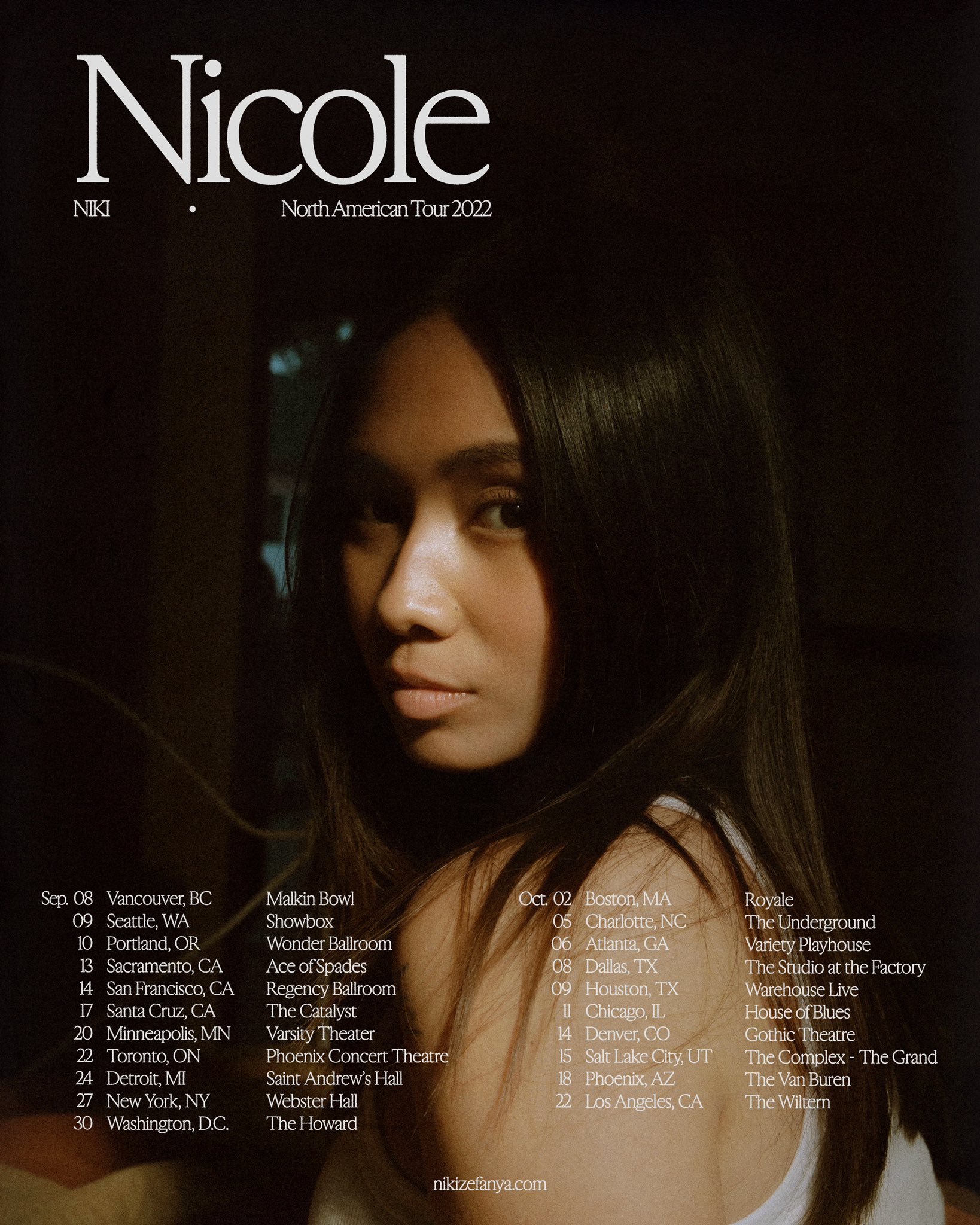