Self-described “Sad Ukelele Girl,” mxmtoon performed a night of fancy-free acoustics to her sold out LA show at the Fonda Theatre. Originally hailing from Oakland, the young musician started her career with bedroom pop tracks recorded from an actual bedroom with GarageBand. Coming up on five years since her initial launch of self-published music on YouTube, the singer released her second album, Rising, a day before her first LA tour stop. After a recent boost in popularity from her work on the webtoon-adapted teen drama Heartstopper soundtrack, fans were even more excited to see her perform in-person.

Opener chloe moriondo—purposely stylized in all lowercase—wistfully serenaded the audience without a support band. Her solo act was unintentional as the other member of her touring band had to rest due to a non-COVID-related illness. She had no problem holding her own, with her smile radiating joy despite the stage’s moody blue lighting. Sporting her heavily stickered electric guitar—later switching it out for an equally embellished acoustic guitar—Chloe interspersed songs of insecurity against ones of romantic longing. After a bourbon-smooth set, she closed with a haunting performance of “I Want to Be With You,” her hit song mentioned in the webtoon, Heartstopper.

Under a shower of purple and pink lights, mxmtoon took her position on stage with “Falling for U.” Her live renditions of old and new tracks offered a soothing balm for the soul, enveloping the crowd in a warm blanket of vocals. Donning a seasonally fitting butterfly mesh dress, the singer waved a rainbow flag—given to her by a fan earlier in the evening—as an intense red backlight transitioned to a radiant white spotlight. The singer swayed and echoed her rallying call in “no faker.” She has been open about her bisexuality and cheering on those who are discovering their identity. Viewers of Heartstopper roared into a fever pitch as they heard the first notes of “Fever Dream,” which was included in the soundtrack of Netflix’s adaptation.

In a heartfelt moment, mxmtoon showed the crowd a vulnerable and personal side of her songwriting. Her comfortable, casual tone discussing anecdotes about her life is akin to a natural conversation between close friends. She confessed, “There are few reasons I would name a song, ‘florida.’ I wrote it about my grandfather.” These words resonated with the crowd, as everyone has experienced the feeling of isolation from family and friends during these past two years. But these moments of crisis remind us to “appreciate the time with the people you love.” The crowd was brought to tears as mxmtoon cried during “almost home,” lamenting that her set was ending soon.

mxmtoon’s relationship with her listeners, both on and offline, transformed the atmosphere of her concert into a homecoming rather than a show. Saving her biggest two songs for the encore, mxmtoon closed off the night with “prom dress” and “mona lisa.” In the non-linear journey of self-growth, the future is unpredictable. But to that, mxmtoon sings: “I’m ready to start a new chapter.”

Click on the photo below to see all our photos from mxmtoon’s concert in Los Angeles on Facebook! 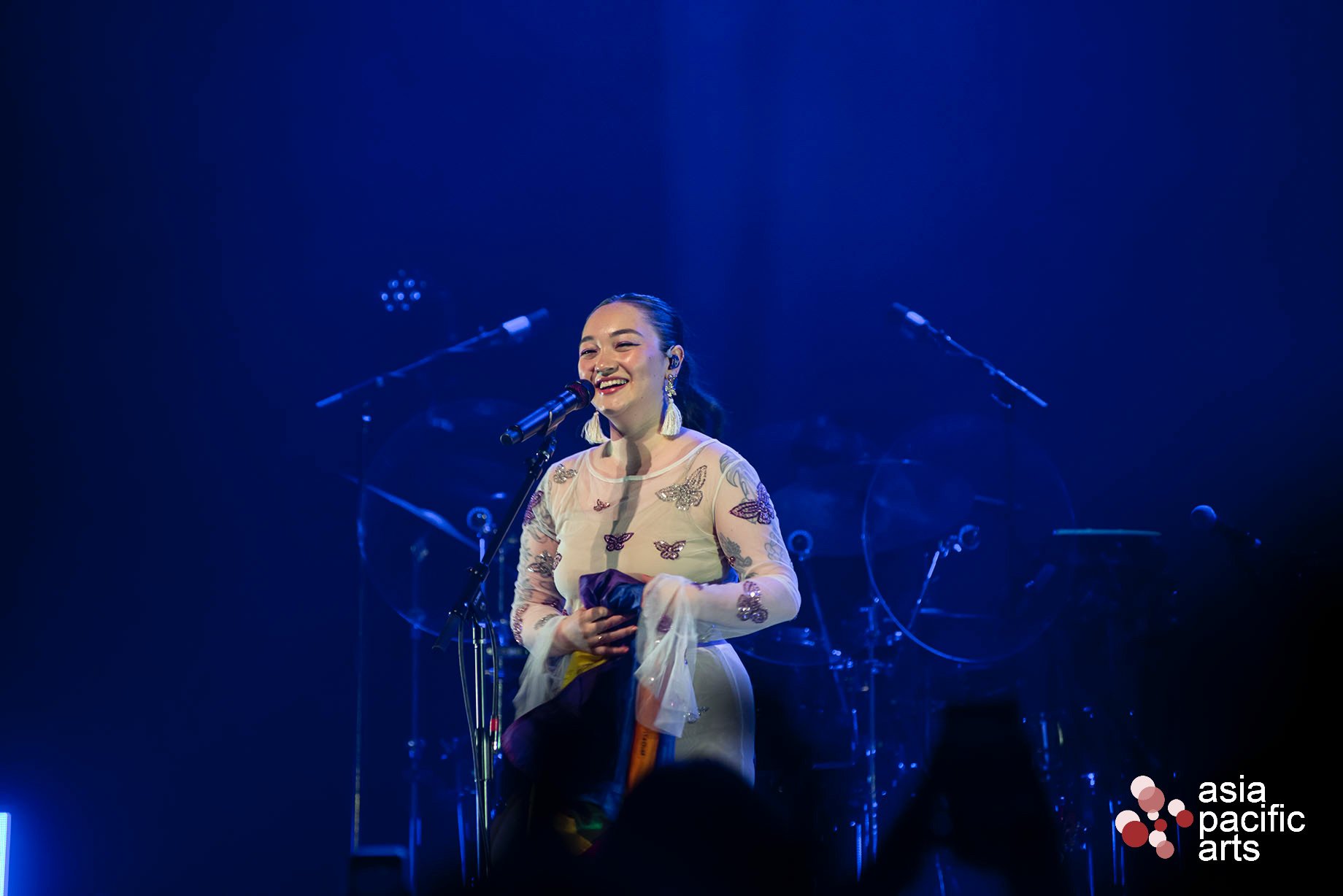