Skip to Content
Home Music LOONA to Embark on U.S. Tour This Summer

LOONA will be setting off on their first world tour, “[LOONATHEWORLD],” this year. With more dates and locations to come, the group has so far announced that they will be hitting the States in August, starting in Los Angeles, and working their way east to finish their U.S. tour in New York.

Having been introduced to the public in an unprecedented way, each twelve members of LOONA released solo and unit contents before the group officially debuted in August 2018 with “Hi High.” With so much pre-debut activity, the group had already built up anticipation and a fairly large following before their debut, and their first album consequently debuted at number two on Korea’s Gaon Album Chart. In 2019, the group made their first U.S. appearance, performing at KCON Los Angeles. The group’s latest comeback was in June 2021 with “PTT (Paint The Town),” and most recently, the group has been competing in Mnet’s competition show, Queendom 2. 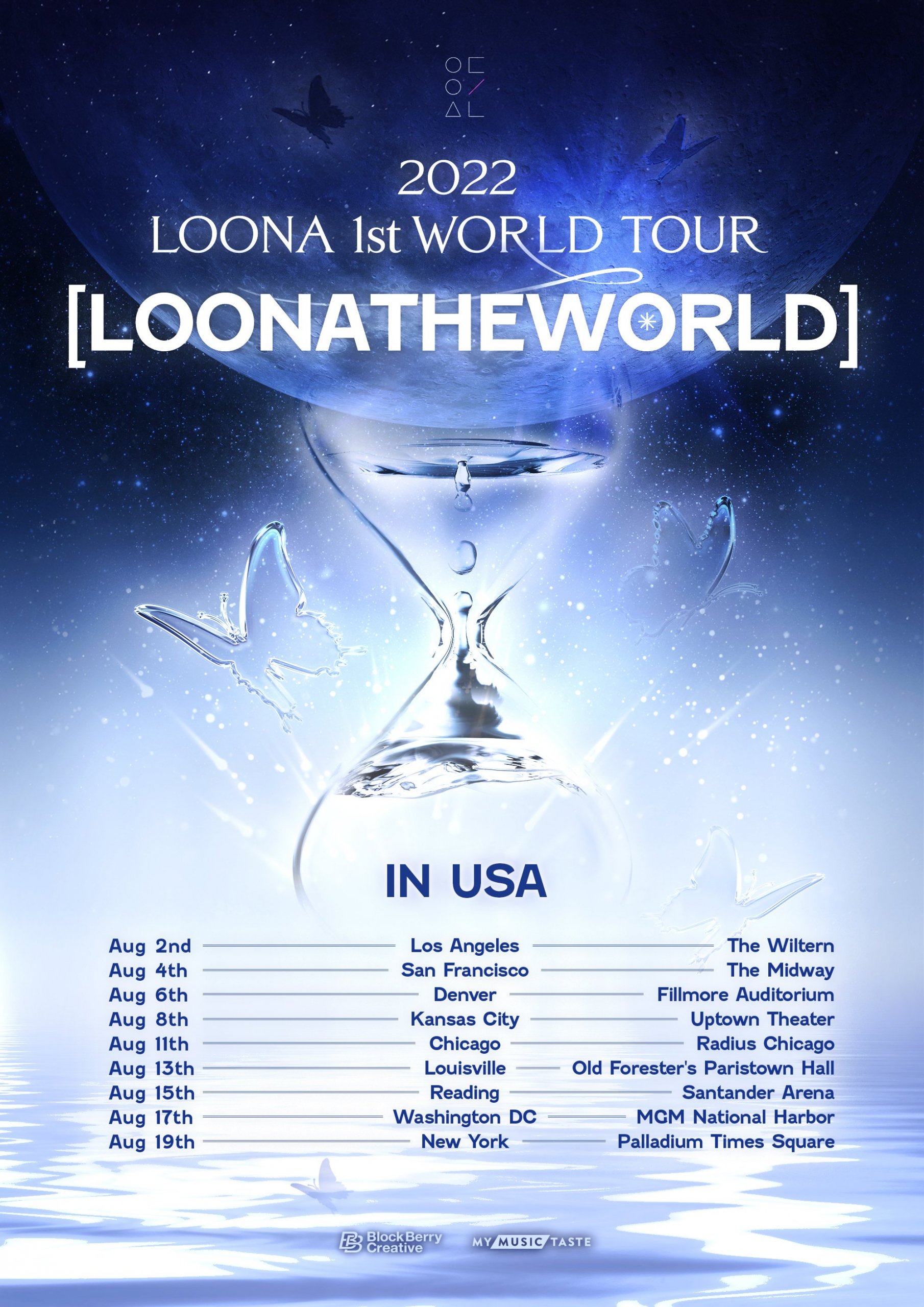