For the last stop of their U.S. tour, artists from Korean music label GROOVL1N hit the stage at the Teragram Ballroom on a warm Sunday evening in Los Angeles. While the tour originally was planned to feature four artists, unforeseen circumstances led to only Xydo and founder RAVI participating in the U.S. shows.

Xydo kicked off the show, alternating between showing off his sweet vocals and occasional rapping. Accomplishing his dream of performing in the U.S., the soloist performed with palpable excitement, inciting compliments and praise from the crowd. Responding to nearly every “I love you” and “you’re so handsome” thrown at him, the only time Xydo could keep a smile off his face was while he was singing. Like a giddy child at an amusement park for the first time, Xydo eagerly provided the audience with a little lesson before singing “#OOTD,” prompting everyone to sing along to the chorus of the song. The singer also performed songs such as “Free” from the Korean drama Twenty-Five Twenty-One OST, “Me Without You,” and “Spotlight,” looking around delight and surprise as the audience knew his songs and sang along.

While Xydo looked at the audience with an awestruck innocence, RAVI stepped on stage with the confidence of a veteran. Having toured the U.S. in the past with his group VIXX, RAVI was right at home on stage. Jumping into his set, RAVI performed songs such as “Winner,” “Cardigan,” and “Rockstar,” without breaking a sweat. Commanding the audience with just a simple gesture, the rapper had the audience waving their arms back and forth, pumping their fists in the air, and jumping around to songs like “Warrior.” Casually offering fan service, Ravi leaned down close to the front row audience, ripped his shirt off, and tossed it into the crowd during the encore. Since the venue was on the smaller side, the view was great from everywhere, and the concert felt much more intimate. In hip hop concert fashion, RAVI also made sure to spray the audience with water. The small venue meant that everyone got splashed, ensuring everyone was part of the shared experience.

Wrapping up, Xydo returned to the stage with RAVI to perform their song “Mint Chocolate” and end the night. The short and sweet show featured the talent of both an up-and-coming singer and a veteran performer from GROOVL1N, leaving fans eagerly awaiting the next time the label returns with hopefully more artists.

Click on the photo below to see all our photos from GROOVL1N’s concert in Los Angeles on Facebook! 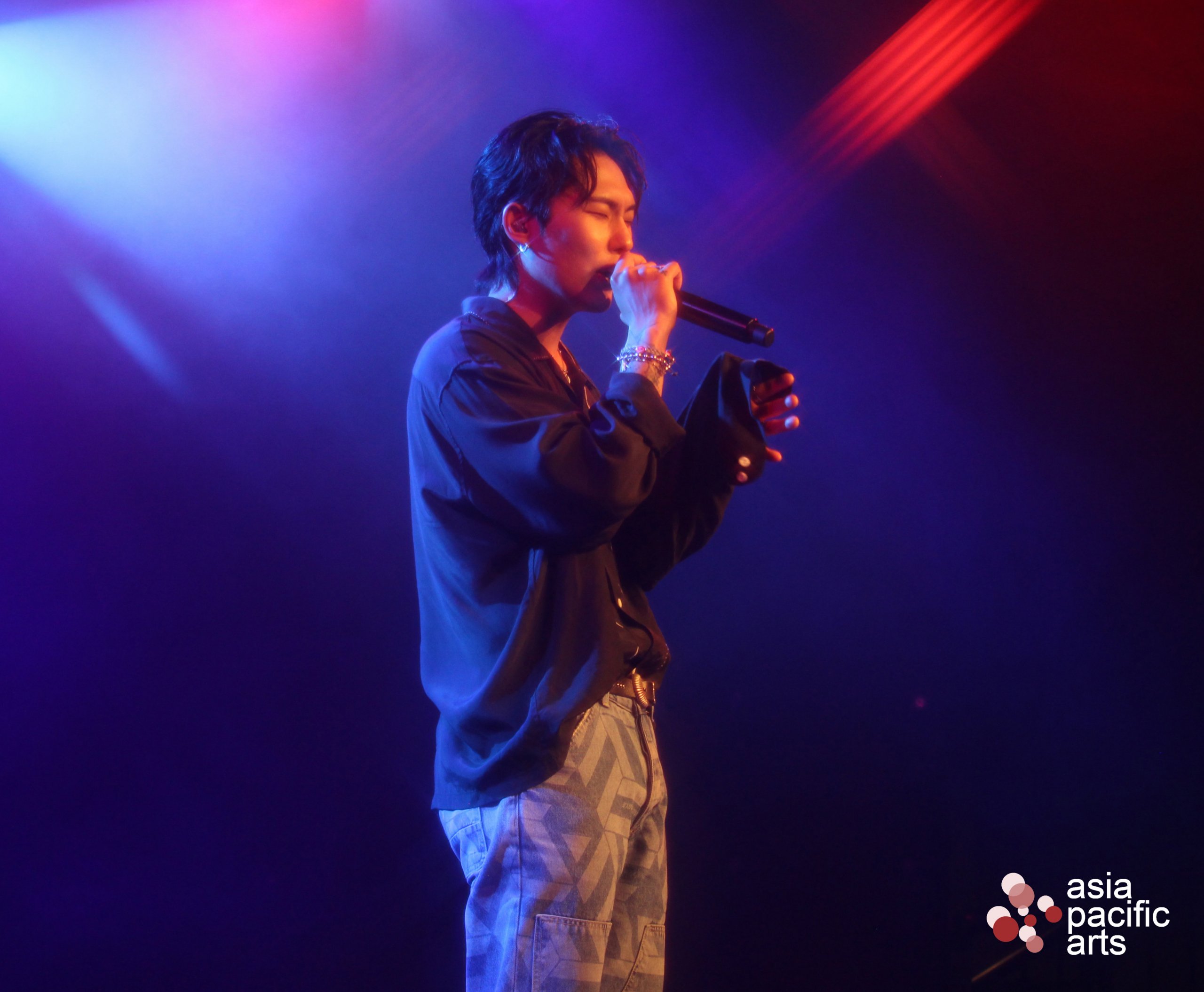