For its sixth year, HBO and HBO Max presented the theme of “Power of Love” for their APA Visionaries short film competition. The top three chosen from hundreds of submissions were awarded with cash prizes, and the opportunity to license and premiere exclusively on HBO and HBO Max starting May 19th. While all of the short films portrayed the theme of the year, each of the top three is still unique in their own way. 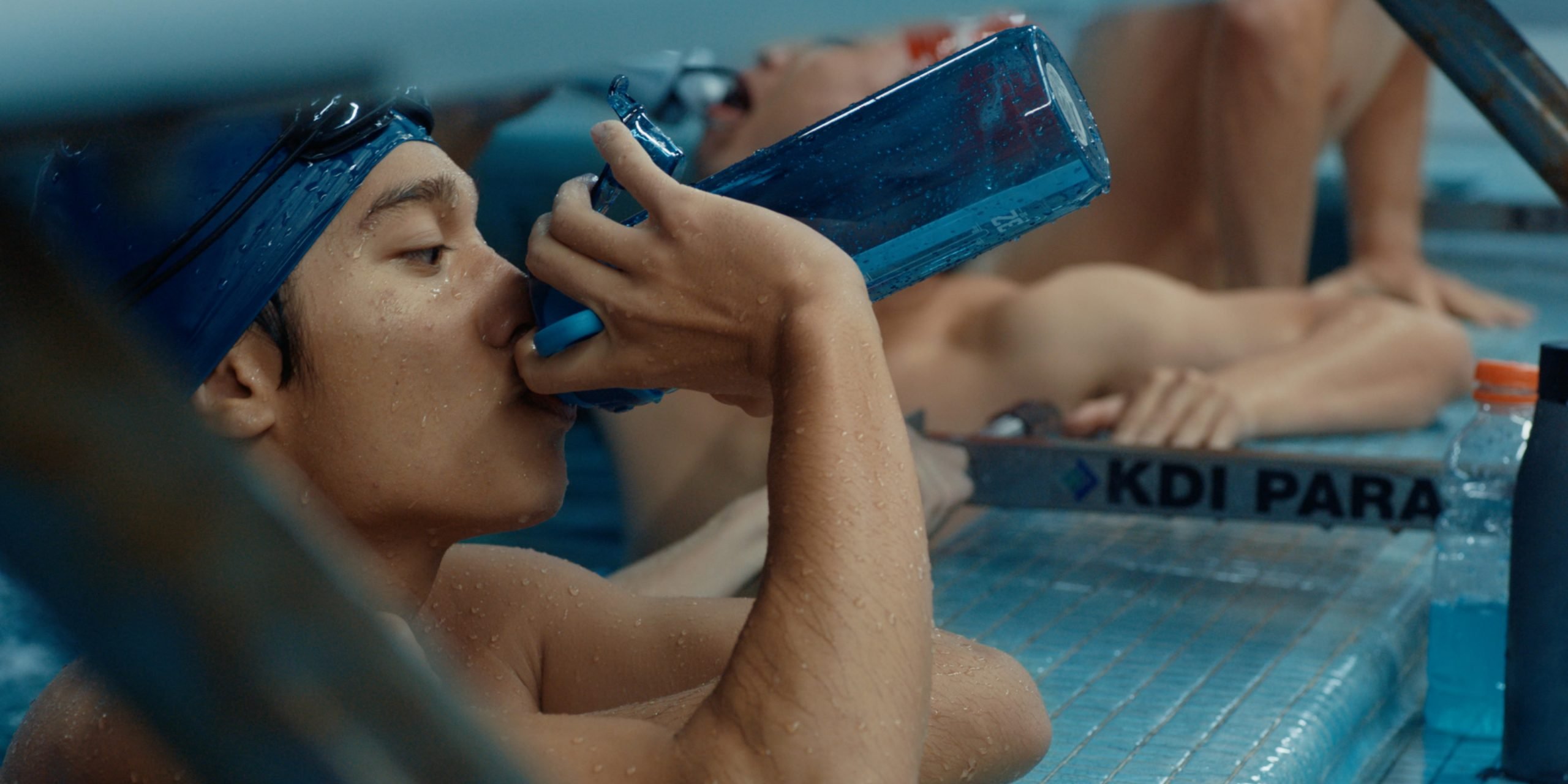 Coming in third place was Skin Can Breathe, a beautiful coming-of-age story written by Chheangkea, a Cambodian-American director who found his passion for filmmaking while in school for architecture. The film shows a young high school student who falls in love with one of his swim teammates, and tries to figure out what that means for him as a queer Asian boy. After swim practice one day, the protagonist goes grocery shopping with his mom. Despite being with her, his thoughts are still filled with his swim teammate.

Director Chheangkea mentioned that his desire to create this film was inspired by his own upbringing. Growing up in Cambodia, he was constantly around water. When he moved to the U.S., he joined the swim team in high school and had to learn his way through his difficult young adult years as a queer young man, much like the film’s protagonist. In addition to the heartfelt story, the film is paired with stunning visuals of various underwater shots and scenes that look like they belong in a big screen feature film. Smooth transitions between each filming location and the cameraman’s focus on certain small details and angles add an extra dimension to the movie. The protagonists in this film show love through small acts of service, helping one another out here and there without any need for words. An easy to follow story and beautifully shot scenes are proof enough for why Skin Can Breathe was chosen as one of the top three finalist films. 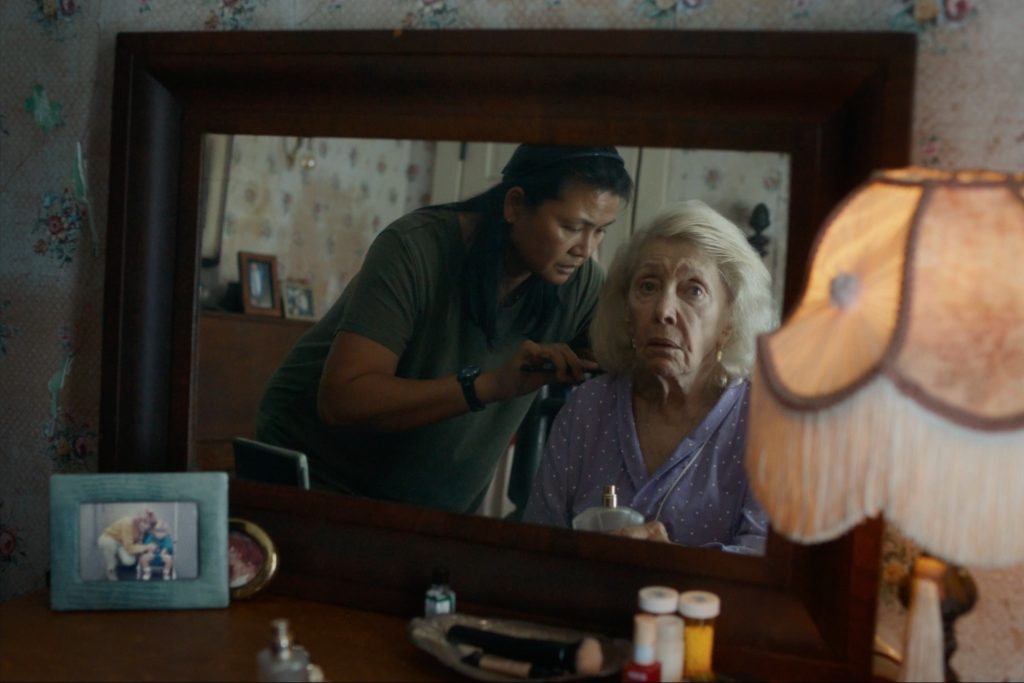 Second place went to The Gift, a relatable story for many first generation working class immigrants, created by Indian-American director Gauri Adelkar. The film tells the tale of a Filipina woman working as a caregiver in the U.S., who finds out her mother back home in the Philippines is sick just before Mother’s Day. With heavy guilt weighing her down for not being able to go home to see her ill mother, the protagonist continues her day taking care of an elderly woman whose daughter does not prioritize coming to see her mom.

Dialogue aside, the protagonist speaks volumes with just her facial expressions and her portrayal of her emotions. While continuing her work for the day, she tries to hold all her emotions in, her anxiety, fear and grief. Because of the clear intent to keep her emotions at bay, the ending where they are on full display as she reminisces old memories is even more impactful. The emotional story is inspired by Adelkar’s own life and the pandemic, being away from her family in Bombay for so long. The Gift shows viewers another type of love — even if she cannot be physically together, the protagonist’s love for her mother does not dwindle, and her love for the elderly lady whom she cares for is also shown through her actions rather than words. 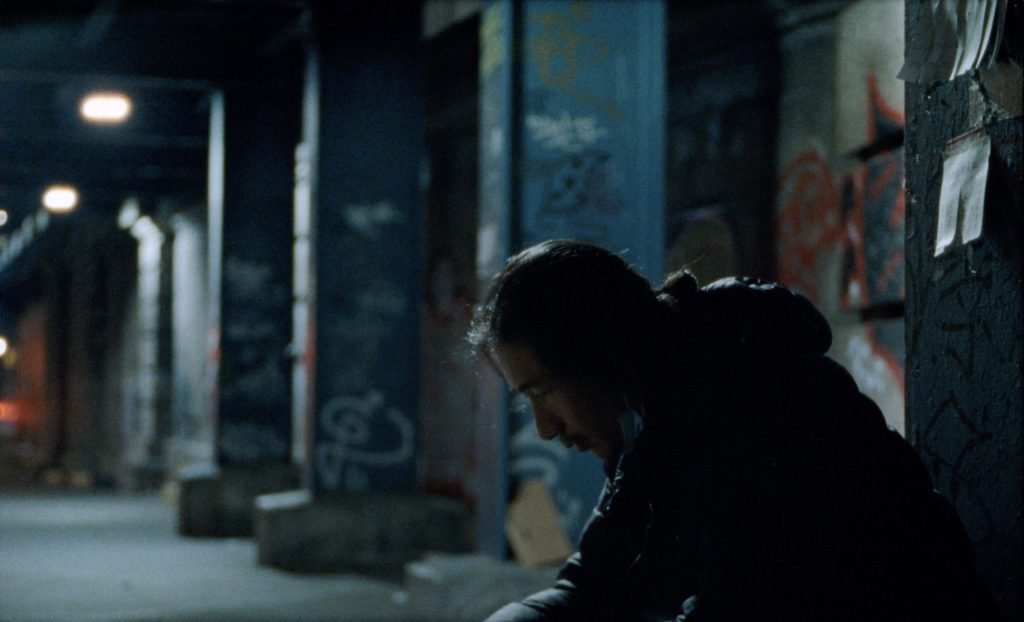 Taking first place was Same Old, an emotional story following a middle-aged delivery driver on a night shift, written by Korean-American director Lloyd Lee Choi. The film follows the protagonist, who makes food deliveries on a bicycle, as his night is filled with nothing but bad luck. Despite the series of unfortunate events throughout the film, he still ends his night with a thoughtful act for his wife and mother, who are awaiting his return home with a warm, home-cooked meal.

Many immigrant families understand the struggle to make ends meet, and it sets a somber tone to start the film. With camerawork that mimics a bystander’s point of view, muted lighting that reflects an average day in New York City, and the bustling sounds of nighttime city life, the movie feels like a documentary. Interestingly enough, Lloyd Lee Choi’s casting choices were not actors, but rather regular people he met while preparing to film the movie. This helps viewers see themselves in the film, and as each bad occurrence happened to the protagonist, the audience waited with bated breath, hoping he would make it home safe and sound.

With the theme focused on love, Same Old portrays love in a comfortable way many people in the AAPI communities are used to. Rather than verbalizing declarations of love, the protagonist shows love by answering his wife’s every phone call, listening to her, and doing his best to bring home what will make her happy, despite his own struggles. He shows love by being selfless, and when he’s welcomed home with a nice sit-down meal, it’s almost as if all the day’s hardships are washed away with each bite of food he enjoys.

Skin Can Breathe and The Gift will be streaming on HBO Max soon, and Same Old will be heading to the Cannes Film Festival, and is aiming to become a full feature film by the end of this year.