Following her first ever Coachella performance, Kyary Pamyu Pamyu held her own solo concert at the Fonda Theatre. In celebration of her 10th anniversary, the J-pop singer is on her largest tour to-date, “Candy Wave,” and she served Los Angeles a sweet spectacle.

To set the mood, the crowd was greeted by two large hand sculptures on stage, with moving blue and purple lighting, and cheery, bubbly instrumental music that made it feel like everyone stepped into a video game loading page. In line with that theme, a quick introduction video instructed the audience to “push [the] start button.” Together with four backup dancers, Kyary ran on stage with a huge burst of energy, greeting fans briefly before launching straight into song. Setting the mood for an out-of-this-world party, Kyary appeared in a colorful short dress with frilly sleeves and light up headphones with cat ears.

Despite her intense and energetic music and choreography, the singer cheerfully sang and danced live without ever losing any steam. For the first part of her show, Kyary performed for nearly 35 minutes without a single break in between, going from song to song seamlessly. When it finally came time to take a breather and properly say hi to her fans, Kyary brought out physical cue cards with English notes written on them to make sure she conveyed her sentiments properly, showing her dedication and effort towards communicating with her overseas fans. The audience reciprocated that same passion, as fans greeted her in Japanese and sang and danced along to songs like “Gum Gum Girl,” “DODONPA,” “Harajuku Iyahoi,” and “Maybe Baby.”

Regardless of the language barrier between Kyary and her fans, the singer did a great job keeping everyone engaged the entire time. Aside from singing and dancing on stage herself, her backup dancers also gave it their all. During an interlude when Kyary was backstage changing into her next outfit, rather than a video being played or just silence, the backup dancers entertained the audience with a performance to instrumental music to hype up the audience. With chants spelling out the singer’s name as everyone awaited her return, even the interlude was filled with joy and laughter.

The second part of the show continued on with the momentum of the first half, with Kyary jumping straight into her intensive choreography and keeping the crowd dancing along. With more muted black and pink colors, the dress she donned was no less attention-catching than her first. Her dress featured a ballerina tutu-esque flared skirt and huge pink heart on the chest, and she completed the look with a large heart headband.

Taking place after Coachella weekend one, it was only natural that Kyary brought up the festival during the show. The only time a translator was brought on stage was when Kyary wanted to tell fans about her experience at Coachella. “I was so happy when I heard I could perform at Coachella, but the event was postponed for two years due to COVID-19, so I was worried whether or not it would happen. When the lineup and set times finally came out, I was shocked when I saw that I was performing at the same time as Billie Eilish and 21 Savage.” Despite her constant cheerful demeanor and attitude, Kyary also shared her worries with her fans. “I spent days worried if anyone would even come to my set, but there were so many people in the audience when I got on stage,” she gushed.

While everyone in the audience wished the show could go on for forever, as proven by the loud shouts of denial when Kyary informed the crowd she would be performing her last song of the night, all good things must come to an end. Wrapping up the night with a group photo using the LA hand gesture as a pose, the singer bid her fans goodnight before rushing off stage with what was reminiscent of the ending tune of a video game playing in the background, as the game was “logged out.”

Click on the photo below to see all our photos from Kyary Pamyu Pamyu’s “Candy Wave” concert in Los Angeles on Facebook! 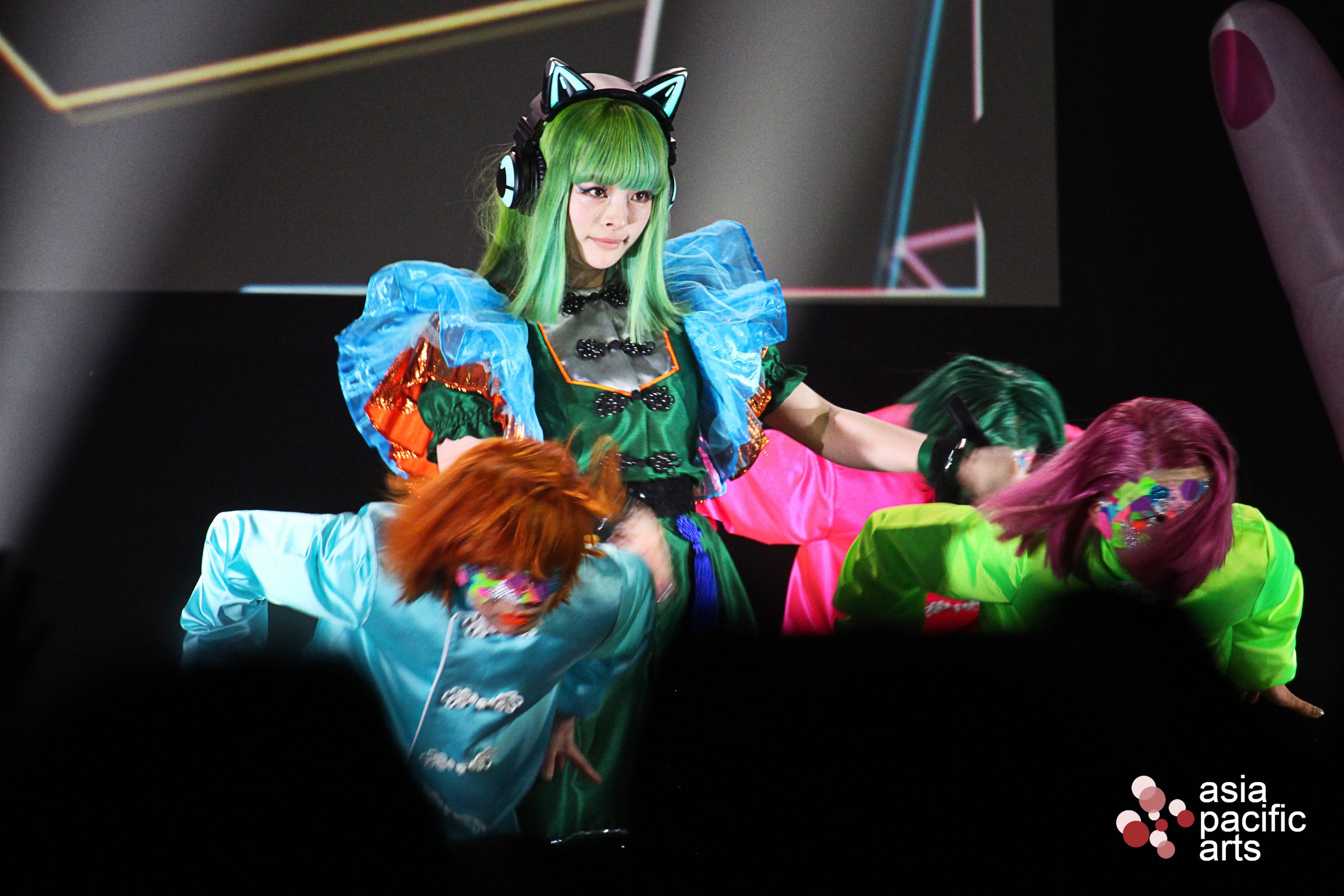