Hip hop trio Epik High is no stranger to Los Angeles, having performed in the city numerous times and charmed crowds with music that is deeply emotional at times and wildly fun at others. Epik High’s sold out show at The Novo on April 10th still managed to exceed all expectations with their charismatic stage presence and hilarious antics, making the group unrivaled when it comes to live shows.

Starting the night off with opener Woosung from The Rose, the singer performed a few of his solo songs to bring the energy up before the main act of the night. Woosung showcased his breathy vocals and surprised the audience with some languid dance moves. In “Lazy,” he punctuated the song with hip thrusts, before becoming embarrassed as he remembered his mom was in the audience. To fans’ delight, the singer also previewed a song, “Phase Me,” from his upcoming album, Moth.

Performing a mixture of upbeat tracks like his debut release, “Face,” and slow songs like his cover of LANY’s “ILYSB,” Woosung showed off his versatility, fitting to open for Epik High, a group known for experimenting with various music styles.

Following Woosung’s set, the audience grew antsy as time went by with no news from their favorite hip hop trio. Almost 45 minutes after the soloist stepped off stage, the lights dimmed, and DJ Tukutz calmly walked on stage to explosive cheering from the audience. Shortly after Tukutz played the introduction song to the group’s latest album, Epik High Is Here 下, Tablo ran on stage as the beginning notes of “Prequel” began. Once his turn was over, Mithra Jin joined the duo on stage to complete the group. Together Epik High performed the song that changed the trajectory of their career, “Fly,” which had the crowd jumping excitedly.

The trio settled down a little to introduce themselves to the audience, but in a way that is uniquely Epik High. Tablo delivered overly dramatic introductions for his fellow members calling DJ Tukutz the creator of K-pop, while the Avengers theme song played, and describing Mithra as a mythical creature and maknae (youngest member of the group), while the Star Wars theme song played. On the other hand, Tablo gave the audience a simple greeting to the 20th Century Fox opening tune.

Kicking up the energy, Epik High jumped straight into some of their more hype songs, rapping and jumping around the stage to “Rosario,” “Face ID,” and “BURJ KHALIFA.” Despite these songs featuring other artists, the trio performed them energetically, while never missing a beat. The energy within the venue kept climbing, as even fans all the way in the back by the bar were dancing while Tablo and Mithra’s rapping never stuttered. 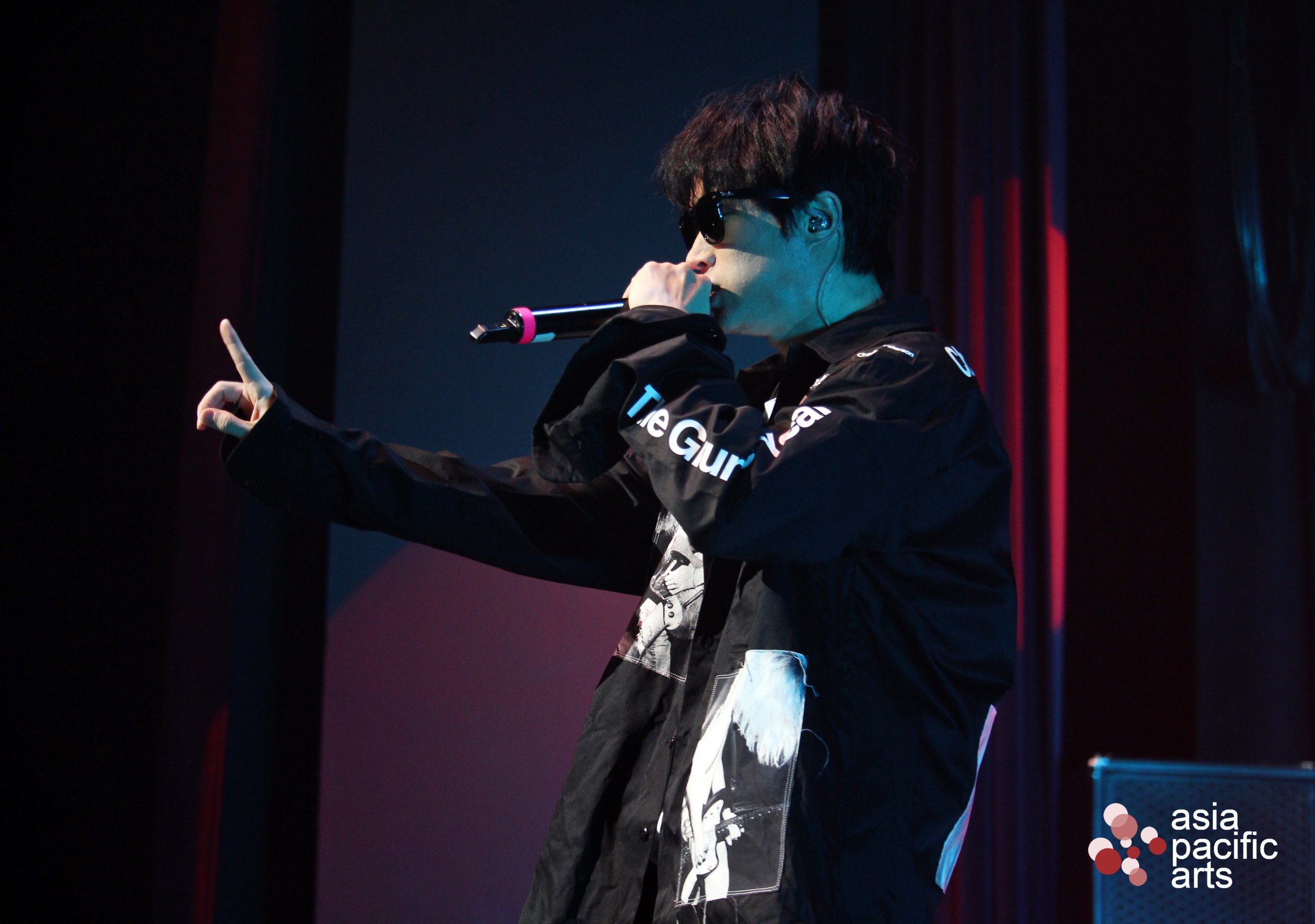 Taking a quick break from the buzzing liveliness, the next few songs on the setlist slowed things down and invited the crowd to get lost in their feelings. In a perfect display of a thought process only someone as witty as Tablo would have, this segment was introduced to the audience in a mixture of Korean and English so jumbled it almost didn’t make sense but barely did. “Sometimes you just gotta 감정 (feel). You can’t just have 재미 (fun) all the time, and you need to let some of those 눈물 (tears) that you’re holding in out of your 눈 (eyes). So that’s what we’re here for, we’re here to let you feel your 감정 (feelings) and 울어 (cry) so you can 파티 (party) afterwards,” Tablo said, eliciting laughter from everyone in attendance, including the bartenders working the bar who did not know of Epik High before that night. Although the following performances of “Gray So Gray” and “Super Rare” were far more mellow than previous performances, the trio still kept their audience captivated by embodying the emotions of their slower songs to a T.

The group’s silly antics are always a highlight of any Epik High concert. Amidst giggles and pauses to think, Tablo narrated the story of Jeong-Sik Kim (Tukutz’s real name) and how he became the creator of K-pop. Jeong-Sik Kim’s life story began when his father brought him up to the top of a mountain to abandon him there, unsatisfied with the way he was. The abandoned young boy then worked hard to be able to impress his father, and one day, he heard a voice tell him he would be the creator of K-pop dance. Not knowing what this was did not deter little Jeong-Sik, as he worked hard to make it down from the mountain to make his father proud. This led to the creation of K-pop music and dance by none other than DJ Tukutz. However, “life took its toll on Tukutz, and now, he is only a tenth of the man he was then.” This outrageous story was only made even more outrageous by the fact that this story was told differently at each stop, and was simply meant to be the lead-in for their song “Fan,” which features the group’s famous running dance.

As the night drew to an end, the group made sure to dial up everything to 100. Hyping the show back up, the crowd sang along as the group performed “High Technology” and “NO THANXXX,” drenching the crowd with countless water bottles, water guns, and even an ice bucket of water. Switching up the mood yet again with Tukutz’s assistance in playing a sad instrumental song in the background, the three began to say goodbye to their fans. “There is no need for words, LA is the best city in the world,” declared Tukutz. “Words cannot begin to describe LA. It fills the hole in my chest that I’ve had ever since my childhood. It completes me,” continued Mithra. Tablo finished off the trio’s goodbyes by reminding fans it was the end of the concert, and there would definitely, positively, absolutely not be any more performances of any more of the group’s hit songs as there would be no encore, even if fans chanted Epik High over and over.

Unsurprisingly, the crowd chanted and the group returned for an encore performance, where they went wild with the song “Born Hater.” Wanting to leave fans thinking about the concert for weeks and even months to come, the trio finished off the show with a bang, throwing a signed t-shirt into the audience, pausing to talk with fans and remind them they’re family during the song, and giving just as strong of a performance for their finale as they did their opening. Rounding out the night, the only disappointing part of Epik High’s LA stop of the tour was that it ended too quickly.

Click on the photo below to see all our photos from Epik High’s “Epik High is Here” tour in Los Angeles on Facebook! 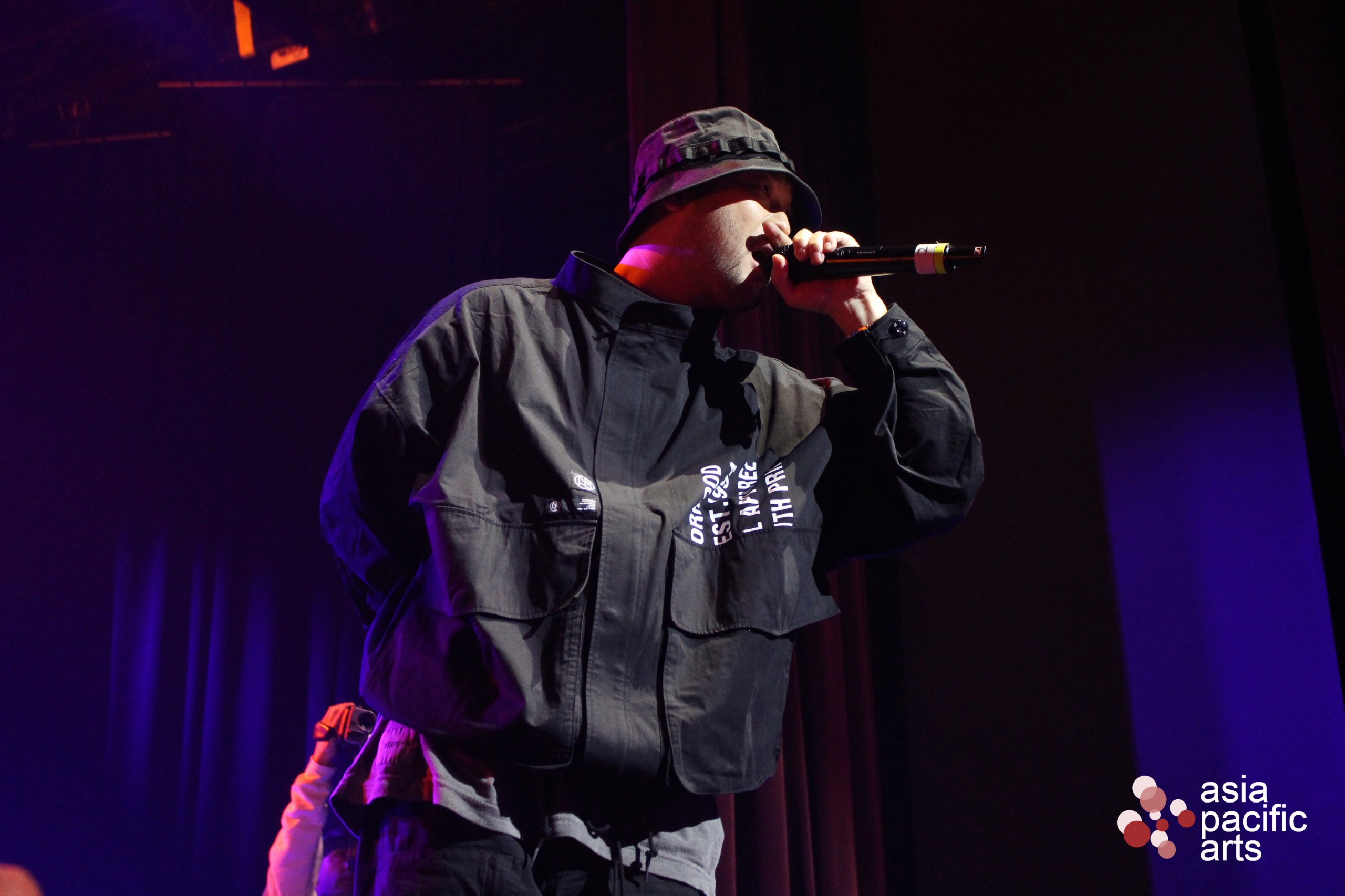