Pompo: The Cinephile is an animated film adaption of a manga about Gene, a timid film enthusiast who works as an assistant for one of Nyallywood’s most talented producers, Pompo. On a whim, she entrusts Gene with directing her next script, and Gene apprehensively dives headfirst into creating his first movie.

What drew director Takayuki Hirao to making this film adaptation was that despite Gene’s identity as a misfit in society due to his shy and awkward nature, he’s able to prove himself and shine in the film industry. Hirao saw himself in Gene as he too had a hard time fitting in and saw this as the perfect opportunity to explore Gene’s love for film.

Pompo sees bright film industry hopefuls all the time, but she chooses Gene for an interesting reason: he looks dissatisfied. In her words, “happiness destroys creativity.” She means that people who have only had it easy or are satisfied with life wouldn’t have the drive to create. Hirao relates to this sentiment, as he’s always facing creative challenges and chasing satisfaction as a creator. “While I think it’s nice to simply say, ‘Yes, you can attain your dream,’ but as a creator, I think it would be irresponsible to just say that,” said Hirao. “Everytime I make something, I still want to go back and fix things that I’m not 100% satisfied with. In the end, I think I have to keep continuing on so I can achieve what I haven’t yet.” This desire to create more, to create something better is what drives Gene and why he caught Pompo’s eye in the first place. 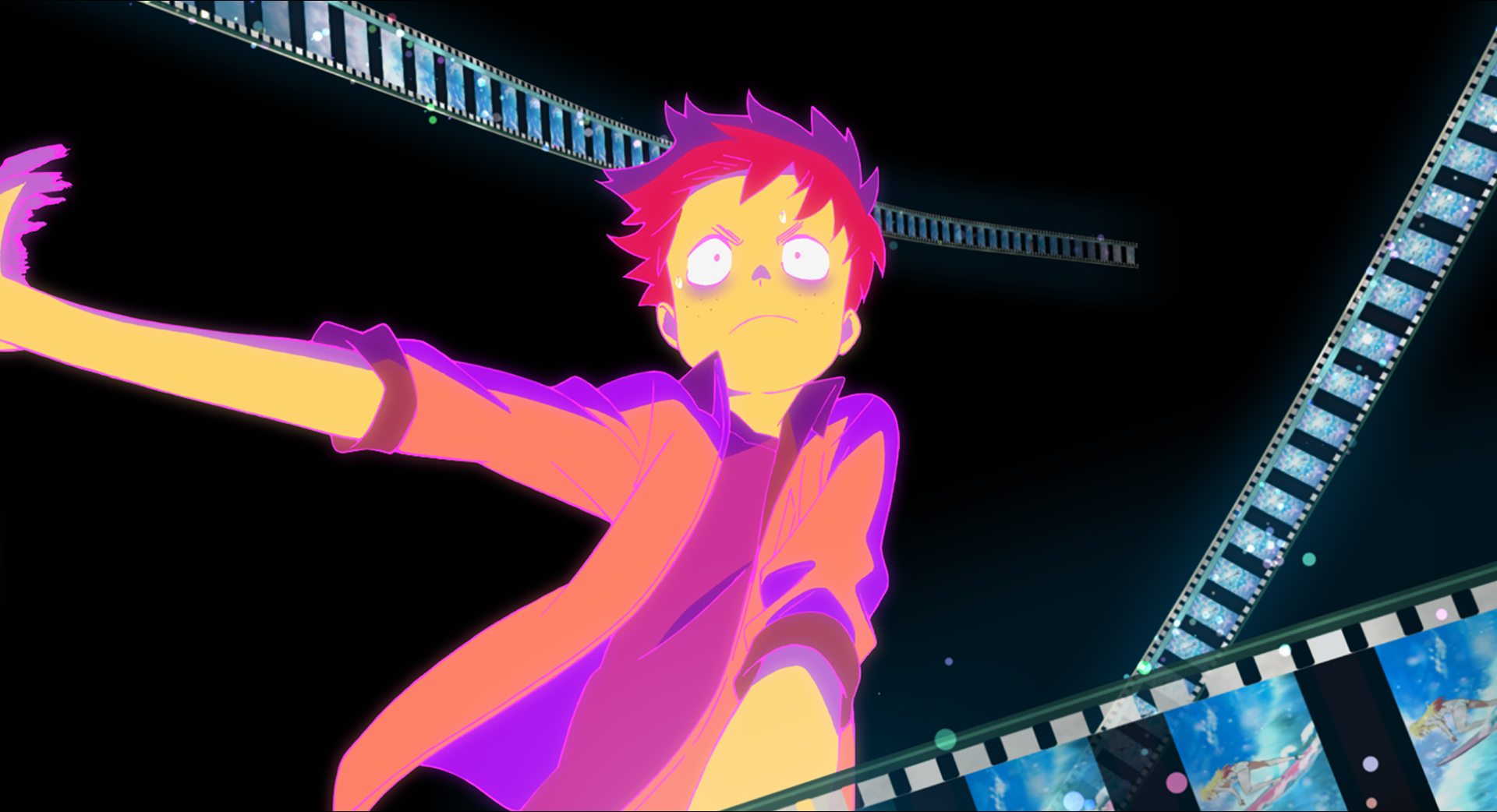 While the movie does showcase aspects of filmmaking through Gene’s journey and the way the movie itself moves through scenes with delightful film reel-esque transitions, Hirao said the movie at its core is about “the importance of pursuing dreams or nudging people forward to pursue their dreams and that in order to pursue your dreams, something needs to be sacrificed.”

Sacrifice is represented in this film through editing, cutting out scenes to keep what’s absolutely necessary. “Cutting out the unnecessary is what people do in real life too. People want to believe that the sacrifices they made will put them on the right path,” said Hirao. “Through this film, I want to say, ‘You’re not wrong. The path you chose was right.’ I put a lot of myself in this whole movie because I really relate to the scenes, especially when Gene asks for time to reshoot, wavers, and constantly makes cuts to end up with the final product.” 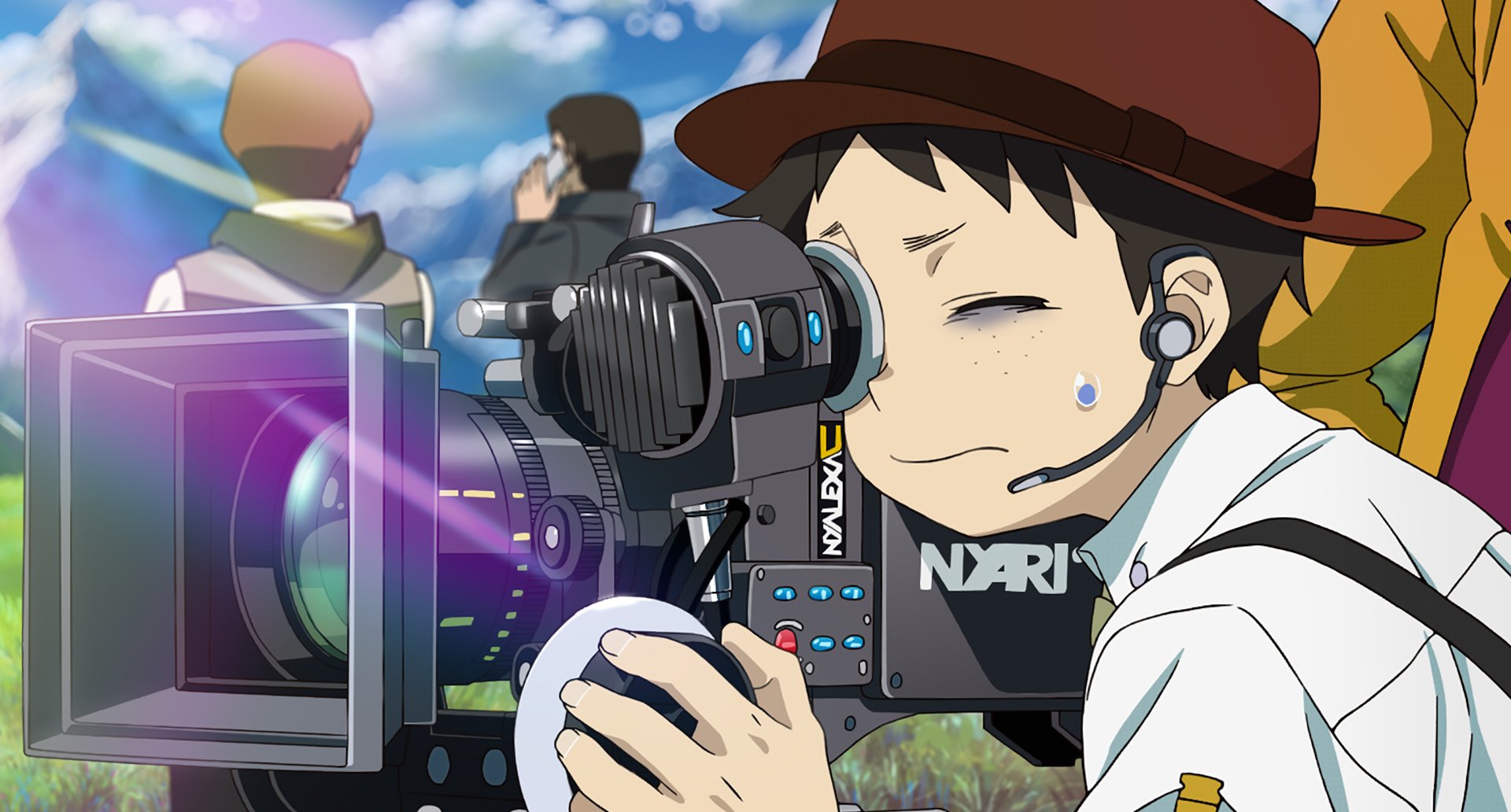 As Gene navigates his first film, Meister, Pompo haughtily notes that the ideal movie length is 90 minutes, as she strongly disapproves of long films. It’s a particularly unique rule to stick to, but in a meta move, Pompo: The Cinephile itself is 90 minutes as well. There were challenges for Hirao to tell Pompo’s story within that time frame, but it pushed him to make choices that would help deliver the film’s message. “I was about to cut a scene towards the end when Gene had fainted due to overworking to complete the film and then Nathalie asked, ‘Why do we go so far to make movies?’ said Hirao. “I could have cut it to add more time to other scenes, but I decided to keep it because it was so important to addressing the theme of the movie.”

Pompo: The Cinephile opens in select theaters around the U.S. on April 29.