For the first time since their debut, MCND will be coming to the states for a U.S. tour. Originally slated for June, the tour was postponed due to unforeseen circumstances. With the same venues and cities as the original tour announcement, the five members will be making four stops in the U.S. this August, between stops in both Mexico and Canada.

MCND made their debut in February 2020 with the song “Ice Age,” although the group had already made appearances on music shows Music Bank and Inkigayo in December 2019, and released a pre-debut single, “Top Gang,” in January 2020. The five members have kept busy since their official debut, releasing three more mini albums and one single album, and with good results. The boys have been nominated for an impressive ten awards, and have won two – Rookie of the Year in 2021 at the Asia Model Awards, and the New K-Wave New Artist Award at the 2020 Soribada Best K-Music Awards. Their most recent release, “W.A.T.1,” came out on June 11th, and the group is preparing for a comeback on July 7th.

To celebrate the group’s comeback and upcoming tour, Asia Pacific Arts is hosting a giveaway for one lucky winner to receive one (1) pair of General Admission tickets to MCND’s Los Angeles concert on August 24th! To enter this giveaway:
1. Follow both MCND and APA on Twitter: @McndOfficial_ & @AsiaPacificArts

3. Include all of the following hashtags in your tweet: #MCND #MCND_NORTH_AMERICA_TOUR #MCND_AMERICA_TOUR 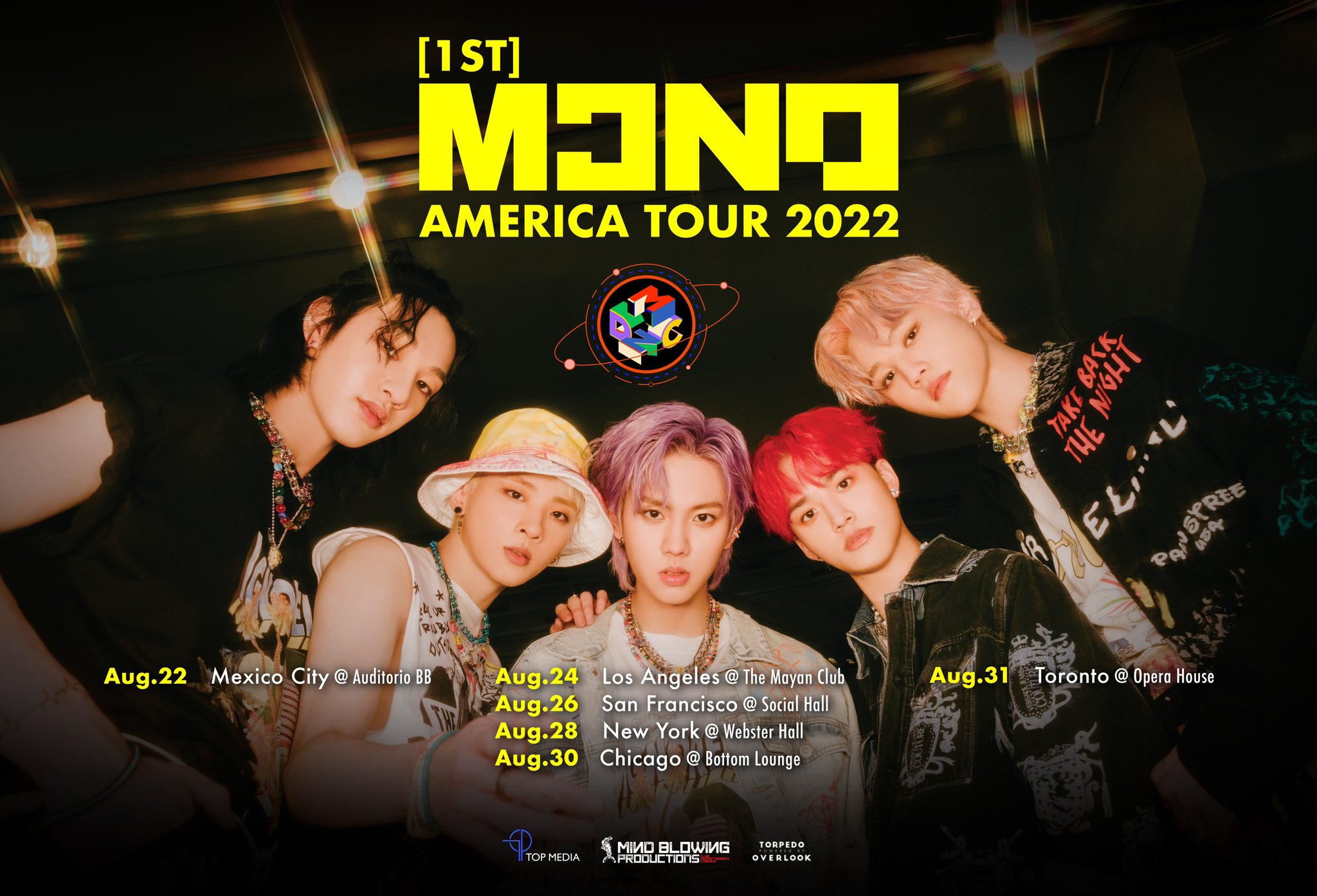