Skip to Content
Home Music Boost Up: VANNER Wraps Up Tour in LA

Finishing up their 14-stop U.S. tour presented by CODE1 Entertainment in Los Angeles, VANNER performed to a small but enthusiastic crowd at The Vermont Hollywood on April 8th. When the five-member group stepped on stage, their energy was unfortunately running low, as Gon explained he was not feeling well. However with each song, the cheers of fans, known as VVS, grew and invigorated the group. In response to the warm welcome, Hyeseong compared the fans’ “scorchingly hot” passionate support to the LA heat. VANNER was just as happy to see their fans.

Offering a mix of high energy dance tracks, sweet slow songs, and talking segments, the group created a setlist that kept fans engaged from start to finish. While they have many hype songs with synchronized choreography such as “Nasty,” the group’s vocals and talents especially shone in slower songs like “Without You.” Rappers Gon and Ahxian typically show off rougher raps in their songs, but with this one, VVS were really able to enjoy a more melodic flow from the duo. Leader and vocalist Taehwan also punctuated the song with stable high notes. 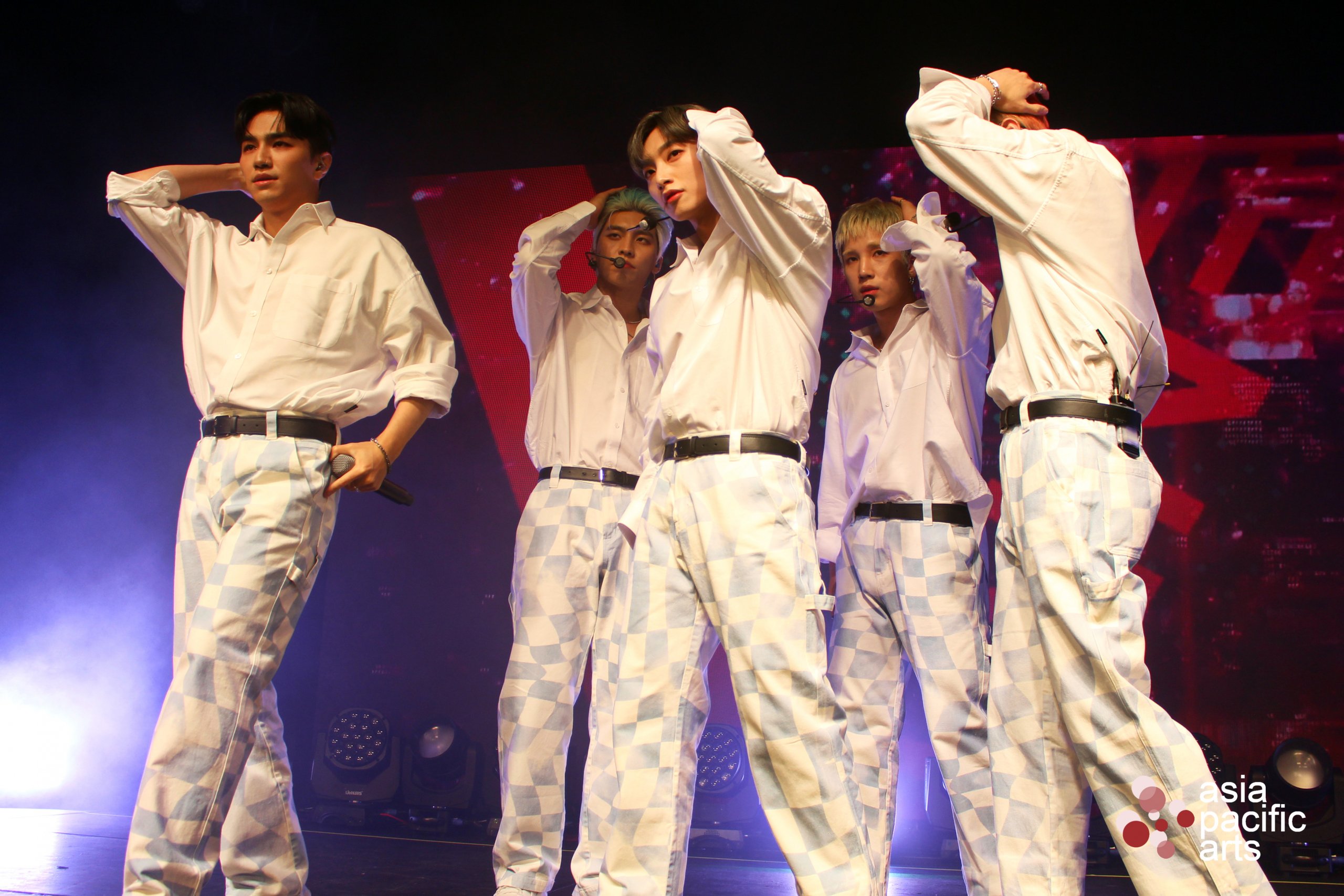 With a small venue and crowd, the show felt especially intimate. The group directly picked out fans in the audience for Q&A, posed for photos, and constantly reminded fans how to enjoy the show safely. VANNER members also prepared special stages for their fans. Performing TXT’s “0X1=LOVESONG (I Know I Love You),” Taehwan delivered an emotional performance without needing to catch his breath, despite the fact he was singing lines split among five members. Hyeseong and Ahxian performed to BTS’ “Permission to Dance,” a cute and simple performance paired with the original choreography of the song. What may have been most surprising, though, was the rap line’s performance of “Turtle Ship” by Ja Mezz, Andup, Song Minho, and Paloalto. While Gon and Ahxian are known for their rap already, vocalist Yeongkwang also joined the duo for the song. The vocalist delivered his part with a smooth and strong flow, leaving his voice lingering in everyone’s minds even after the song ended, awestruck by his rapping.

While the members did still perform other artists’ songs as special stages, this concert focused more on their own music. During their first tour, nearly half the show was spent performing covers, but this time, the group performed their own expanded discography with more confidence and a much stronger stage presence. With shouts of “boost up!” between each song, the energy continued to rise as the concert went on through the night.

As the show came to an end, it was time to say farewell. Showing off their silly and caring personalities together, Gon displayed some exaggerated facial expressions, while Hyeseong and Ahxian shouted at each other not to cry. The members wrapped up the evening by expressing their determination to come back to greet LA VVS again with a bigger venue and made promises to come back again soon.

Click on the photo below to see all our photos from the VANNER’s “Boost Up!” tour in Los Angeles on Facebook! 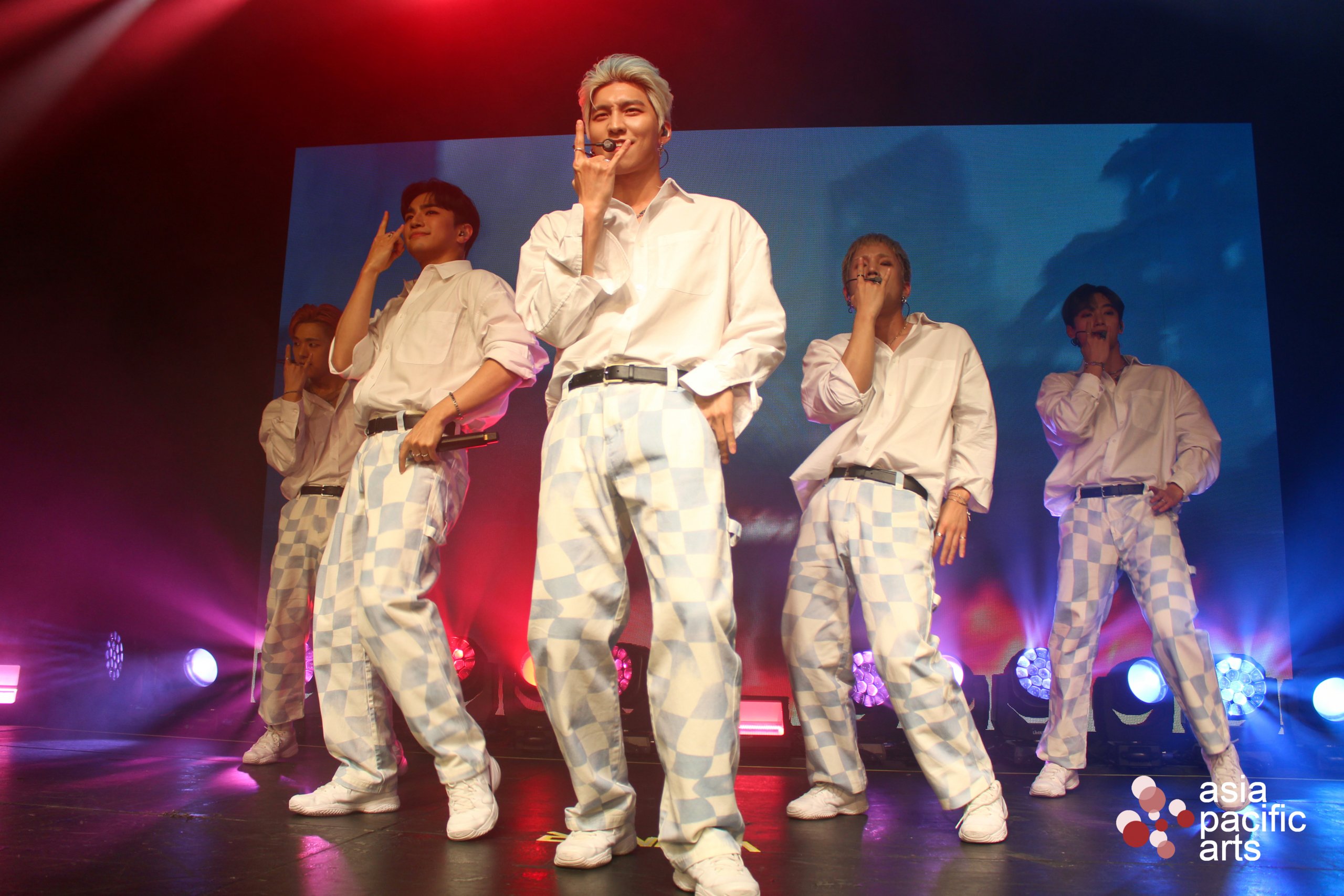