Experimental pop band CHAI has seen highs and lows throughout their month and a half long US tour. While opening for Mitski’s Laurel Hell tour, they had unfortunately been robbed of their tour trailer during a stop in Austin, Texas. They received about $25,085 of their $50,000 goal as of March 28, 2022, but fans continue to pour their support into the fundraiser long after the band has gone back to Japan. Despite losing costumes and personal items, CHAI didn’t let that stop them from delivering killer show after show.

“I’ll Just Dance” Korean artist Su Lee joined CHAI as their tour opener. Known as the “bedroom artist” for her viral “This is basically what my mental breakdown sounds like” Reddit video, Su Lee brought her bops to the intimate hall of the Teragram Ballroom. Her lyrics spoke to what was on everyone’s mind during quarantine, and continues to ring true for listeners who relate to her message of career anxiety. In between songs, Lee shared some frank words to the crowd, including her crude bathroom experiences while touring in the US. Lee’s refreshing perspective as an artist, who was given a platform by Reddit, delighted listeners with her homemade melodies.

Then, as the lights dimmed and the crowd cheered for CHAI, the four members bounced on stage hidden under their pompom covered cloaks. Taking the mic from the stand, lead vocalist Mana introduced the band with a shrill, “We are CHAI!” before the members took their place for “No More Cake.”

Self-described as “neo kawaii,” the band had gained attention for their bubbly sound and political message to redefine the meaning of “cute” and femininity. In addition to their various stage outfits—including a konpeito-like neon tulle coverup—their playful take on an American favorite took the audience by surprise. CHAI mixed their introduction song, “This Is Chai,” with an interlude cover of the famous High School Musical song. Many people attending the show had learned of CHAI during Mitski’s tour and became quick fans after being entranced by their infectious energy. Love it or hate it, the crowd could not contain their urge to sing along to the words, “We are Chai,” to the beat of “We’re All in This Together.”

Switching gears, CHAI had the crowd jumping moments after linking arms over each other’s shoulders. Once the guitar and drum beat of “Cool Cool Vision” had people hollering, every member of CHAI pranced alongside the crowd. To mark the shift in mood, special guest—Mndsgn—joined CHAI on stage for their collaboration song, “In Pink.” Slowing down, CHAI relaxed listeners with “Donuts Mind If I Do” to elongate the end of the show with their fans.

For attendees who have never heard of CHAI’s discography and were just in the crowd for a good time, CHAI’s upbeat cover of Mariya Takeuchi’s “Plastic Love” had people bookmarking the song for a replay at home. Overall, CHAI put on a memorable show that made fans of everyone in the room.

Click on the photo below to see all our photos from the CHAI’s show in Los Angeles on Facebook! 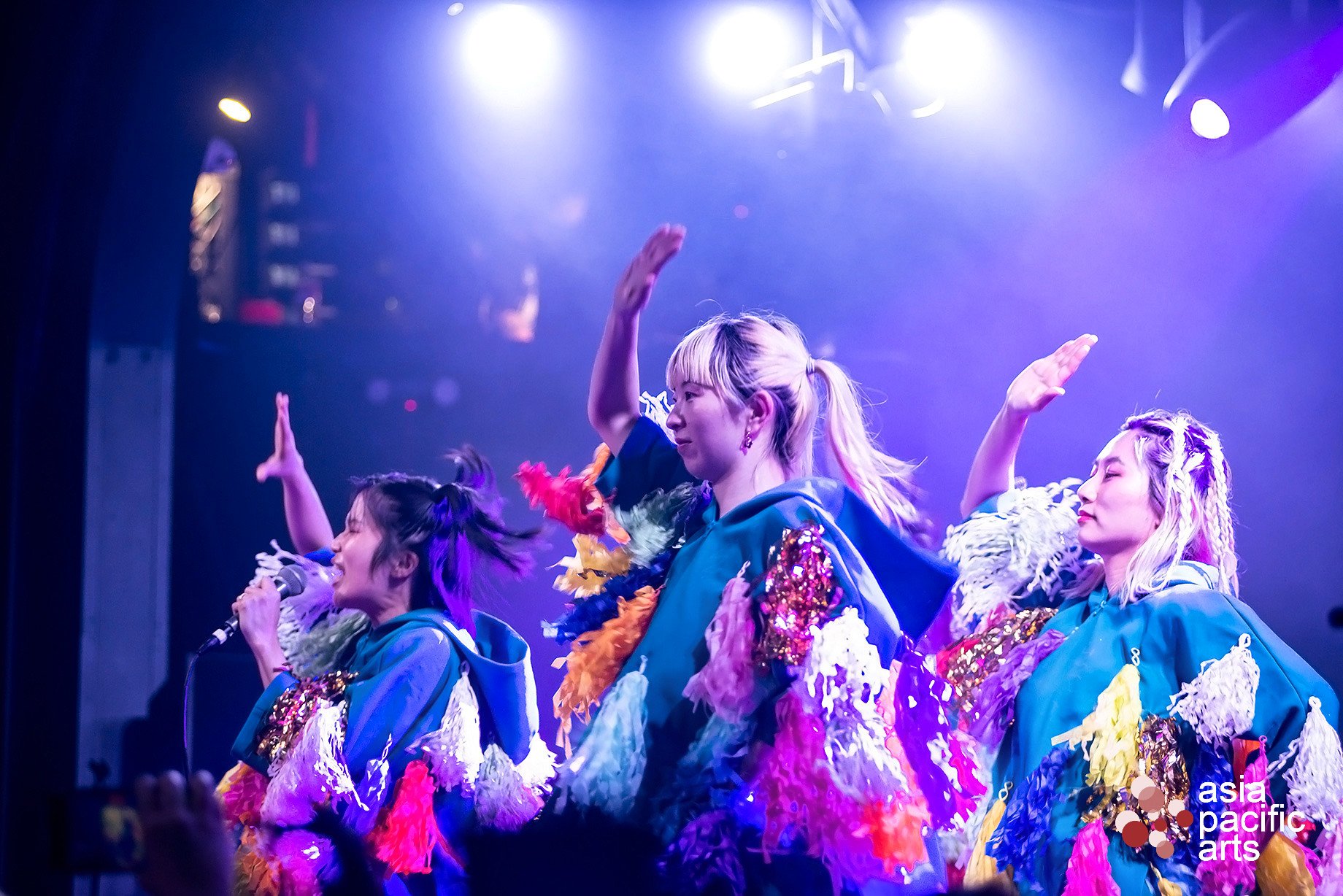