Not long after their debut in 2019, Oneus embarked on their first U.S. tour of six stops, and this year they’re back with even more music and shows across the country. On March 12th, the six-piece boy group took the stage at The Saban Theatre in Beverly Hills to finish up their 14-stop tour “Blood Moon” with an energetic night.

Sharing the same label with powerhouse vocal group Mamamoo, Oneus is also known for their vocal skills. Despite the small venue, main vocalists Seoho and Keonhee’s control over their voices prevented their high notes from coming off too sharp. While balancing difficult choreography, the group maintained sweet and stable vocals from the start of the show to its finale. In some cases, groups may alter choreography when touring in the U.S. or performing at smaller locations, but Oneus still performed with full choreography as they normally would at a music show in Korea. On the small stage, the group showed off impressively synchronized dancing, along with six dancers making use of all the limited space. To illustrate the intensity of the choreography, members were lifting one another while singing, jumping off of one another, and even doing other dangerous moves effortlessly. Not only did they execute flawless difficult choreography, the group also brought along props that enhanced the overall atmosphere of their performances.

As for outfits, Oneus dressed to impress with a variety of costumes. The group started the show off in sleek black suits for songs such as “Come Back Home” and “Valkyrie,” showing off hard hitting choreographies. Switching over to similarly styled white suits, the group performed lighter, more upbeat songs like “A Song Written Easily” and “Youth.” Bringing out their final costume change, inspired by traditional Korean clothing, aside from the encore tour merchandise outfits, Oneus greeted their fans, known as ToMoons, with “Intro: Window,” “Luna,” and “Lit.” Pairing this outfit with traditional props, such as hand fans and red ribbons, against a backdrop screen displaying various traditional Korean architectural designs on while they performed, the group transported fans along with them directly into the music video of “Luna.” It was as if we were no longer in Southern California, and instead, in a palace in South Korea.

Their intense choreography, effortless vocals, and beautiful clothing were rounded out with kind personalities and sweet fan service throughout the night. The show started with members reminding ToMoons to stow away their vaccination cards, not push, and to keep their masks on, and ended with the group sharing their wishes for peace in the world during these trying times. With the usual promises for a return as an improved group, Oneus ended the night with two extra encore songs to finish off their U.S. tour.

Click on the photo below to see all our photos from Oneus’ 2022 “Blood Moon” Tour in Beverly Hills on Facebook! 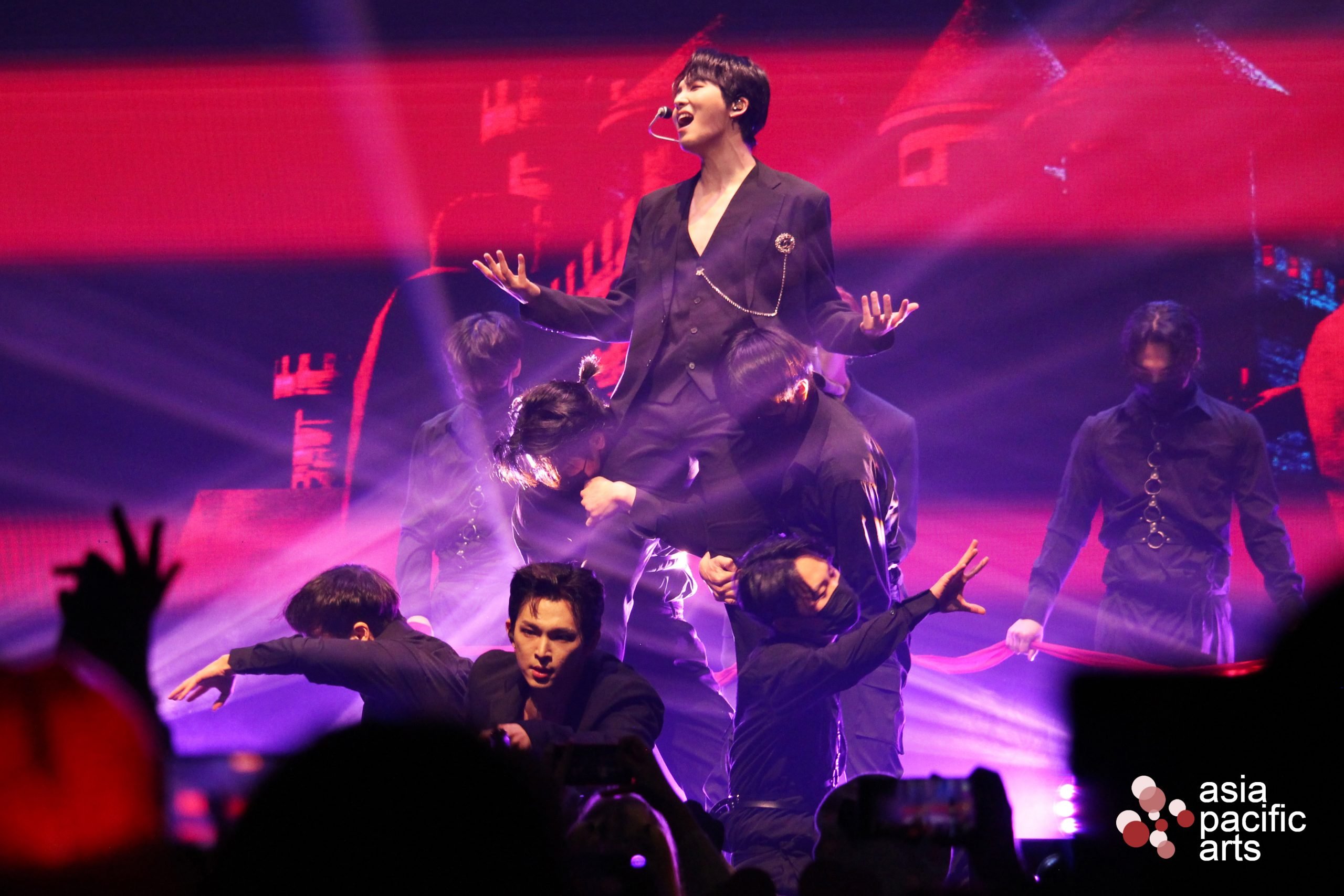