Korean-Canadian DJ and producer Dabin performed to a packed crowd at the Shrine Expo Hall in Los Angeles, CA for his 2022 Between Broken tour, marking this his biggest show to date.

With three opening acts — Skybreak, Rome in Silver, and Ray Volpe — to hype up the crowd for his set, Dabin began his show with sentimental song “Drown.” Switching between DJing and playing the keyboard and guitar, Dabin showcased his talent to a wildly appreciative crowd, cheering and screaming along to the lyrics. From start to finish, Dabin gave it his all, performing music from his latest album and several of his popular tracks like “Again” and remix of “Ring & Roses” and of Demon Slayer’s “Gurenge.” Ahead of his LA show, APA spoke with Dabin about his tour, music goals, inspirations, and more.

APA: Your previous Into the Wild tour was postponed partway through due to the pandemic, but fortunately, you were able to continue it in 2021. So now that it’s 2022 and you’re back on the road again, how do you feel performing the new album “Between Broken” for your fans?

Dabin: It’s great. I have all these ideas for the stage plot and how to present the album visually, as well as the audio, so it’s a real good feeling to be finally touring this album.

APA: Personally, I really like the song “Drown” off your new album. That one’s got really nice heartwarming lyrics and message. When you were making that song, did you already have in mind what kind of message you wanted to portray? Or did that kind of just come along as you worked on it?

Dabin: So it originally just started off as an instrumental, and I didn’t really have a theme in mind for it. When we linked up with Mokita, who did the vocals for it, originally, the message was super dark. Basically, it was the complete opposite of what it is right now. And then I asked if we could kind of spin it into like a more positive, uplifting song and he’s like “Oh, yeah, that makes more sense.” So yeah, that’s basically how that one came to be.

APA: What’s your general approach to making a song?

Dabin: Usually I’ll just kind of start doing my own thing and then hopefully, find people who work well with the song. Sometimes, someone will send me an idea for a top line, so they’ll have a really nice focal part that I’m super into and I’ll ride around it. But, for the most part on this album, it was mostly me making the instrumentals and then sending it out to people that I thought would sound great on it.

APA: And with so many different artists on your music, how do you work on the lyrics?

Dabin: Usually I’ll let them do their own thing for the first round and kind of give me like a skeleton to work with. Then we’ll go in together with edits, and I’ll be like “I had some suggestions here and there for lines” or “Maybe we could do something different with this.” It definitely feels like more of a collaborative effort.

APA: And with that, do you have any artists that you would want to work with in the future?

Dabin: Definitely, there’s so many I would love to work with. Bring Me the Horizon would be awesome. And then Florence Welsh from Florence & the Machine is definitely on the top of my list as well.

APA: For your album “Between Broken,” what prompted you to choose the title of your album?

Dabin: Oh, man. The album had been done for so long, and I was like “Man, what am I going to call this?” And we had so many meetings with my label and my management to brainstorm ideas. We couldn’t really find anything and then someone suggested “Between the Broken,” so we have this official idea, and then I was like “What if we just shorten that to just Between Broken?” The whole concept is around how we’re all just kind of in between a bunch of broken phases in our lives. It doesn’t make us any less of a person or who we are. It’s about how our negative experiences also shape the person that we are in the present day.

APA: Is there any song on the album that you think best represents that title and that meaning?

Dabin: That’s a good question. I would say maybe “Remember” would be good. I like it because it kind of focuses on just like embracing the moments that you’re in, and, you know, not letting moments go to waste and stuff.

APA: This album comes after the release of your acoustic version of “Wild Youth.” For that album, what made you want to release it in a different style of music than you usually do?

DABIN: I usually start writing most of my songs acoustically anyway. So, they’ll always start off as like a guitar idea or piano piece, and I’ll just start building upon that. So I thought it’d be a cool idea to just strip back down to phase one. I was getting so many messages like “This would be so great as an acoustic,” so I figured why not?

APA: Under the umbrella EDM category, there’s also so many different sub genres. Is there any one in particular you prefer or find yourself making more of?

APA: You mentioned you wanted to collaborate with Bring Me the Horizon as one artist. Is there any type of music you would want to try to make in the future aside from acoustic or the “melodic dubstep” style?

Dabin: Absolutely, yeah. Trying out like some rock, pop punk stuff would be awesome, and maybe doing some productions for K-pop artists because I have a few friends who are kind of making K-pop. We’ve always talked about me producing some tracks for them, but haven’t really found the time with the album and back to back tours. So, once this is over, it’ll definitely open up some time for me to experiment with that stuff.

APA: Do you have a K-pop artist that you would want to work with as like a dream collaboration?

APA: Exploring another side of your music, you’ve incorporated video games like with your Kingdom Hearts mash up, for example. Do you play a lot of video games? What inspired you to make that track?

APA: Are there any anime soundtracks in particular that inspire you when it comes to making your music?

Dabin: Oh, yeah, I think the number one would probably be Inuyasha. When I was growing up, the intros and outros were so catchy and really got me into like J-pop and J-rock. I feel like that was a big inspiration to the sound that I was going for.

APA: Aside from the video games and the anime, is there anything else that inspires you when it comes to producing?

Dabin: Just like life experiences. As with all my songs, they’re usually derived from life experiences. Yeah, I feel like sometimes it’s hard to find inspiration when you’re sitting behind a computer for hours on end. So I always say it’s a good idea to just go out there and just live life a little bit and let the inspiration come to us.

APA: If you had to choose one track from each of your albums to introduce your music to someone who doesn’t know Dabin, which songs would you choose and why?

Dabin: I think album one [Two Hearts] would be “Hold,” because it’s the most accessible and probably the one that sounds most like my music right now. Album two [Wild Youth] would be “Alive” because that’s a really sentimental song for me. And it’s almost seven minutes long, which is kind of unheard of these days. But it’s one of my most played songs, so I feel like people relate to the message behind the song. And then for album three (Between Broken), probably either “Holding On” or “Starbright” because I feel like the the instruments that I was using and like the techniques that I was utilizing when recording them are kind of more up my lane right now. A lot of acoustic instruments and live recordings. I feel like that would be a good intro to album three for sure.

Click on the photo below to see all our photos from Dabin’s 2022 “Between Broken” Tour in LA on Facebook! 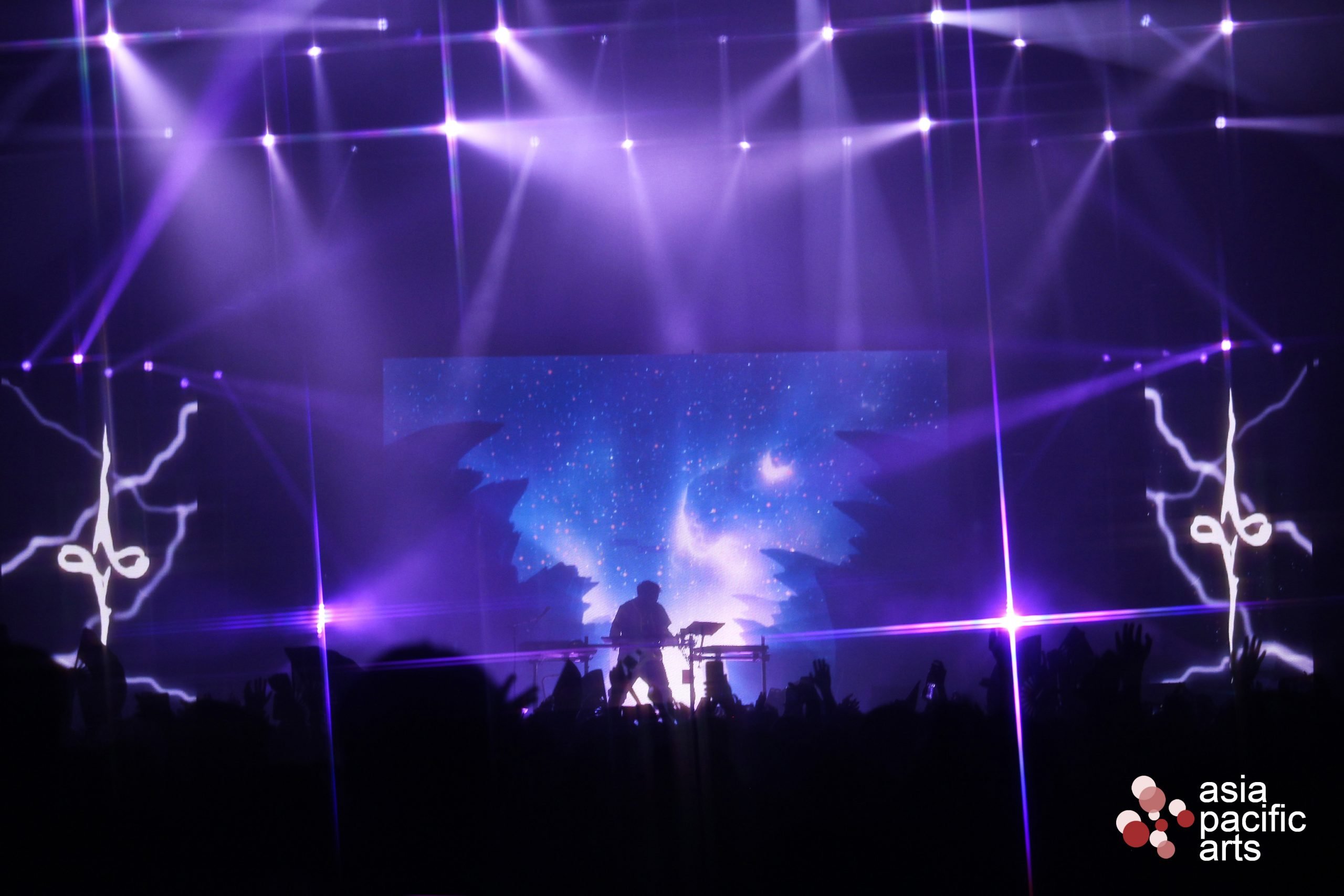