This month, Vanner returns to the U.S. for their third stateside tour. The “Boost Up Part 1” tour will kick off in Chicago, and make its way west to finish off in Los Angeles.

Vanner debuted on February 14, 2019, with their song “Better Do Better.” The title song was also part of the group’s first album, “V,” which members Taehwan, Ahxian, and Gon helped compose and write. Their debut album peaked at number 67 on the Gaon music charts. Since then, the group has had several comebacks, supported by crowdfunding. Using the Makestar platform, their projects were all funded over 100%, with one of their projects even hitting 576% funded.

Despite challenges posed by the pandemic, Vanner found ways to continue interacting with fans, known as VVS, as much as possible. After their 2020 U.S. tour that finished near the beginning of the pandemic, the group also held an in-person fan meeting tour at the end of 2021, shortly before releasing their second single album, “Life,” with its title track “Form.” 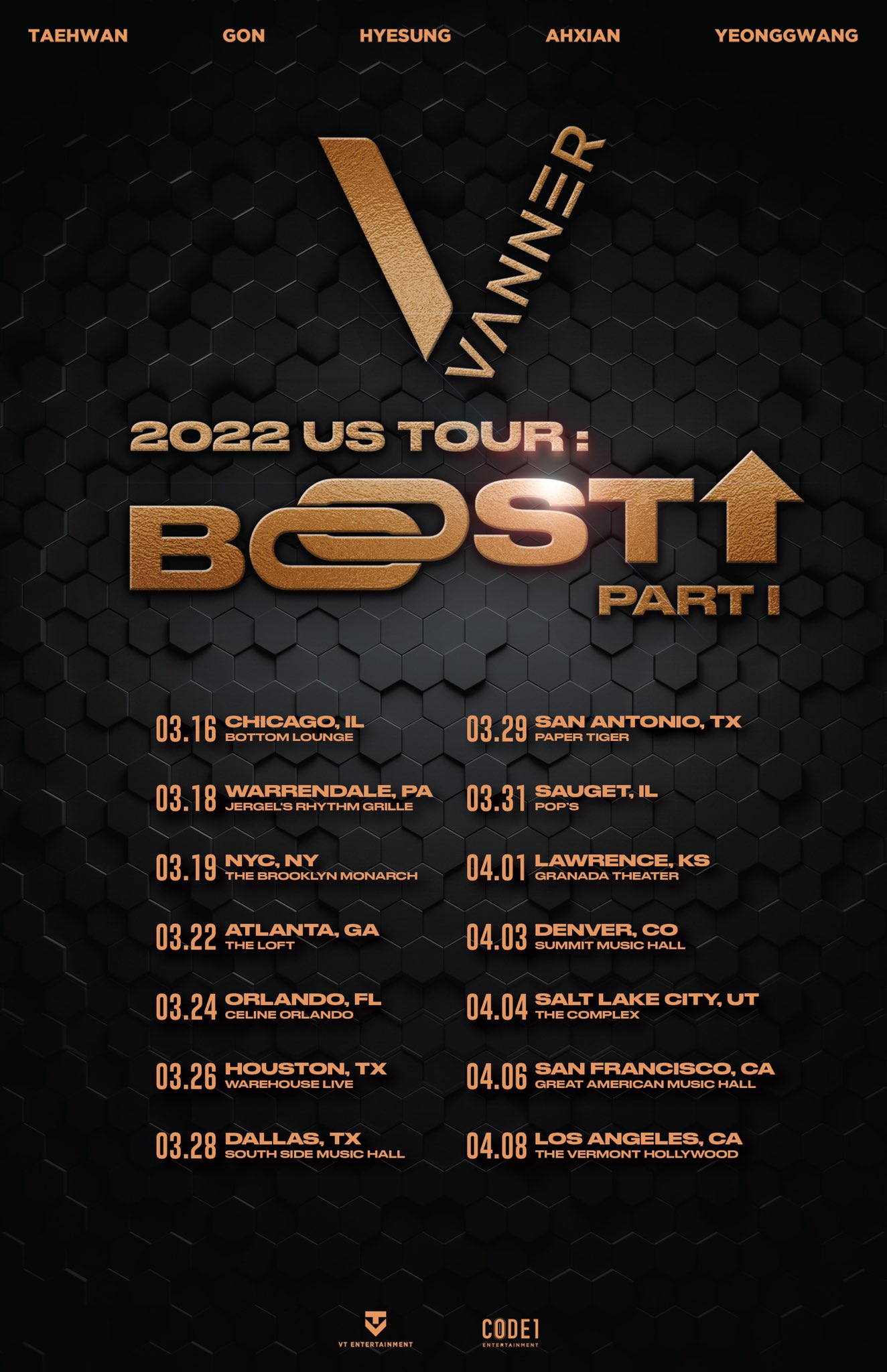