This March, Epik High will return stateside for their “Epik High is Here” tour. The hip hop trio will take their tour from coast to coast, starting in Seattle and finishing up in Oakland. While the group is on tour, they will also be making their second appearance as part of Coachella’s lineup.

Epik High officially debuted in 2001, making them one of Korea’s longest running active groups. Consisting of rappers Tablo and Mithra Jin, and producer DJ Tukutz, the trio have a long and successful history behind them. Among other achievements, Epik High was the second Korean act to ever perform at the famous Coachella music festival in 2016, and after this year, will be the first Korean act to have performed at the event twice.

Most recently, the group released their 10th studio album, “Epik High Is Here 下” on February 14th of this year. This album, which is the continuation of their “Epik High Is Here 上” album released in January 2021, boasts an impressive twelve tracks. It features collaborations with a variety of artists, including singers like Lee Hi, Younha, and Colde, and rappers such as Giriboy, JUSTHIS, and Sik-K. The album debuted at number 17 on the Worldwide iTunes chart, and also ranked in the top 10 in several countries, including Hong Kong, Russia, and Thailand. 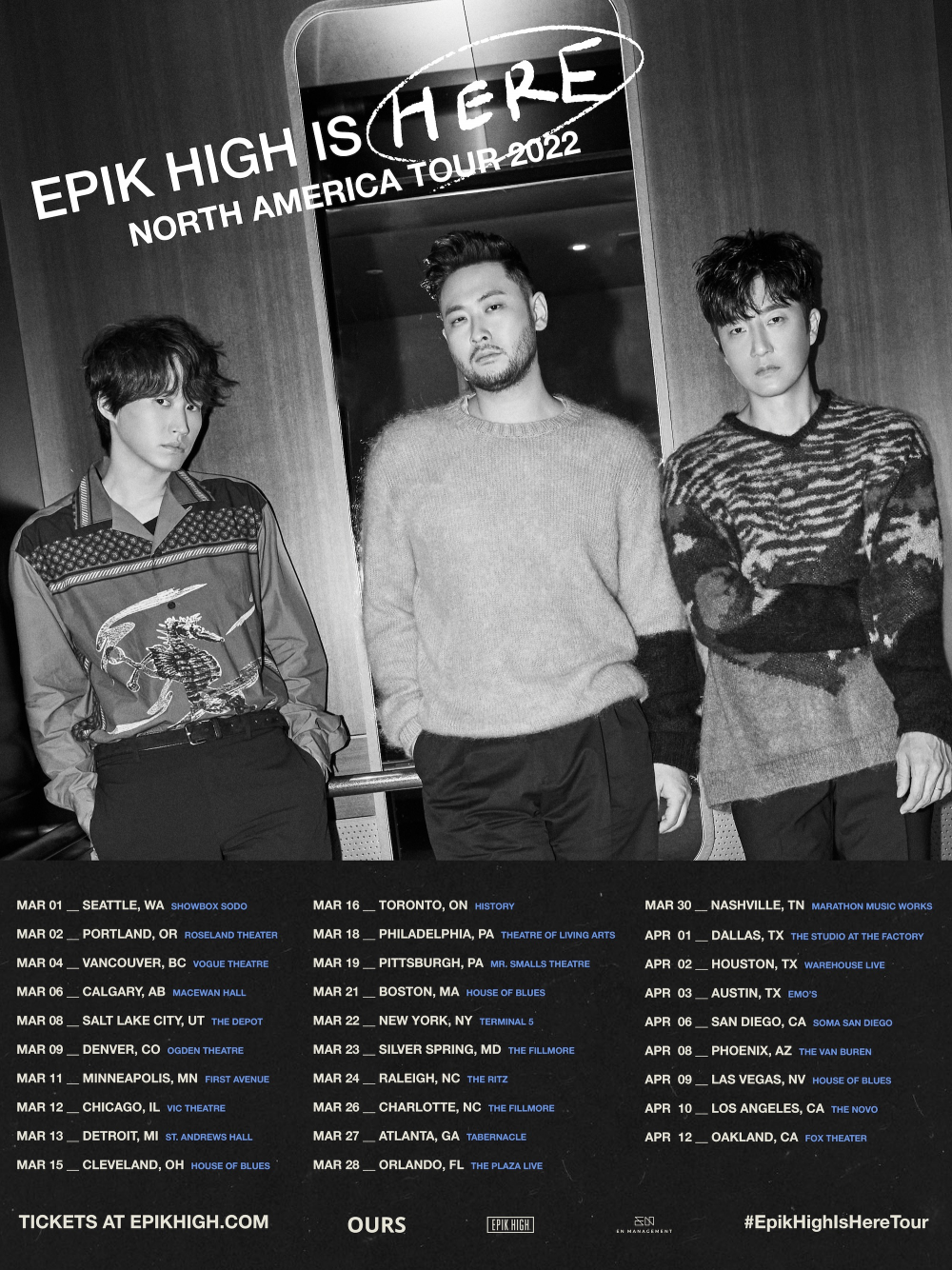