Skip to Content
Home Gaming Variable Barricade: An Otome Game About Finding a Husband Among Trash

Welcome to the luxurious villa of one of the most prestigious families in Japan, where you’ll find yourself in the company of four grade A trash, but handsome bachelors vying for your attention! Enter the life of Toujou Hibari, an heiress to a conglomerate family who gets thrown into a house to find a suitable husband amongst four men who have been handpicked by her eccentric grandfather. Sounds like a dream come true, except all four men are unemployed gold diggers and Hibari is an extremely reluctant bachelorette who has zero interest in trying to find a future husband. This could either be hell for our bachelorette or the most amusing dating scenario that’s reminiscent of a VH1 dating show.

“Variable Barricade” is a romantic comedy otome game from Idea Factory Otomate and localized for the western audiences by Aksys Games for the Nintendo Switch. Players will play as the head-strong, opinionated, takes-no-crap, heroine Hibari who navigates living in a house full of bums. Her grandfather wants her to find true love, but it’s kind of hard when her choices are a marriage swindler, a debt generating masochist, an addicted gambler, and a sugar baby. Yes, all these men sound like absolute trash, but is there more to them than it seems? 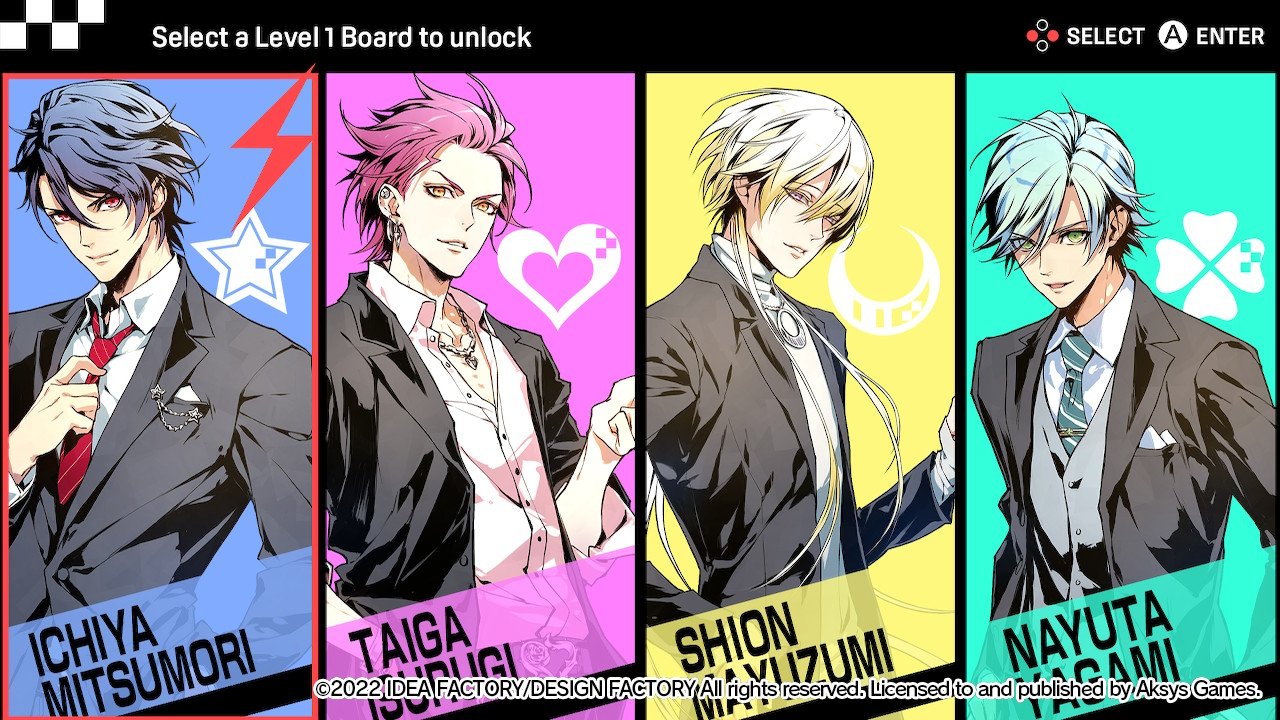 Mitsumori Ichiya: The oldest bachelor out of the four with an almost 10-year age gap between him and the heroine. Ichiya is known to be a “marriage swindler,” but a better way to describe him would be a gigolo who learned all his pickup lines from a catfish line generator. He is the epitome of cringe and the most delusional out of the bachelors. 10 out 10 for the most annoying too, but if you like massively insecure men who know how to cook, then Ichiya may be the husband for you!

Isurugi Taiga: An orphan who spends most of his time backpacking abroad and gambling at every casino joint he finds. Taiga is the most mature and level-headed bachelor despite his gambling addiction and his tsundere personality. He banters a lot with the heroine, so expect a lot of angst and chemistry right from the moment you meet him until he ruins it by mentioning your chest size. Pick him if you want a reverse and slightly raunchy “Pride and Prejudice” romance.

Mayuzumi Shion: The trashiest bachelor. Shion is an animal-hating sugar baby who believes that his air plants have souls and can talk. He needs massive therapy, but instead he rather just be a bum. If you are a sugar mama or want a toxic trophy husband, then Shion is your doll/man.

“Variable Barricade” uses a unique flow chart system and love affection gauge. Instead of chapters or a linear flow chart, the game is played on a game board called Barricade Boards. Each space on the board is a scene you can play/read through, but there will be spots that will not become available until you fulfill or play certain scenes in an order. There are four routes and a true route ending, however none of these are locked and can be played in whatever order the players wish. Although it is recommended to have played through Ichiya’s route before the true ending.

The affection section is portrayed as a cute RPG mini game. Your choices as Hibari will either raise a “romance” or “reason” affection level and will dictate the type of ending you will unlock on each of the suitor’s game board. Romance choices will allow your chosen suitor to obtain weapons to break down the barriers around the heroine’s heart, while the reason choices will build up further walls.

The game also has some extra features that are in the form of a texting app (WHIS) and a drop box section of recorded videos (RABI). WHIS will show players text messages from various characters throughout the game. There will even be choices you can make; however, they do not impact the RPG mini game. RABI is a mechanical toy rabbit that the heroine uses to essentially spy on the bachelors. Videos will pop up in this section very frequently and while they do provide more context on the freeloading bums in the house, it can get excessive and take you out of the actual storyline at times. While they can be skipped, there are CGIs that get unlocked after viewing the videos. 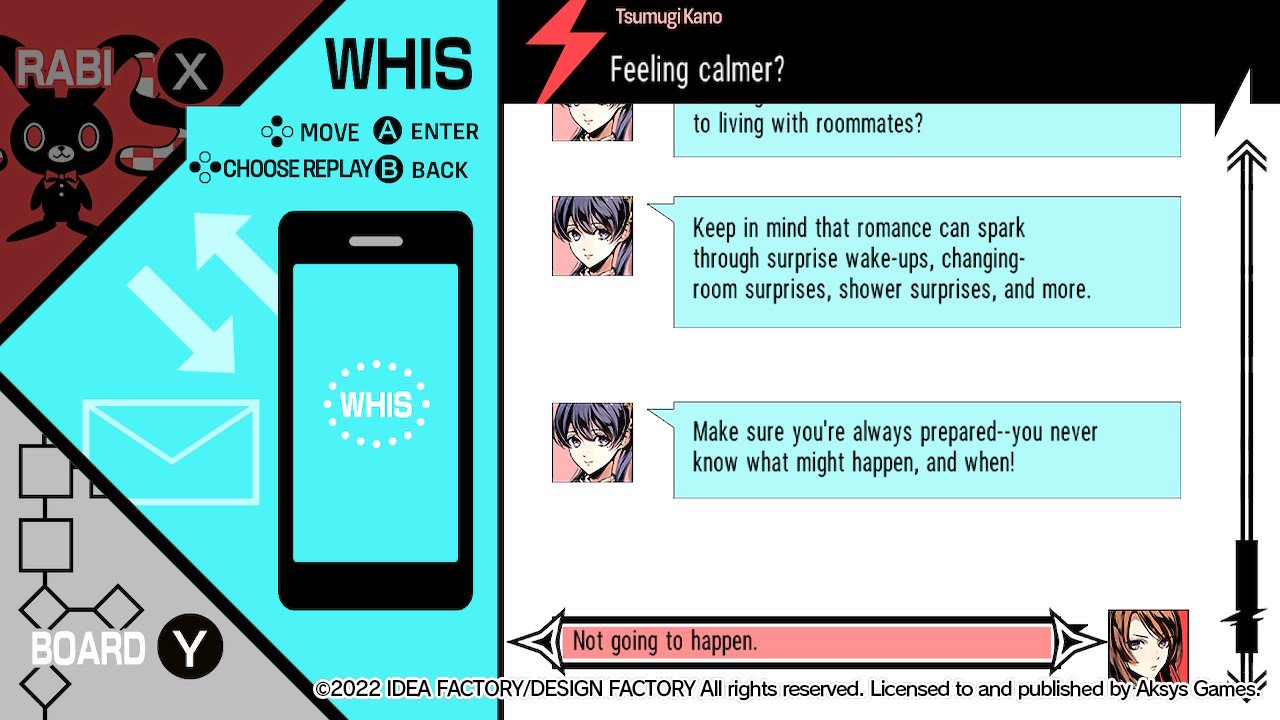 “Variable Barricade” is a highly entertaining, fully voiced, character driven romantic comedy game. The cast of characters are all so quirky and ridiculous that every scene and dialogue they exchange with each other induces non-stop laughter. As if you are watching a trashy reality TV dating show, enjoy multiple points of view in the game too. Another aspect the game excels at is its portrayal of female friendship. The level of support our heroine gets from her friends make them the best wing women you could ask for. Also, the growing bromance between the suitors is another plus.

While the comedy aspect of the game is spot on, the game does fall weak in some parts. The common route is considerably long as it includes all the suitors’ prologue Barricade Boards. You must play through all of them no matter how annoying some of the men can be at the beginning of the game. Also, once you complete a scene or spot on the Barricade Board, you cannot replay it as it gets locked. You can only re-visit or replay the scenes by restarting the entire Barricade Board over or reviewing it in the Gallery section from the main menu. However, you cannot unlock endings if you replay the scenes in the Gallery. Luckily, there is a skip button feature in the game and you can skip the common route, so you do not need to redo it every time you choose a suitor.

Another con for the game includes the mechanics of the menu and title screen for the game.  As you move throughout the menu and title screen, there are voiced sound bites with a translation box that will show up every single time you click into different screens. While it’s a charming addition, it’s extremely distracting since the text box will cover portions of the screen and they will not disappear until the sound bite is finished. This feature was the most distracting during the save file screen as it has caused a few files to end up being deleted due to the text box preventing you from fully viewing the save options. 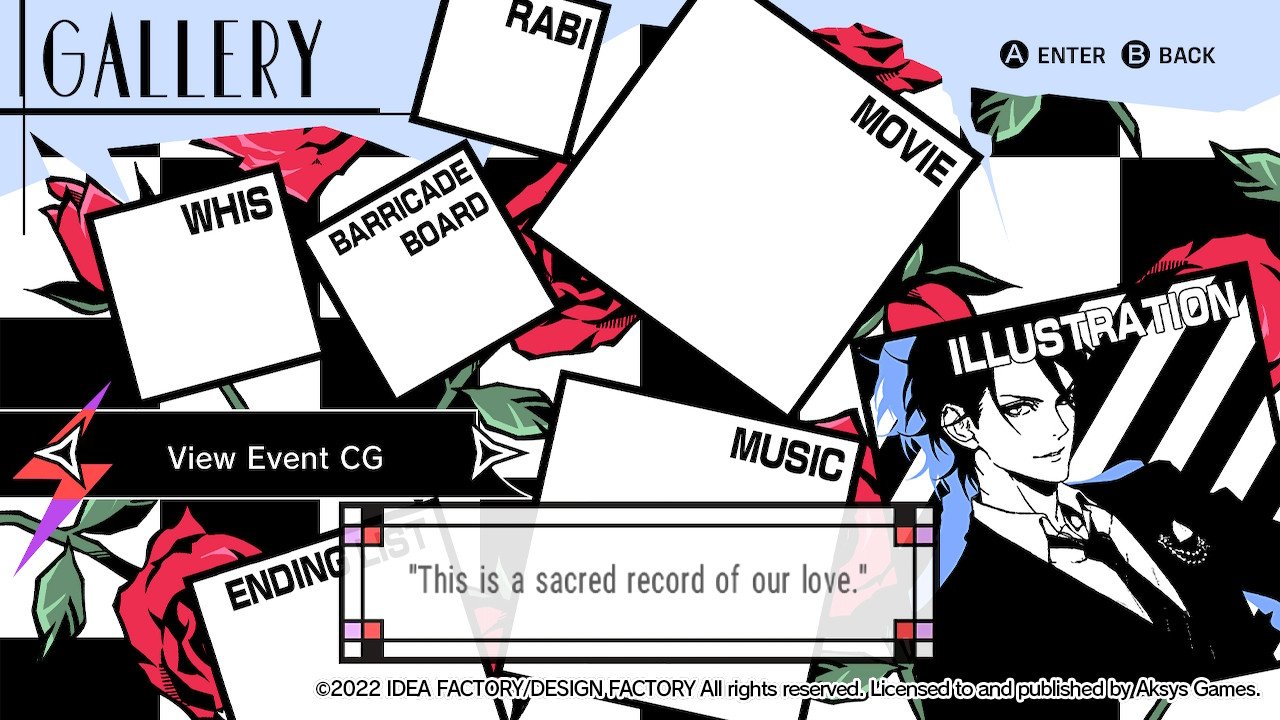 Players should also be warned about the various trigger warnings in the game. For the most part, many of the endings you can achieve in the game are satisfying, but there are some themes in some of the suitor’s storylines that can be deemed inappropriate or triggering to some audiences. Some of these themes are grooming, age gap, emotional abuse, pedophilia, obsession, and even implied incest. They are not too prominent in the story, but the way they are handled or portrayed can ruin some routes for some players. Most of these themes can be found in the true route ending and in Shion’s route.

Minus the few problematic elements and the overuse of some features, Variable Barricade is a solid, fun, and memorable otome game. If you enjoy guilty pleasure reality tv dating shows filled with drama and romance tropes, then this is a must play. The visuals are stunning, the voice acting is phenomenal, and every character (except perhaps two of the characters in the game) is wonderfully fleshed out. You’re guaranteed to find something surprising and entertaining with this otome game! 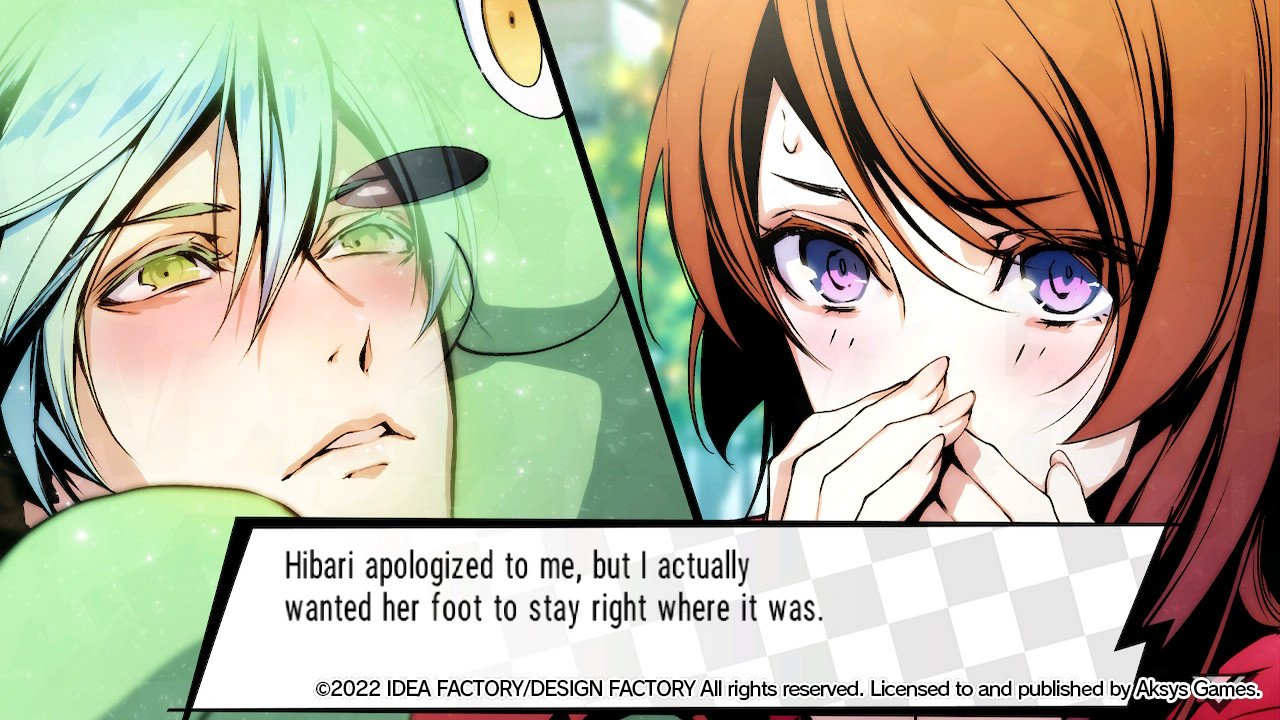