Rookie group BLITZERS delivered an energetic show on February 8th, 2022 at The Regency Ballroom in San Francisco on their first stateside tour. The seven-member K-pop boy band debuted in May 2021, and despite having less than a year of official experience under their belt, they took the stage with the confidence and synchronicity of seasoned veterans. VIP ticketholders got to meet the band up close through a personal hi-touch experience, and the intimate show provided plenty of opportunities for audience interaction.

The group opened with a rousing performance of “Blitz,” chanting “Don’t be shy, just speak up!” in the unapologetically funky rock track. Before jumping into their next song, Chris, Jinhwa, Juhan, Wooju, Sya, Lutan, and Go_U introduced themselves in English and expressed their excitement to meet their fans, affectionately nicknamed “BLEE” (short for BLITZERS’S GLEE). While Chris served as the translator for more complex comments, it was clear that all the members practiced their English diligently for this show.

The band then performed “K-POP,” a song with a rolling trap beat about taking refuge in music after a heartbreak, followed by “Dream Pilot,” a light-hearted song that allowed the group to embrace their playful, boyish side. Fans chanted along to the chorus of “Will Make a Mistake,” a song about letting go of the fear of making mistakes and bouncing back from failure. 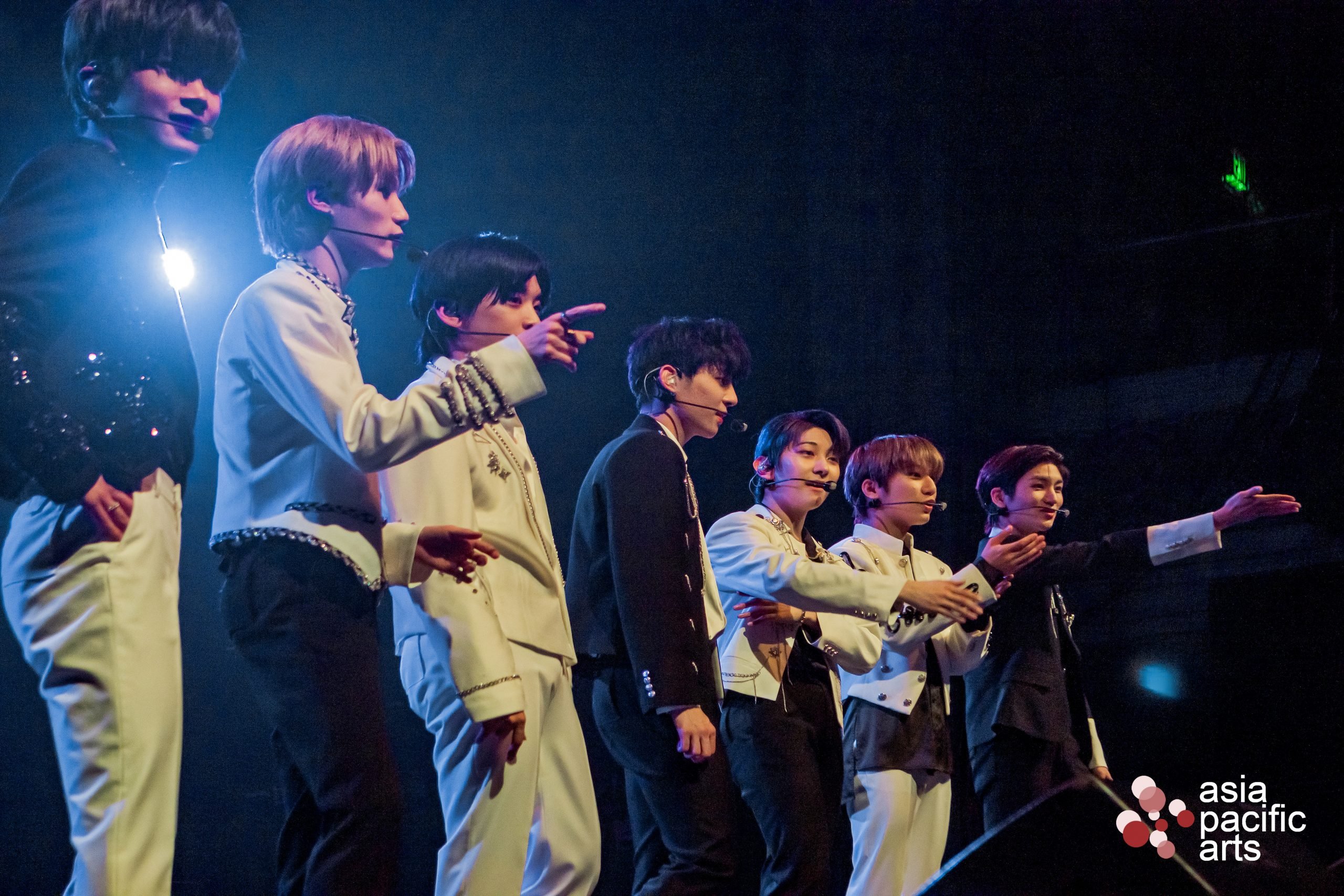 While the group’s strong suit is in delivering captivating performances and impeccable dance execution, the band is not afraid to channel their emotional side by performing a mellow ballad, “Rain Drop,” for their next song. Wooju, Go_U, and Juhan’s vocals shone in this song, and by the last few verses, the audience was singing and waving their hands along with the group. Most of the group left the stage, leaving Juhan and Chris to play a warm-up game that was definitely just an excuse for the boys to show off their flexibility. To the audience’s delight, Juhan gave a solo vocal cover of “Paris in the Rain,” a soothing song originally by SF-born artist Lauv. While the performance was sincere, at times, Juhan’s breathier, more delicate tonality was overpowered by the instrumentals.

After his solo, the full group returned onstage, this time dressed in princely monochromatic blazers with oversized buttons and glittery accessories. They played fun audience game to determine which lucky BLEE would get prizes before launching into an energizing performance of their latest title track, “BOBBIN,” bringing forth more aggressive, hard-hitting choreography to match the intensity of the throbbing guitar and compressed vocal effects in the song. Their last official song, “Drawing Paper,” was a tender ballad, and, despite being on the higher side of the band’s vocal range, the performance gave the group an opportunity to showcase lovely adlibs and harmonies, all the while waving their lightsticks in unison with the crowd and making hand hearts for BLEE.

Before bidding their fans farewell, the band returned to the stage in black BLITZERS hoodies to an eager crowd, treating the audience to encore stages of “Breathe Again” and “Forever in My Heart.” Beneath the members’ bubbly demeanors and big smiles is a sincere gratitude for their fans and for the ability to do live concerts. While the show was only 90 minutes long, the memories and addicting melodies will forever stay in BLEE’s hearts.