After dropping his first independently released album, “There and Back Again,” singer-songwriter Eric Nam hit the road for a world tour with over 50 stops across North America, Europe and Australia. Known for his sweet vocals, the artist is no stranger to The Warfield in San Francisco, attracting a fully packed house. This tour marks the third time Eric has returned to San Francisco, and his shows have become increasingly impressive with each visit, demonstrating his growth as a live performer. While listeners are familiar with Eric’s smooth singing, he offered far more on his “There and Back Again” tour. Here are three reasons why you should see Eric Nam live:

When Eric stepped on stage in a self-tie blouse tucked into pressed wide-legged pants, his prim and proper look did not hint at the vivacious energy he was about to unleash. Opening with “Any Other Way,” the singer bounded across the stage to vigorously dance with abandon, doing everything from jumping, gyrating, flailing, spinning and pointing into the crowd. This was a side of Eric not seen on televised music shows. While K-pop acts are often praised for their complex and meticulous performances, there’s an infectious thrill to seeing the singer enjoy moving freely onstage, paying no mind to delivering precision but instead passionately feeling the vibes. He exuded chaotic good energy throughout the show, naturally inspiring concertgoers to let go and lose themselves in the music. As the concert went on, his neat blouse became untucked and ribbon undone, but it reflected how spirited his performances were, which made the experience all the more memorable. 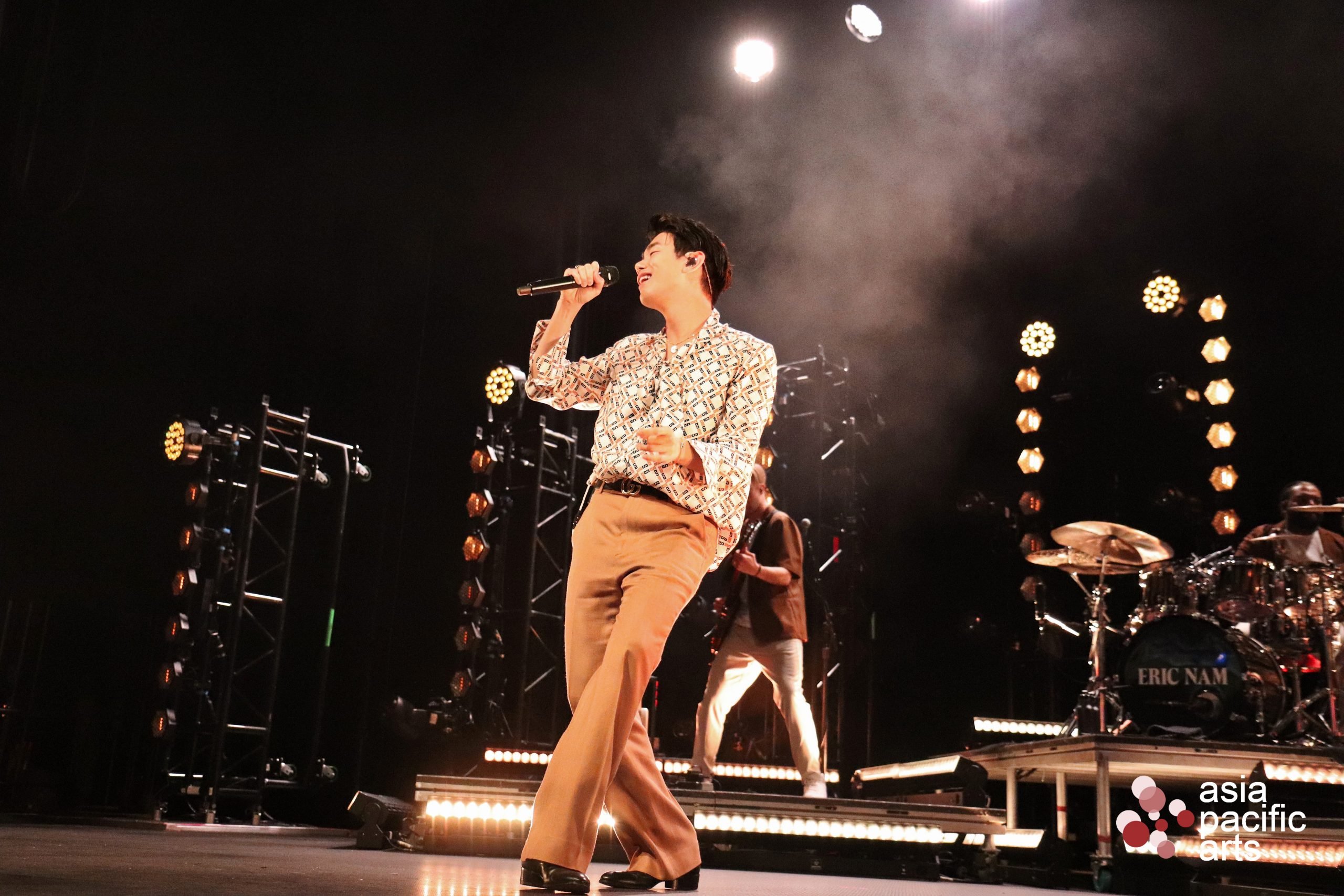 This time around Eric brought a live band with him to take his performances to the next level. With the band backing him up, the singer got extra playful with the crowd in “Down For You.” The audience’s excitement was palpable, as Eric’s coy singing and the funky bass amped up the groovy vibes reverberating through the venue. Also, a show standout was “Wildfire,” in which the band helped build up musical intensity after each chorus punctuated with Eric’s high notes, before launching into an epic instrumental solo that put the cherry on top of the performance.

Soak in the Dazzling Stage & Lighting

It would be remiss to leave out the remarkable show production. Making the most of the stage space, the band performed on a multi-level platform lined with lights and framed by light towers. The lights effectively set the tone for each performance, accenting the mood of each song. In “Echo,” the soft pulsing blue stage lights created a somber atmosphere fit for the slow song about a relationship on the cusp of falling apart. During the chorus, the light towers turned on to beam sweeping white lights that signaled the crowd to wave their arms to the beat. As the show approached its end, the venue became bathed in rainbow lights during “Congratulations” when Eric and the crowd passionately sang together about celebrating the end of a bad relationship.

Eric Nam’s “There and Back Again” Tour perfectly exemplified the joy of live performances. His San Francisco show invited the audience to enjoy a night of immersive music with no inhibitions. If anyone’s looking for the right concert to get back into for live events, Eric Nam is a fantastic choice.

Click on the photo below to see all our photos from Eric Nam’s 2022 “There and Back Again” Tour in SF on Facebook! 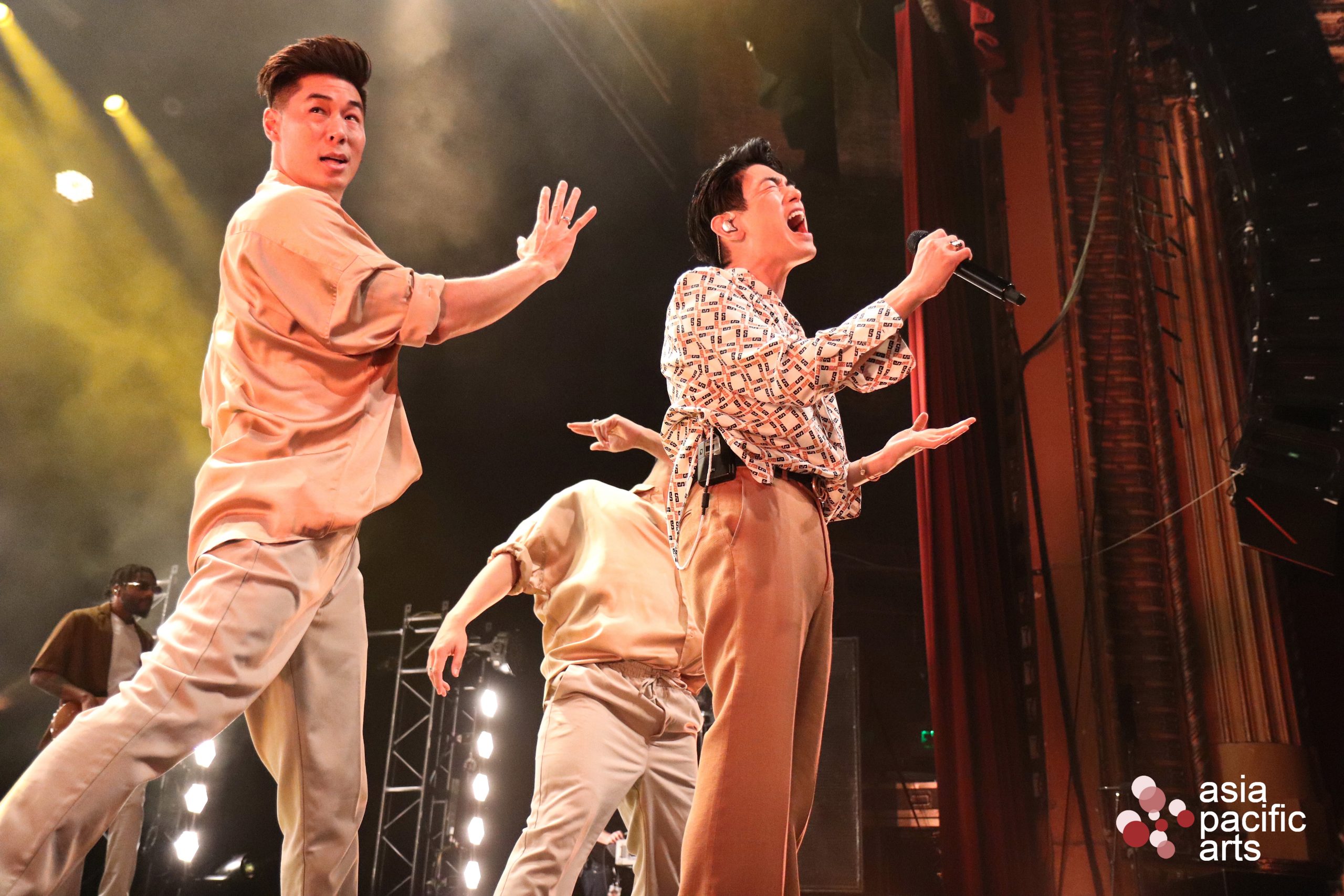