Eight-piece K-pop group ATEEZ returned to the U.S. for their long-awaited U.S. tour, “The Fellowship: Beginning of the End,” which was delayed two years due to the pandemic. Kicking off night one of two finale shows at The Forum, the group shouted their signature greeting, “ATEEZ Present!” to the delight of their fans known as ATINY.

While the pandemic has forced some productions to scale down, ATEEZ came full force with top-tier production that was well worth the wait. The group prepared a concert that was segmented with narrative videos that told the story of ATEEZ setting sail on their journey, “The Fellowship.” These videos set the stage for each portion of the show in which ATEEZ showcased their diverse discography paired with four uniquely different outfits.

Known for their standout fashion and concepts, ATEEZ often wear themed attire such as their pirate-inspired outfits for “Pirate King,” or dressing up stage outfits with heaps of accessories from chains and chokers to gloves and rings. The group started off the night in bejeweled velvet suits and harnesses to bring the crowd hard-hitting songs like “Wonderland,” “Pirate King,” and “Say My Name.”ATEEZ then changed into white suits to perform softer, slower songs such as “Better” and “Utopia.” These outfits can be likened to the start of a journey, in which our heroes set out with a strong start and encounter the calm before the storm, when everything seems quiet and calm. The third outfit was a set of mismatched streetwear, which complemented higher energy party songs like “Answer,” “Fireworks (I’m The One),” and “THANXX.” This marked the climax of ATEEZ’s journey, with fans’ cheers fueling the group’s energy. Unfortunately, the youngest member Jongho had to stay offstage to tend to his injured ankle for the remainder of the show.

The seven members finished up their passionate performances with a vibrant rendition of “The Real.” Prior to their final encore performance, they winded down the show with a moving video, showing the group’s journey as performers from the joy they felt during their first concert to their disappointment about their postponed U.S. tour. As they’ve finally been able to return to the U.S., ATEEZ finished the concert with refreshing songs such as “Eternal Sunshine” and “Dancing Like Butterfly Wings,” wearing casual tee shirts and jeans to fit the cheerful atmosphere. 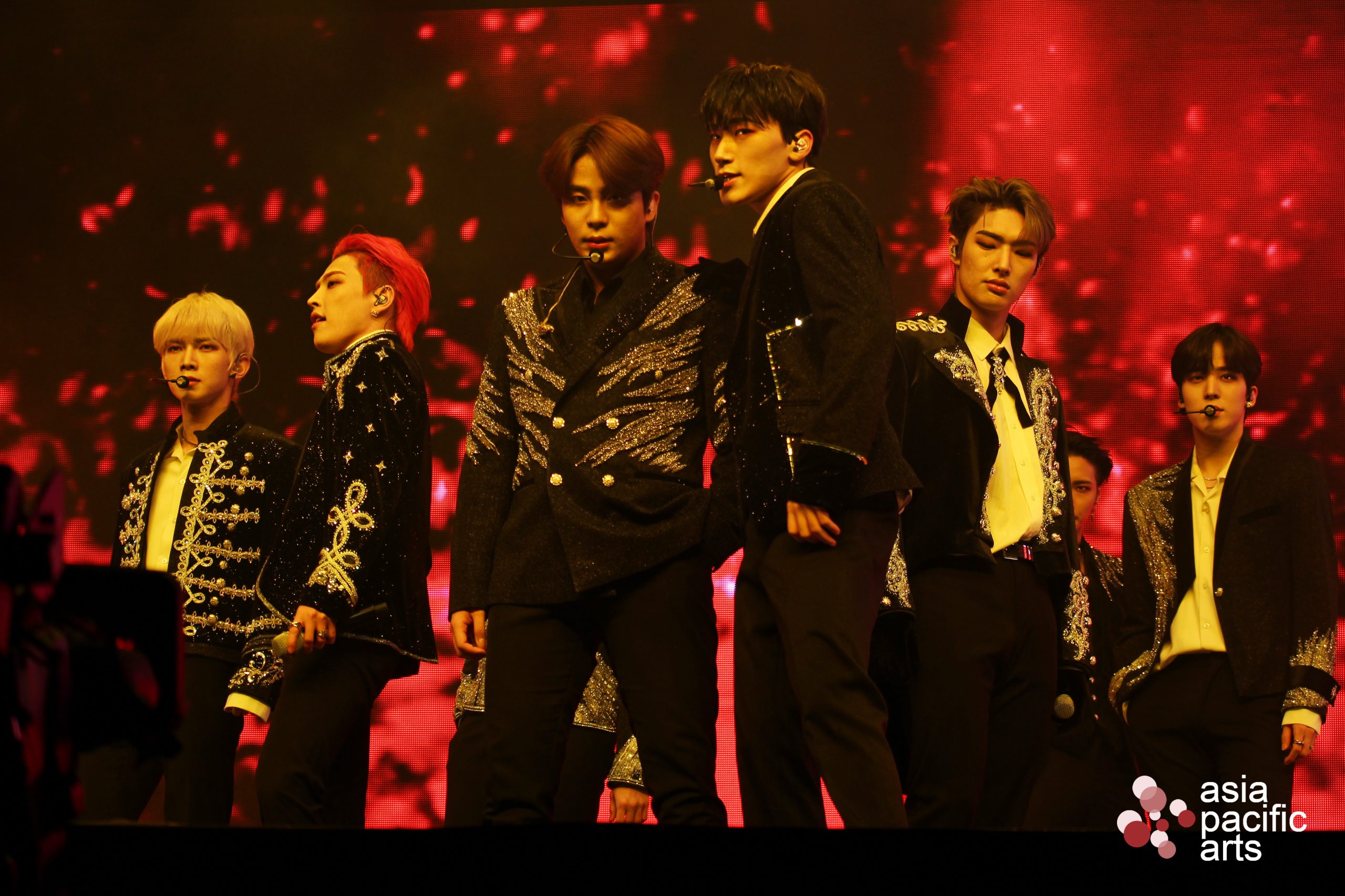 Driving the concert’s storyline was ATEEZ’s exceptional ability to command the stage. From hyping up the crowd with random adlibs and shouts to performing captivating dance solos, the group clearly demonstrated why their stage presence is so unique. Though some members were quiet or shy during talking segments, every single member shone during their performances. Performing explosive dance moves with expressive facial expressions, playing off of each other’s energy, and fully engaging the audience with questions and fun activities like doing the wave with their lightsticks, ATEEZ captured the crowd’s attention as soon as they stepped on stage.

Centered around an easy to follow and interesting storyline, ATEEZ’s concert was something that’s been missing in the K-pop concert scene in the U.S. for a while. In recent years, K-pop artists have tended to play videos with aesthetic concepts or of the group playing games, rather than tell a story through their concert. Bringing a show with high quality production and topnotch performances, ATEEZ successfully took ATINY on an unforgettable expedition, from start to end.

Click on the photo below to see all our photos from ATEEZ’s 2022 “The Fellowship: Beginning of the End” Tour in LA on Facebook! 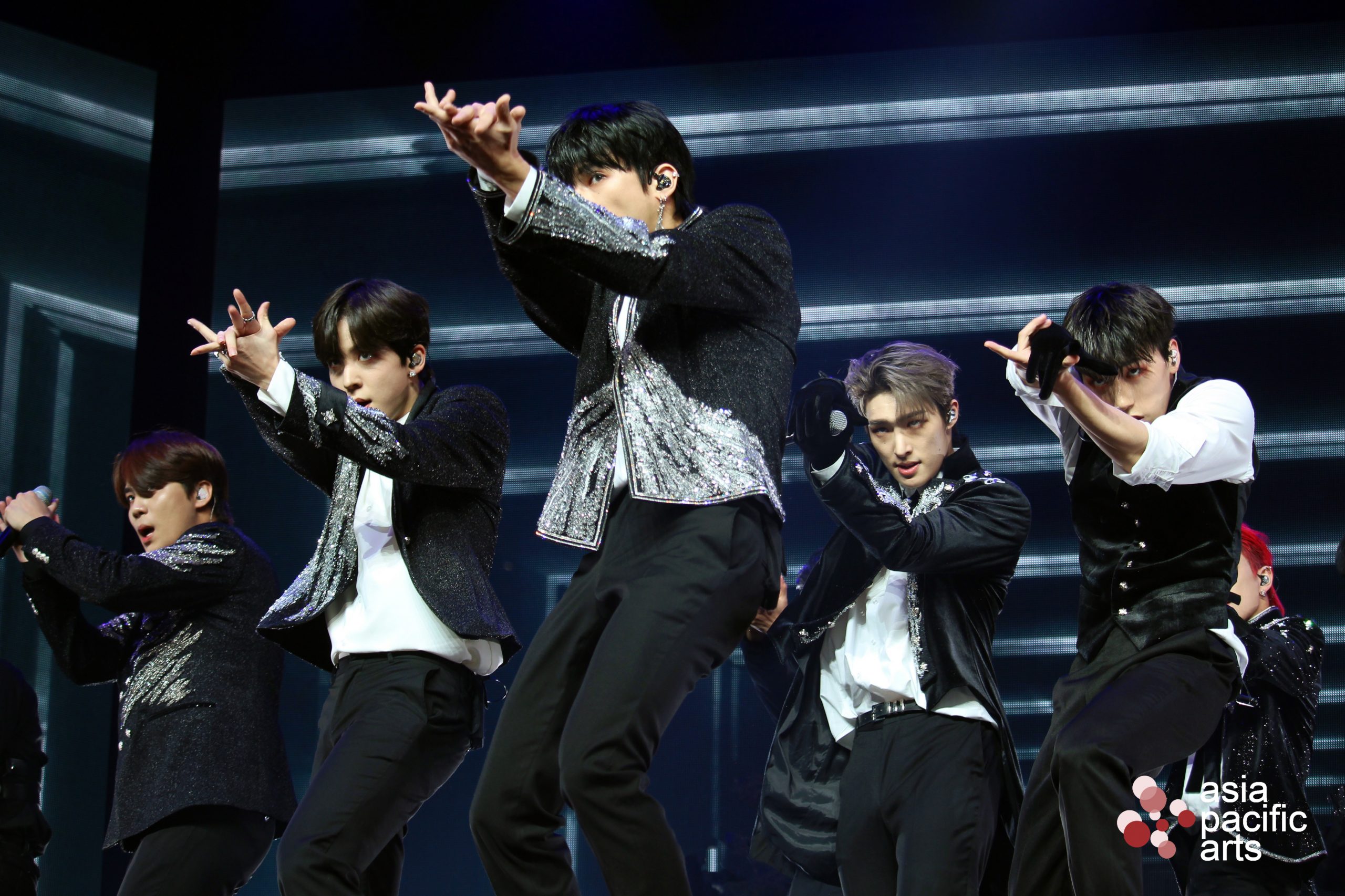