Skip to Content
Home Feature Pentagon IN:VITEs U to a New World

Nearly one year since their previous release, Pentagon has returned with their 12th mini album, “IN:VITE U,” on January 25th. “IN:VITE U” is the group’s first comeback following the return of eldest member and main vocalist Jinho from his mandatory military enlistment. Members Kino, Shinwon, Wooseok and Jinho participated in the composition and lyric writing of the album. To commemorate the new release, Pentagon held a showcase to preview their album and perform their title track, “Feelin’ Like.” 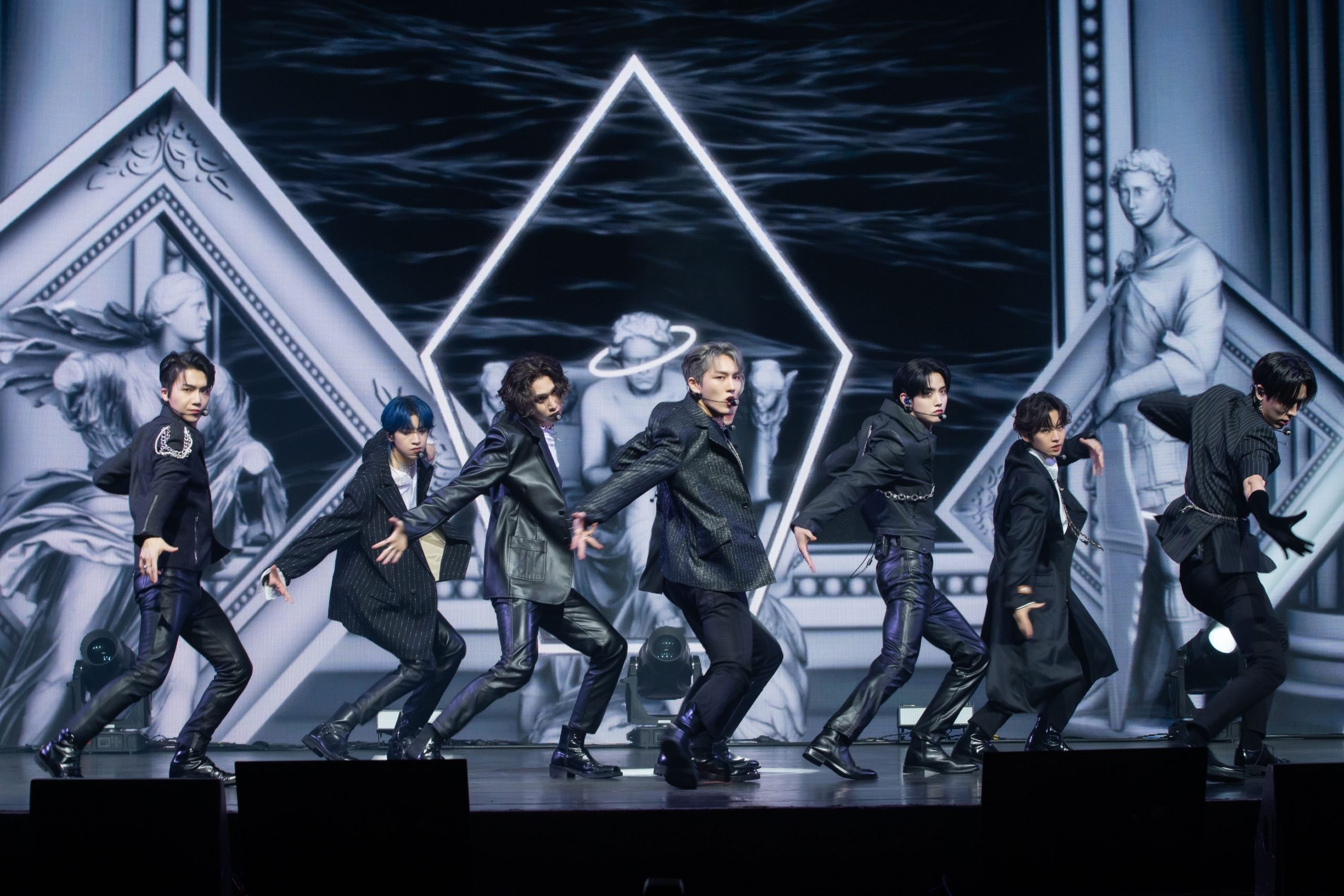 According to the group, “IN:VITE U” is an album that welcomes listeners to a new world, where different types of love exist. Rather than the confident, honest love portrayed in the group’s previous releases such as “Shine,” lead song “Feelin’ Like” represents a new journey and adventure with their fans, known as Universe. To describe the title track and album in one word, Yuto combined the words classy and sexy to form “clexy,” while Kino simply went with “perfection.”

With Jinho’s return, Wooseok shared that one of the best parts of creating the album was being able to hear Jinho’s voice in their songs once again. For Jinho, getting back into performing choreography was a little difficult, but he put in extra practice to prepare for the comeback. Overall, the group unanimously agreed that this album represents Pentagon’s growth and maturity, now five years into their career.

With an addictive hook, “Feelin’ Like” features a catchy EDM pop melody reminiscent of the chorus of Eric Nam’s “Don’t Call Me.” Smooth vocals from Yeo One, Yan An, and Hongseok complement the soft yet charismatic rapping from Yuto and Wooseok. As if to announce his return to the group, Jinho belted the high note, leading to the song’s final chorus. While Jinho’s powerful vocals never disappoint, the final chorus offered little variation to end the song with a bang.

While the song is fresh and fun, the music video gives off a classy and elegant feel. Each of the eight members are dressed in sleek, well-fitted suits and take turns throwing smoldering gazes into the camera between cuts of group choreography. Perfect for this day and age where TikTok dance trends are all the rage for music promotions, “Feelin’ Like” features simple chorus choreography that’s easy to follow, and will surely make for a fun dance challenge for Pentagon’s fans, known as Universe. Filled with countless formation changes, the choreography gives each member a chance to shine. While it hasn’t been long since the release, the new song has already topped Bugs music charts in Korea, and the music video has earned over 11 million views.

In addition to their performance of “Feelin’ Like,” each member exhibited their individual charms during the photo-taking portion. The members showed both charismatic and humorous poses, such as Shinwon making a pentagon shape with his legs and Yan An flexing his biceps in his single sleeveless top. Another highlight of the showcase was undoubtedly when the group decided on their promise to fans if they win first place on a music show. The honor of choosing said promise was given to Jinho, who bashfully promised Universe that he would reveal his body profile if the group is to win first place at any time during promotions.