Poupelle of Chimney Town is a storybook-turned-film that tells the story of Lubicchi and his friend Poupelle on an adventure to find the stars beyond his hometown. Despite being constantly told that the stars did not exist, young Lubicchi never gives up on his dream of finding them. With the help of his new friend Poupelle, who is a living, breathing, talking man made of garbage, Lubicchi sets out to prove to the townspeople that his dreams are actually reality. On the way to the stars, he meets new and unique people and uncovers the truth of the past for his family. Ahead of the U.S. theatrical release of Poupelle of Chimney Town, Asia Pacific Arts spoke with original creator, executive producer, illustrator, music director, and screenplay writer Akihiro Nishino about the origin of the Poupelle of Chimney Town storybook, its film counterpart, the future, and more. 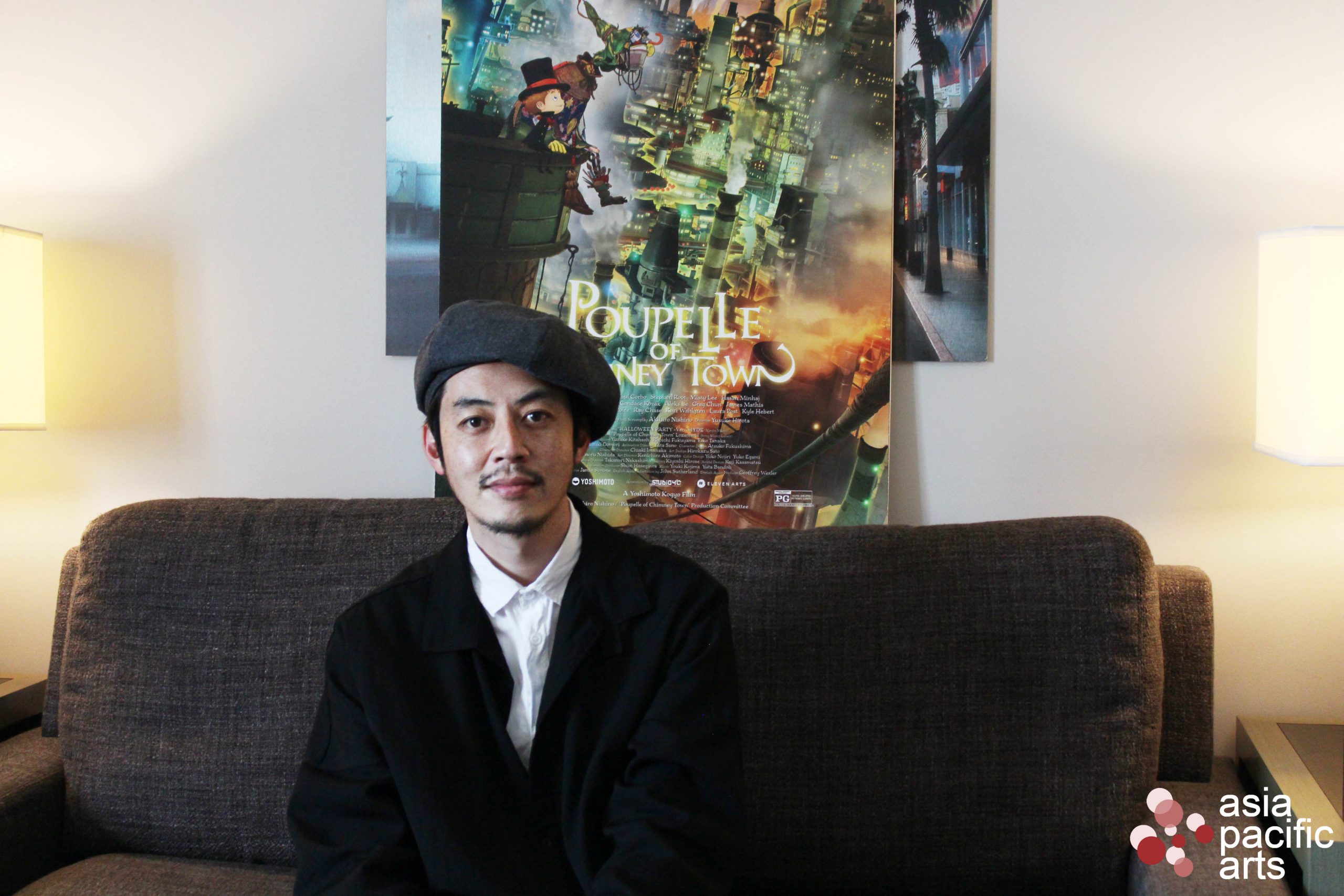 “Follow your dreams” is something we often hear and say, but it isn’t something we see people living by. As a core message of the film, Nishino explained, “I have many roles: comedian, picture book writer, film director, musical director, and Kabuki director. But, Japan is such a closed society, and when you try to do something, you get criticized. It’s a country where, if you try to challenge something, people will laugh at you, get in your way, or just won’t let it happen. I’ve also tried many things and was laughed at, and it was challenging. ‘Oh, that’s not your place to do that,’ or ‘Just keep quiet and not do that,’ those are things that people have told me, but it just was something that I could not accept. And at the same time, I thought somewhere in the world there’s probably someone like me who’s trying to do something, but being criticized. For that one person somewhere out there, I wanted to give a word of encouragement. So as if I were writing a letter to the person, I created the story. That is the heart of this film.”

With this in mind, Nishino confidently shared Lubicchi as the character he relates to the most because “he is who I was.” Regarding his career, Nishino originally debuted as a comedian. He was quite successful in the television world, but he reached a point where he realized that his act relied on the Japanese language, and he could only make at most 120 million people laugh and happy, as that is the population of Japan. He came to the realization that he wanted to start something nonverbal or something that could translate into other languages to reach a larger audience, which is how the Poupelle of Chimney Town storybook came to be. In the form of a picture book, it can go anywhere, such as China, Brazil, Greek, or the United States. “When I started this picture book project with the aim to go overseas, everybody said, ‘Oh no, that’s not going to happen. You’re such a fool in doing that,” because they didn’t understand why I would give up my successful TV career for this. But when people were saying that to me, I kept continuing to look up and think, ‘How can I be successful?’ just like Lubicchi.”

Seeing the final product was a meaningful moment for Nishino. With a movie that greatly met his expectations, he described his feeling of seeing it for the first time as just the beginning. “My challenge continues,” he stated, “the film is not just it. I’m currently working on the production of the musical as well as the Kabuki version. I also want to create a Chimney Town. In a way, this movie is an entry or gateway to let people know of all these other things, so in that way, this movie played a wonderful role.”

Balancing his various roles in the creation of the film, Nishino said, “In my case, I was more and more involved with the creative aspect. In that sense, we needed to think about how I can divide up the role with the director as the executive producer. It was a very difficult issue in terms of how much the director does and how much the executive producer does.” Giving an example of this, Nishino discussed character Scoop: “His movement and the way he speaks, no one could think of how that should happen. So what I did was, I gathered all of the animators, I put on the costume, and I actually played the character. Nobody has ever come across an executive producer who has done that!”

On working with the film’s director Yusuke Hirota, Nishino said, “I have the utmost respect for him, and he is such a flexible person, but he has his own core belief. When he finds something more interesting than what he thought was interesting, he was always flexible enough to go with these other ideas, and he was just wonderful.”

While the film focuses on the importance of chasing your dreams, it doesn’t mean that it happens without its challenges. Nishino considered the film as “episode one,” and audiences will see more of all the characters in the future.