Located in the heart of the city and sandwiched between a gas station and a retail plaza, The Vermont Hollywood may not catch your eye at first glimpse. What would, though, was the long line of fans wrapped around the plaza, dressed up and waiting to see K-pop group, VERIVERY. The seven-piece male idol group embarked on their first U.S. tour, landing in Los Angeles as their first stop. As the event start time approached and fans began to enter the venue, everyone rushed toward the stage to get as close as they could. With a narrow pathway between the barricade and a low stage, being in front was everyone’s priority — as you could easily see the group, and they would definitely be able to see you.

Awaiting the group’s arrival to the stage, VERRERs, the name VERIVERY fans go by, sang along to the group’s music blasting from the speakers. When the lights turned off and the music turned down, the excitement grew tenfold. VERIVERY took the stage with one of their most popular songs, “Lay Back,” starting off with a burst of energy that set the crowd on fire. Continuing the momentum, the next song on the setlist was “Thunder,” another high energy song with heavy beats and synchronized choreography. Aside from these powerful dance songs, the members also made sure to slow things down with soothing songs such as “With Us.”

No concert is complete without special stages, so to no surprise, VERIVERY prepared several for their U.S. tour. As the group revealed on Twitter, the members performed an English version of their debut song, “Ring Ring Ring,” specifically for this tour. They also showcased other special stages as gifts to their fans for the holiday season.

Despite the global pandemic and its hindering of close contact, VERIVERY still did their best to provide as much fan service as they could for VERRERs. For the group’s end-of-show hi touch session, fans were required to mask up and also wear gloves before interacting with the group. The venue also required vaccination proof for fans to enter the concert, which allowed for both VERRERs and VERIVERY to enjoy their time with one another with slightly less worry. The group made sure to answer fan questions, reward every shout of “I love you” with an “I love you too,” and show fans their appreciation with constant words of affection. Despite only having one member who is fluent or near-fluent in English, VERIVERY also consistently spoke English during their talk segments, wanting to connect directly with their VERRERs rather than through the translator.

As the night drew near its close and the group walked off stage, chants for an encore quickly began. While VERIVERY had put in their all to prepare for the concert, VERRERs also did their part in preparing a special moment for VERIVERY. Once the group returned to the stage, banners made by fans with the phrase “베리베리 ♡ 베러해” (translating roughly to VERIVERY ♡ I LOVE YOU with the word VERRER used in the I LOVE YOU) were raised into the air by everyone in attendance. Left speechless, the group paused to take it in, and continued their final few songs with smiles on their faces.

With a final assurance from the group that they would never forget the concertgoers, the memorable night came to an end. “Be happy and be healthy” was the final message from VERIVERY to VERRERs as they completed the first stop of their first U.S. tour. With that, the group exited the stage, and VERRERs slowly trickled out of the venue with grateful expressions, and memories to hold onto until the next time they meet.

Click on the photo below to see all our photos from VERIVERY’s Los Angeles concert from their first U.S. tour on Facebook! 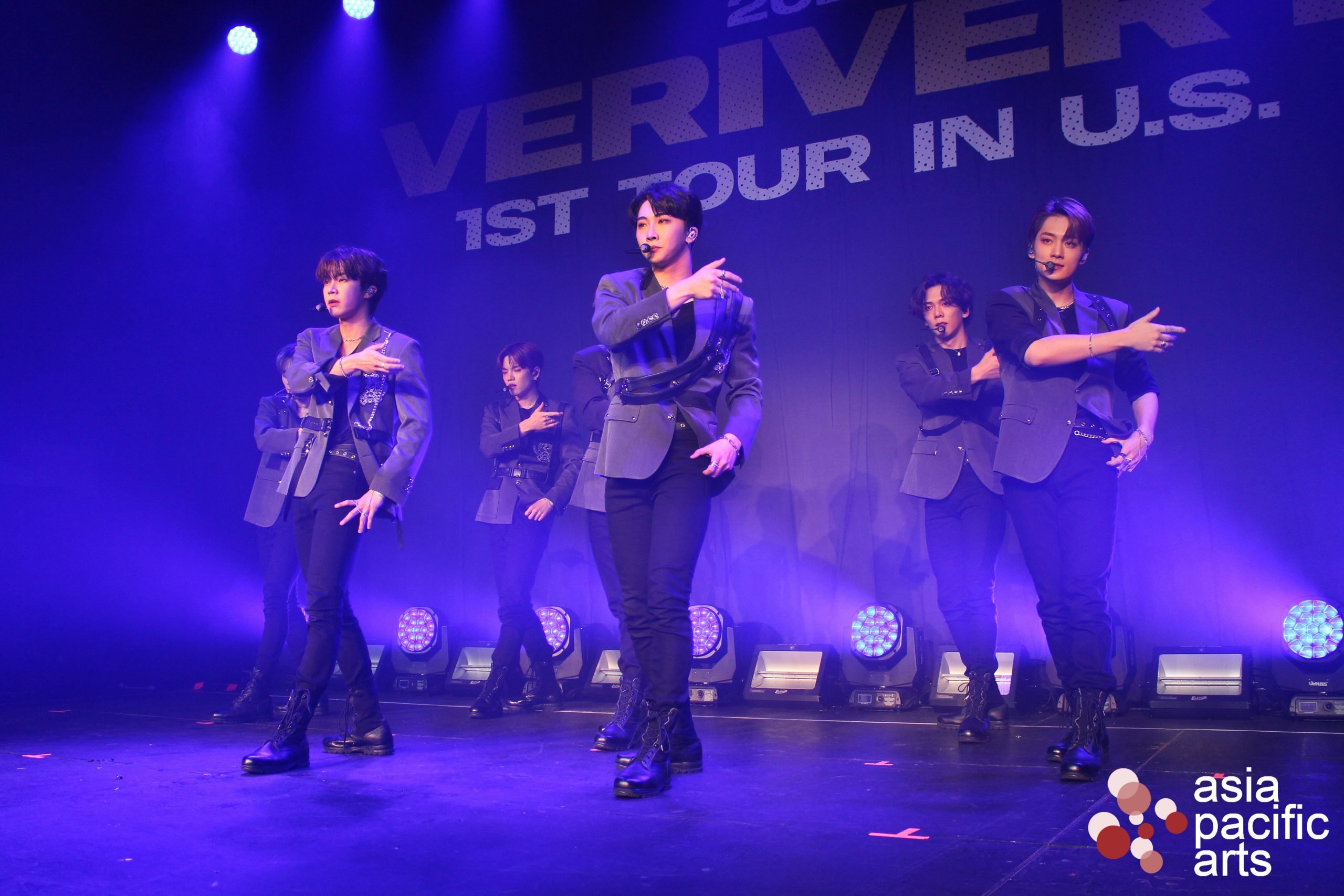