“I believe journalism is the essence of democracy,” says veteran journalist Meera of Khabar Lahariya, India’s only news outlet founded and run entirely by women. Additionally, many of the reporters are Dalit women, members of the lowest social group in India’s traditional caste system. Writing with Fire follows three journalists, as Khabar Lahariya makes the transition to digital media and its reporters investigate often overlooked stories of rape and murder crimes, illegal mining and Hindu nationalism, while dealing with societal challenges and family expectations.

Although the journalists at Khabar Lahariya go against the grain of traditional society and risk their personal safety each day, their relentless commitment and fearlessness to pursue the truth is what gives a voice to the people who need their stories heard. The documentary captures the outlet’s various accomplishments from earning the trust of communities and holding authorities accountable to inspiring positive change.

A striking scene from the film ensues an interview conducted by a group of reporters with a policeman about what authorities are doing about illegal mining in the wake of the rising death toll, a male reporter approaches Suneeta of Khabar Lahariya to criticize her direct approach of questioning for being too aggressive and that she should “always pamper an official with praise.” She looks back at the group of men around her and says while smiling wryly, “There’s enough praise from you all.” Writing with Fire showcases the strength of Khabar Lahariya’s female journalists who hold a mirror to society and seek truth to compel society to lead with justice. — Mai Nguyen 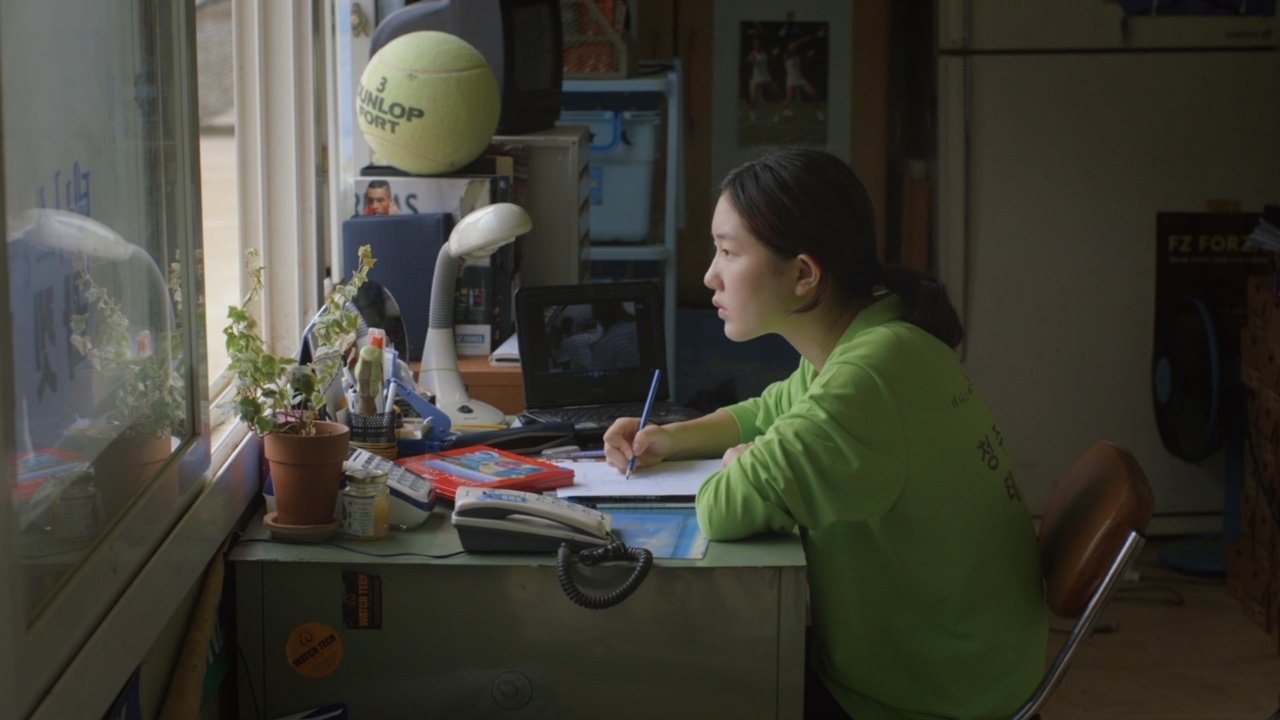 When people think of graduating and moving forward toward a new and exciting future, oftentimes the things and people left behind are quickly forgotten. Kim Min-young of the Report Card tells the story of how a trio of friends faces the reality of adulthood as they venture past high school.

Jeong-hee (Kim Ju-a), Min-young (Lim Jong-min) and San-na (Yoon Seo-young) were members of the “Three Line Poetry Club” together during high school, and formed a close bond with one another. After final exams came and went, however, each of them set out on a different path. San-na took the opportunity to study abroad, Min-young went to Daegu for school, and, rather than heading to college, Jeong-hee began working odd part time jobs in their hometown. While the trio tried to maintain their friendship with regular video calls, conflicting schedules soon made that impossible. When Min-young invited her over to hang out for a weekend, Jeong-hee immediately agreed and got ready to spend the weekend with one of her best friends. During this time, however, Jeong-hee realizes that Min-young and her are at completely different stages of life and no longer have many things in common. Jeong-hee is left with having to come to terms with the fact that her friendship with the Three Line Poetry Club may have faded away.

Kim Min-young of the Report Card delves into themes of change and growing up with an easy-to-follow story. While the story is relatable and well thought out, the film is extremely dialogue-heavy and often has repetitive scenarios taking place, making it challenging to stay immersed when watching. There is also little to no background music, which does help to emphasize the dialogue, but makes for a slightly dull watch. The lighting and cinematography are not overly extravagant, creating a realistic setting for realistic, ordinary characters. While the film falls short in certain areas, overall it succeeds in exploring the complex yet familiar feeling of crossing over into adulthood and how that impacts relationships. — Ephney Tsai 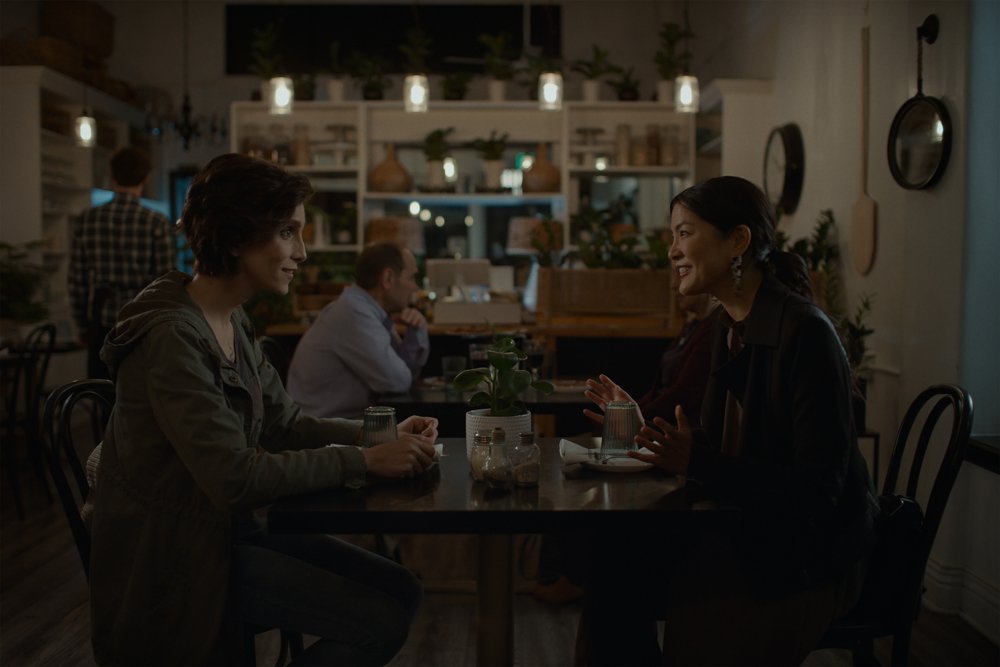 See You Then explores the reunion between a former couple whose relationship ended after a one-sided breakup a decade ago. Naomi (Lynn Chen) is an art professor who is struggling with her career and family, while Kris (Pooya Mohseni) is her ex who suddenly left town without a word to undergo gender transition to a woman. While conversation begins as lighthearted, the two re-examine their shared past and pain to uncover eachother’s truths.

This dialogue-centric film underscores the importance of communication, as Naomi and Kris not only enjoy catching up on their present lives, but also confront how their silence on individual past actions took away each other’s ability to make decisions together as two people who deeply care for one another. Also, the movie’s use of lighting reflects how much the pair have kept each other in the dark through nocturnal camerawork until they face their complicated history and both characters are bathed in a faint red light. See You Then serves as a reminder that being honest, open and communicative is foundational to building a strong relationship. — Mai Nguyen 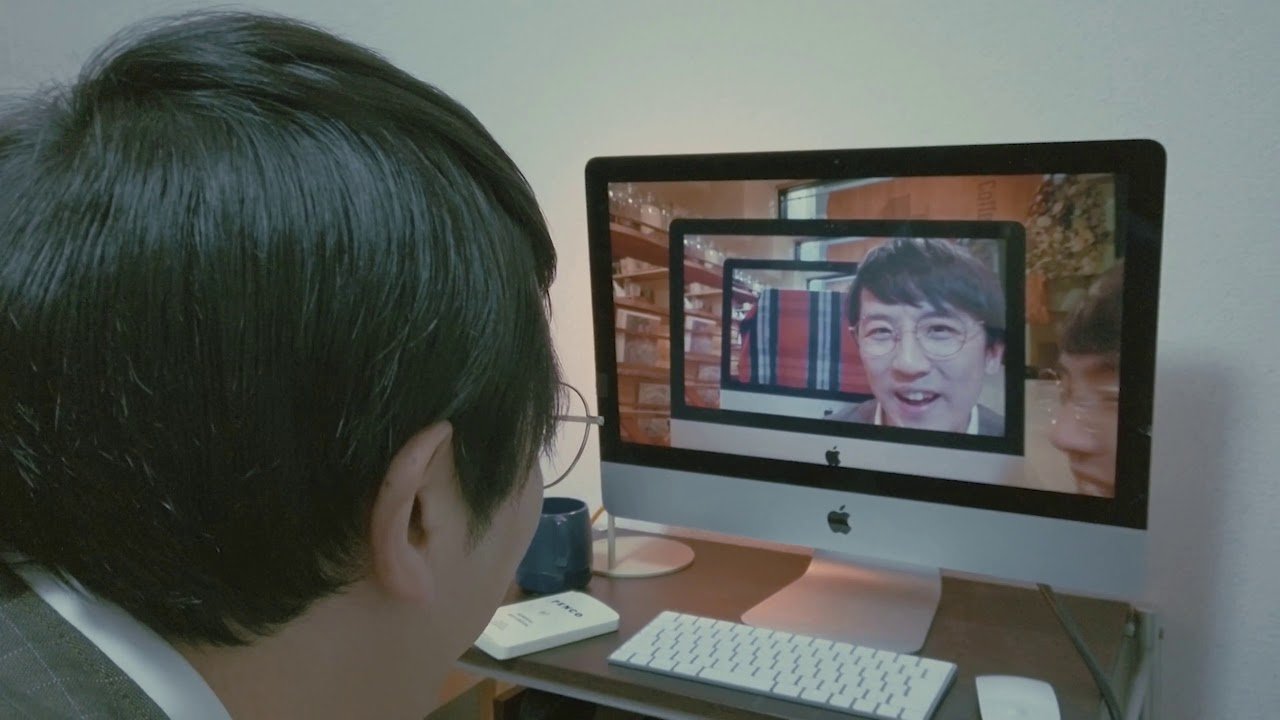 What would you do if you could see the future? What if it’s only two minutes into the future? Beyond the Infinite Two Minutes is a charming and clever film that revolves around cafe owner Kato (Kazunori Tosa) discovering that his computer monitors in his home and his shop are connected with a two-minute delay, so he can see into the very near future. His co-worker and regulars also stumble upon this discovery and start to test what they’re able to learn and achieve with this newfound capability, resulting in silly chaos.

While the film showcases great technical skill to create a complex yet intriguing story concept, the audience is left re-watching the same scenes in different perspectives a few too many times to keep viewers engaged. Although endearingly quirky, the character dialogue at times feels like it is also written too obviously that it is meant to explain things to the audience, so they can keep up with the time loop concept. However, it is incredibly impressive how the film follows the characters through this wacky adventure all in one-take. Ultimately for those into slapstick comedy, the payoff from the climactic scene is worth the watch. — Mai Nguyen