Skip to Content
Home Music 88rising: Head in the Clouds is the Fresh Air We Need

After almost two years of silence, fans welcomed the return of 88rising’s Head in the Clouds with open arms. 2021 marks the label’s third festival after an impressive attendance of 22,500 people in 2019. Doubling its attendees from its first to second year, 88rising selected Pasadena’s Brookside area for its latest show, which paid off handsomely. With the recent tragic events of the Astroworld Festival looming over both attendees and headliners, security and the performers were extra vigilant in keeping attendees hydrated and safe.

Head in the Clouds was the biggest FOMO event of the year if you weren’t watching live (in person or online). Nothing beats enjoying a show in the LA sun while engaging in various large installations scattered across the area. Seeing the event secondhand from someone’s social media account, including Blackpink’s Jennie—who was attending behind the scenes—could not replicate the feeling of being there in person. To make the festival accessible for those at home, the time-delayed stream was available on Amazon/Twitch.

Continuing tradition, the festival had a plethora of choices for food and drink in partnership with 626 Night Market. A giant sign, mimicking strip mall business signage, laid out all participating local businesses and their refreshments. The clever design was distinctively an Asian American cultural symbol and was as characteristic to Los Angeles as spiked boba. 88rising has built the foundation for how and what an investment in Asian and Asian American entertainers, musicians, and entrepreneurs looks like. On a personal note, the festival’s celebration of Asian and Asian American musical acts made music fans feel a sense of community that was lost after the start of the pandemic.

Both veteran and up-and-coming artists had their time to shine center stage during the two-day music concert. The festival performers spanned all kinds of genres from lofi R&B to hip hop to indie rock. Spunky Japanese group Atarashii Gakko! kicked off the event on Saturday with attendees readily diving into the barriers. After their set, Ylona Garcia’s soulful ballad performances set the tone for the Double Happiness stage.

The event gave newer artists, who are building out their discography, a live platform to find their own footing in front of a screaming, hungry audience. More importantly, every artist had the ability to perform how they wanted at their own pace. Some artists, such as eaJ (aka Jae Park of Day6), killed his set despite not having “any music out.” Jae himself proudly shared that he had no official songs on any official music distribution platforms, but added, “I think it’s a flex because I’m at Head in the motherfucking Clouds!” to which the crowd erupted into loud cheers.

To amp up the crowd for the “rave” mood of the festival, Illenium cranked the bass and provided the EDM drops expected for a music festival of this caliber. Admittedly, he was the one artist that felt out of place. His rhythm didn’t necessarily match the rest of the lineup, nor did he really fit in with the cast of Asian and Asian American artists. But it wouldn’t be a festival without putting every bass woofer on full blast.

One of the biggest highlights of the festival were the onstage collaborations between the different musicians within the lineup. DPR LIVE’s set brought on eaJ to perform their song, “Jam & Butterfly,” which was a treat for Day 1 attendees as eaJ’s own set was on Day 2. Following suit, CL invited DPR IAN and DPR LIVE onstage for a performance of “No Blueberries,” to which the crowd went wild at their chemistry and energy. On Day 2, Seori called on eaJ to join in her in closing with her final song, “Dive with you.” He later returned the favor by bringing Seori and keshi (who both performed just before him) for “It just is” and “Pillows” respectively.

These collaborative performances were an intimate view at the intersection of their friendships and musical creativity. Yes, many of these artists in particular were involved in the Korean music industry at some point in their careers. But it’s because of that history and collective struggle to be independently creative that fans were even more excited to see their personal vision shine through at this festival and beyond.

Like the gathering of gods, Head in the Clouds stood out from other festivals by bringing together and showcasing diverse Asian talent. In the finale for both days, headliners joined together with other festival artists to close out the show with a special group encore. Seeing 88rising acts Niki, Rich Brian, Warren Hue alongside other talented Asian artists from around the world together on stage perfectly wrapped up the weekend.

Click on the photo below to see all our photos from Head in the Clouds 2021 on Facebook! 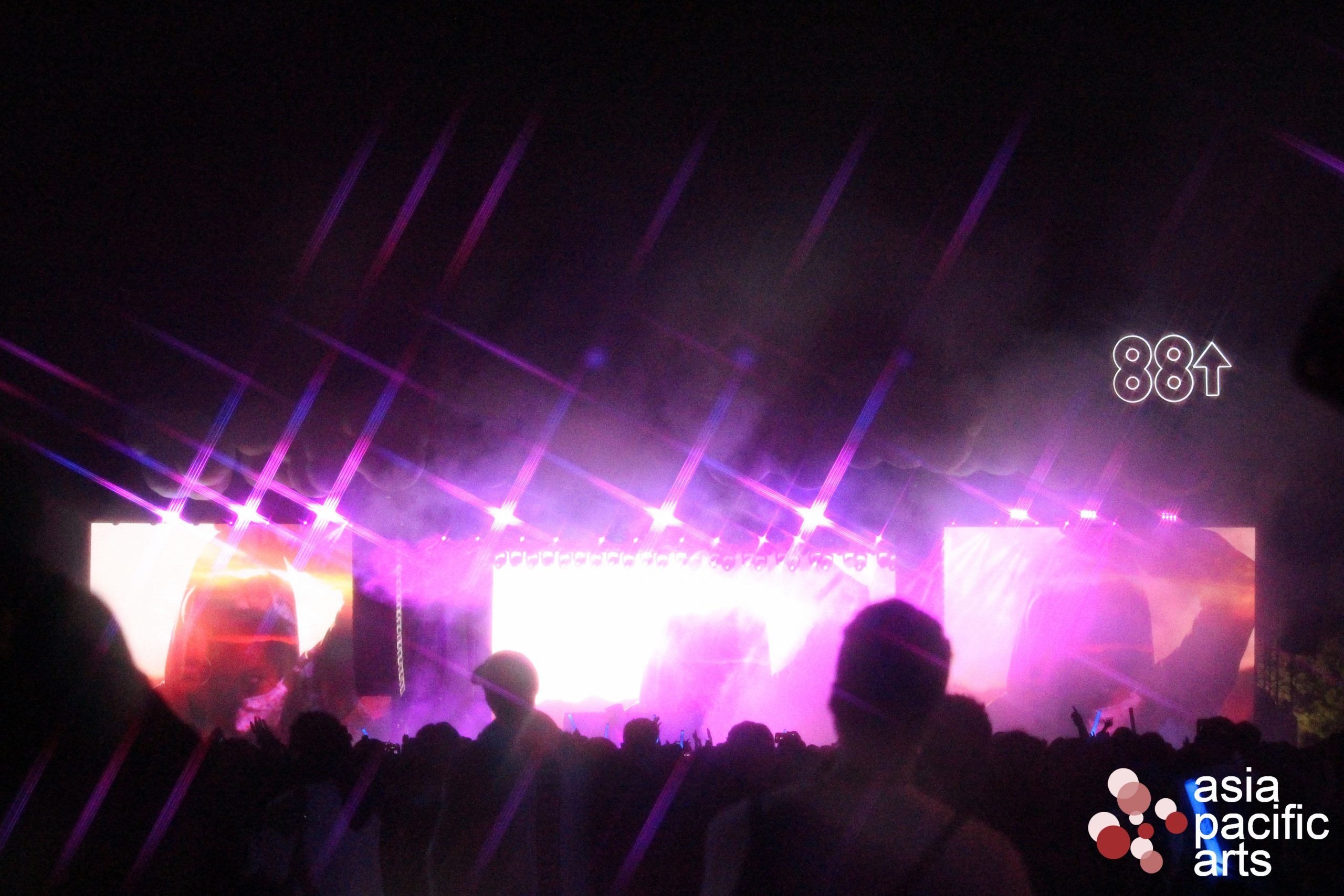