When K-pop fans in Los Angeles heard there would be a live K-pop performance for the first time in almost two years, they did not hesitate to flock to the event. On Tuesday, October 26th, P1Harmony took the stage at the KCCLA Korean Culture Night at LAFC.

The six-member group performed a total of five songs, with a quick break in between to talk with fans. They started the show off with a striking performance of their track “Siren,” slowed things down halfway through with their song “If You Call Me,” and ended their quick but memorable set with their most recent release, “Scared.” While their massive crowd of fans, known as P1ECE, were enjoying the performances, it came as a slight surprise that their sophomore performance in the U.S. did not include any of the English language covers the group is well known for. Although the band put on a phenomenal show, even dubbing it their favorite moment in the U.S. thus far, there were a few blips.

Since this was an outdoor event at a park, the venue was not designed for the large crowd. During their talking session, the members had to stop several times to request security for fans that had fallen or needed help, even passing out water bottles themselves to prevent P1ECE from collapsing or getting injured. Another unfortunate oversight was that the venue itself was completely flat ground, and the stage was only elevated slightly, leaving heartbroken fans in the back completely unable to see the group’s performance. And perhaps it was because this show was the first time any K-pop group has performed in LA since the pandemic, but fans were also aggressive, shoving up the stairs and ramp of the ADA accessible seating area and more to get closer to the stage, with almost no resistance from security.

While it’s understandably difficult to make such a short performance meaningful, P1Harmony effectively engaged with fans and made the most of their time together. Due to COVID-19 safety protocols, there was not much direct fan interaction, but the members still managed to show the fans all their love and gratitude through their performance. With their excellent vocals, strong rap line, synchronized choreography, and overall bubbly personalities, P1Harmony gave the crowd a performance to remember.

Click on the photo below to see all our photos from P1Harmony’s 2021 performance in LA on Facebook! 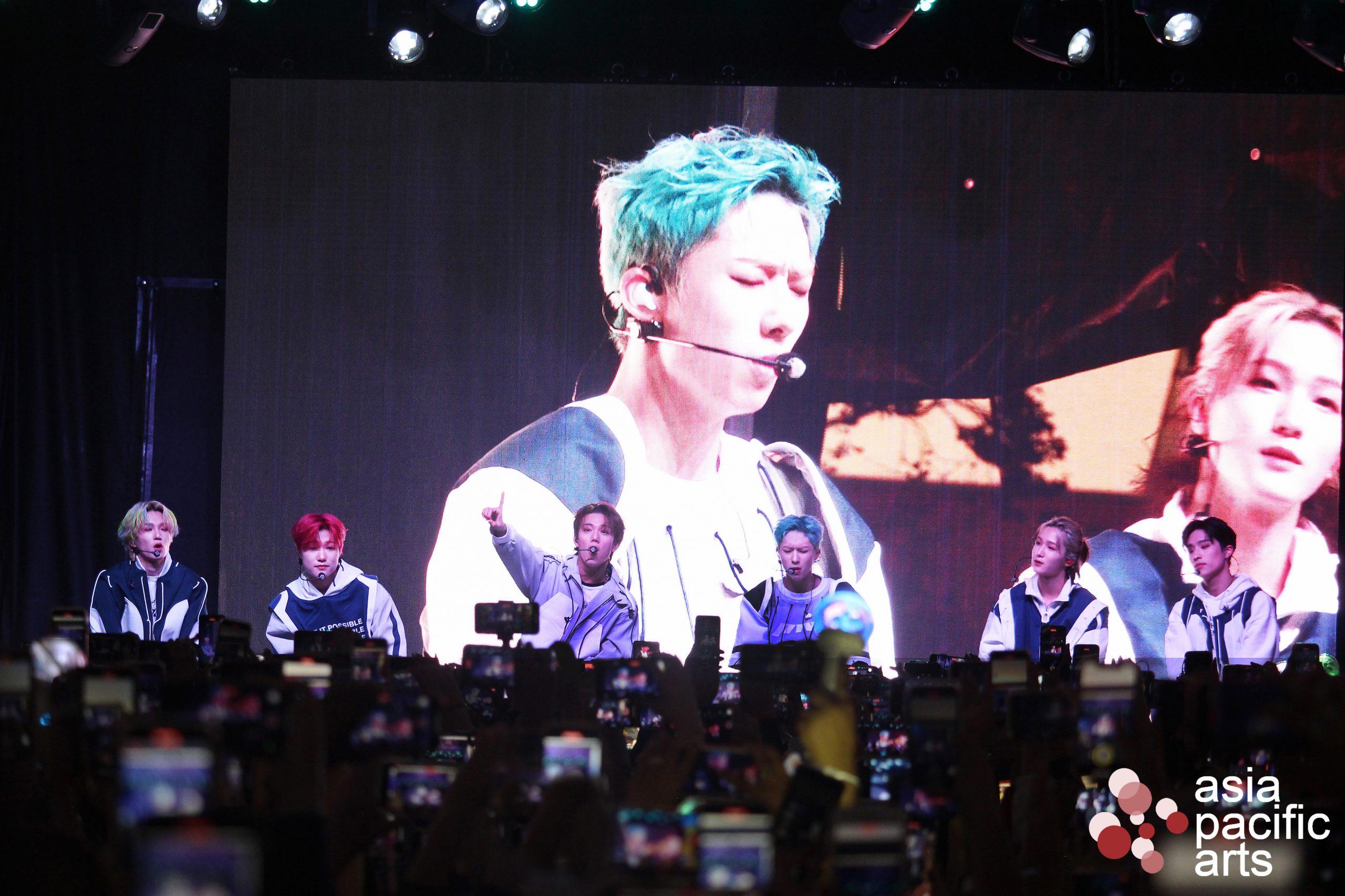