In My Hero Academia‘s third movie, World Heroes’ Mission, the students of U.A.’s classes 1A and 1B must work together with the professional heroes of The Endeavor Agency to stop terrorist villain group Humarize, whose ultimate goal is to erase quirks from the Pro Heroes and regular citizens alike. When things take an unexpected turn during this mission, however, Deku is forced to work on his own. He sets off with newly introduced characters Rody Soul and Pino as they work together to overcome their own challenges, while Bakugo and Shoto begrudgingly team up to help them.

World Heroes’ Mission brings along several familiar faces and names, with many Pro Heroes such as retired All Might, #1 hero Endeavor, and others seen in the anime such as Gang Orca and Fat Gum. These pros travel to various places around the world along with the students to find and defeat Humarize and their leader, Flect Turn. Their main challenge, however, is that the heroes must work in overtime to defeat their enemies within two hours. Not only that, but whether they succeed or fail ultimately lies in the hands of Deku, Bakugo, Shoto, Rody Soul, and Pino.

This movie, which can be seen as a standalone, non-canon film, will have you on the edge of your seat with many intense battle scenes and close calls. Aside from a well-written, straightforward plot that can be understood even for someone who has not seen the anime prior, the story is also told with beautiful art and music that is always suitable for the moment. Switching from more realism-style art during landscape scenes to more of the typical My Hero Academia art while focusing on the characters, this subtle switch creates scenes that are made specifically with the big screen in mind for its theater release. Chock full of fight scenes, the film engaged viewers with the use of bright colors and dynamic angle and point-of-view switches. The background music played throughout is reminiscent of the anime, with buildups during intense moments, but never anything overpowering the character dialogue.

Another reason the film is so well made is because of the talented voice acting that has gone into each language version of the film. These actors pour every emotion into their words, and are able to tell their characters’ stories as if they’re their own. Ahead of the North America theater release of the English dubbed version, Asia Pacific Arts spoke with David Matranga (Shoto Todoroki), Robbie Daymond (Flect Turn) and Ryan Colt Levy (Rody Soul) about their careers, their characters, and the film itself. 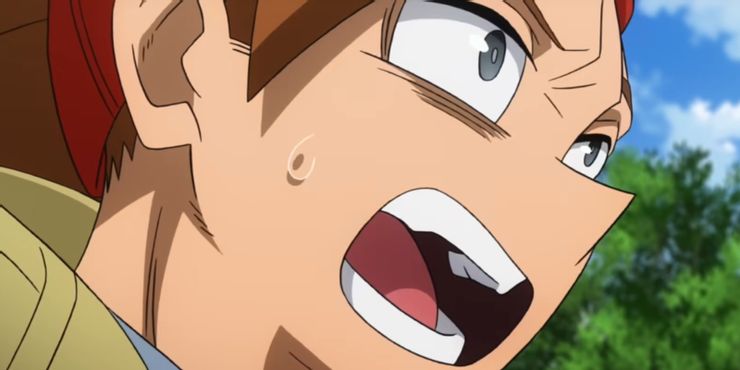 All three agreed that voice acting is a unique, fun way to pursue acting and theatre as a career. David shared that voice acting is a great way of telling stories because there are no physical limitations to the way you can tell your tale. Despite the anime and film being released in several different language dubs, the cast members admitted they haven’t met their counterparts from other countries. Like a true villain, Robbie joked that he’s slowly been hunting down everyone he’s ever dubbed and everyone who’s ever dubbed him, killing them and stealing their strength. On a more serious note, however, he added that he believes they’re all doing their best to bring to life a character that has been drawn out for them, just in each of their own languages. Ryan expressed his hope to one day share a meal with the voice actors of different languages of his characters. David also shared a short story, mentioning that while he hasn’t met his Japanese counterpart, he was fortunate enough to sit in at the Spanish dub cast’s Q&A session once, and was surprised to hear that their answers to many open ended questions regarding their characters and connections to their characters were the same as what he and his fellow English dub voice actors have also said. 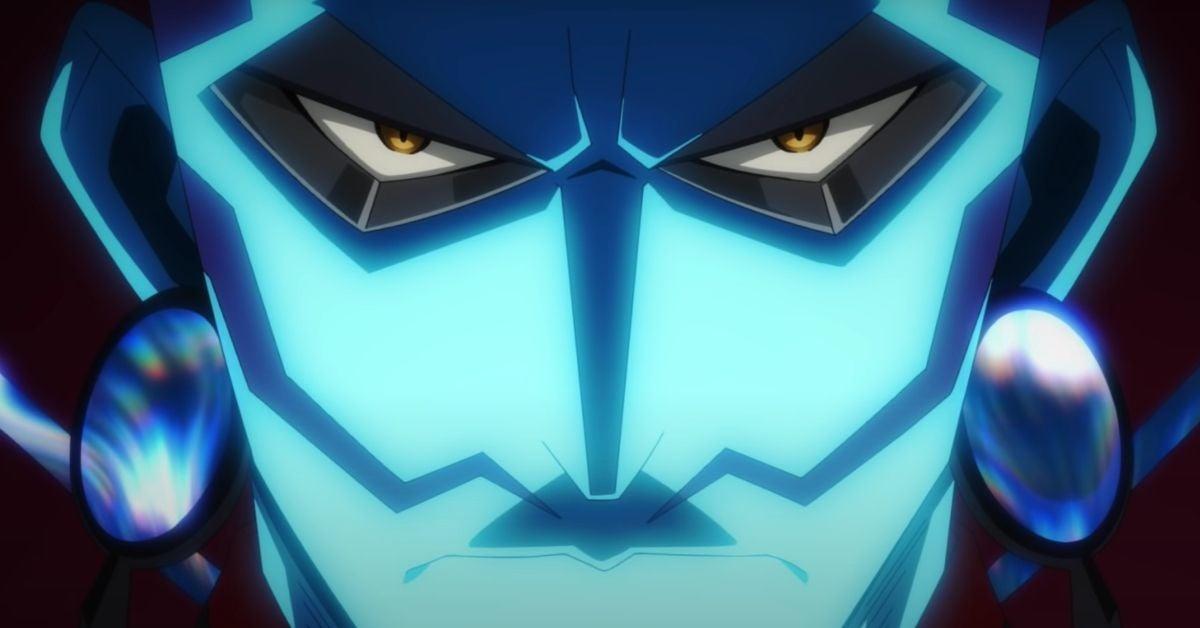 Robbie, who has played many villains in the past, joins the MHA world as yet another villain. When asked about how it felt to be bringing another villain to life, Robbie praised the movie and character for being really well written. In his words, Flect Turn is “multifaceted and complex and walks the thin line of being motivated by personal goals as well as having an evil ideology and machinations of world domination.” Fans of the franchise prior to joining the film, Robbie and Ryan were thrilled to be part of the film. David, who has been portraying Shoto Todoroki for six years now, also mentioned how great it is to be part of this show and movie, having auditioned for it with hopes that the show would succeed. From seeing the characters establish themselves with season one, the show grew bigger with season two and the Sports Festival, to now having just finished season five and releasing their third film, David cited the success of MHA to its creator Kōhei Horikoshi. 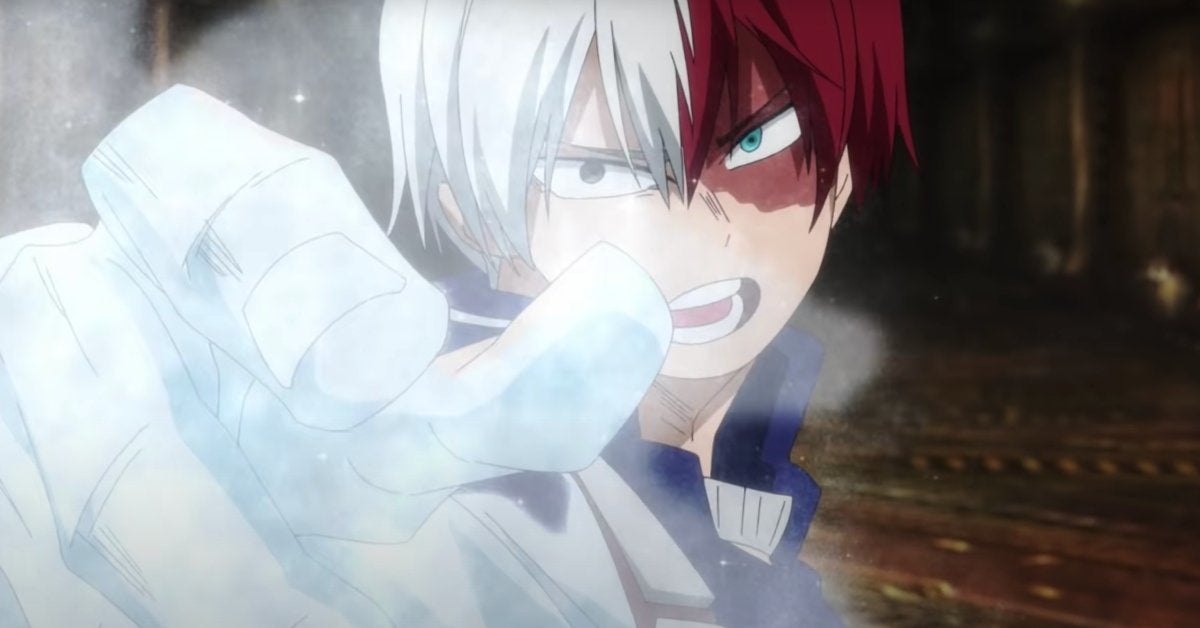 Alongside the series’ growth, its characters have also matured with every season. Shoto, specifically is a character who went through a lot of trauma at a young age, and has a hard time interacting with people as a result. Regarding Shoto’s growth and character development, David said, “I think that he lives in his head quite a bit. But I think we’ve seen him come out of that space a bit. I think we’ve seen him trust himself a bit more, not only as a hero in training, but [also] in his interactions with his teammates and classmates. I think we’ve seen him, especially in season five, like, really express himself to his dad, really set some like kind of clear boundaries… I think we’ve seen a confidence and I think, to connect it to World Heroes’ Mission, I think we see a little bit of that in the film as well. You see how complicated it is, how there can be anger and resentment and bitterness, and there’s also love and connection and a passing down of talent and values, and it really gets murky. And I think they do a great job of like just living in that human space, but I’m excited to see where it goes from here.”

Each of these three actors’ personalities are so different, yet each one is able to come together for this project, much like their characters. With something as simple as choosing whether to be born quirkless or with a quirk that later gets taken away, like Flect Turn hopes to do in World Heroes’ Mission, David, Robbie, and Ryan all agree that it would be better to be born with a quirk that later gets taken away, but with different reasons. David explained he would at least have had it for a time and believes there are valuable life lessons that can be learned from not only having it but then losing it. Robbie, always the villain, said he would want to capitalize on his powers first and become a villain to set himself up for comfort later on in life when his quirk is gone. For Ryan, he agreed it would be better to have had a quirk simply because we already know what it’s like to live without one.

My Hero Academia: World Heroes’ Mission is definitely a film worth watching, especially on the big screens. The movie comes out in theaters internationally starting October 28th, and in the U.S. and Canada on October 29th.