On September 30th and October 1st, Michelle Zauner’s indie rock band, Japanese Breakfast, returned to San Francisco as part of the tour for her latest album Jubilee. After more than a year of the pandemic, the Regency Ballroom is returning as a lively venue for musical artists, and on those two nights, fans both old and young filled the venue, brimming with anticipation for Japanese Breakfast and their opener, Luna Li. 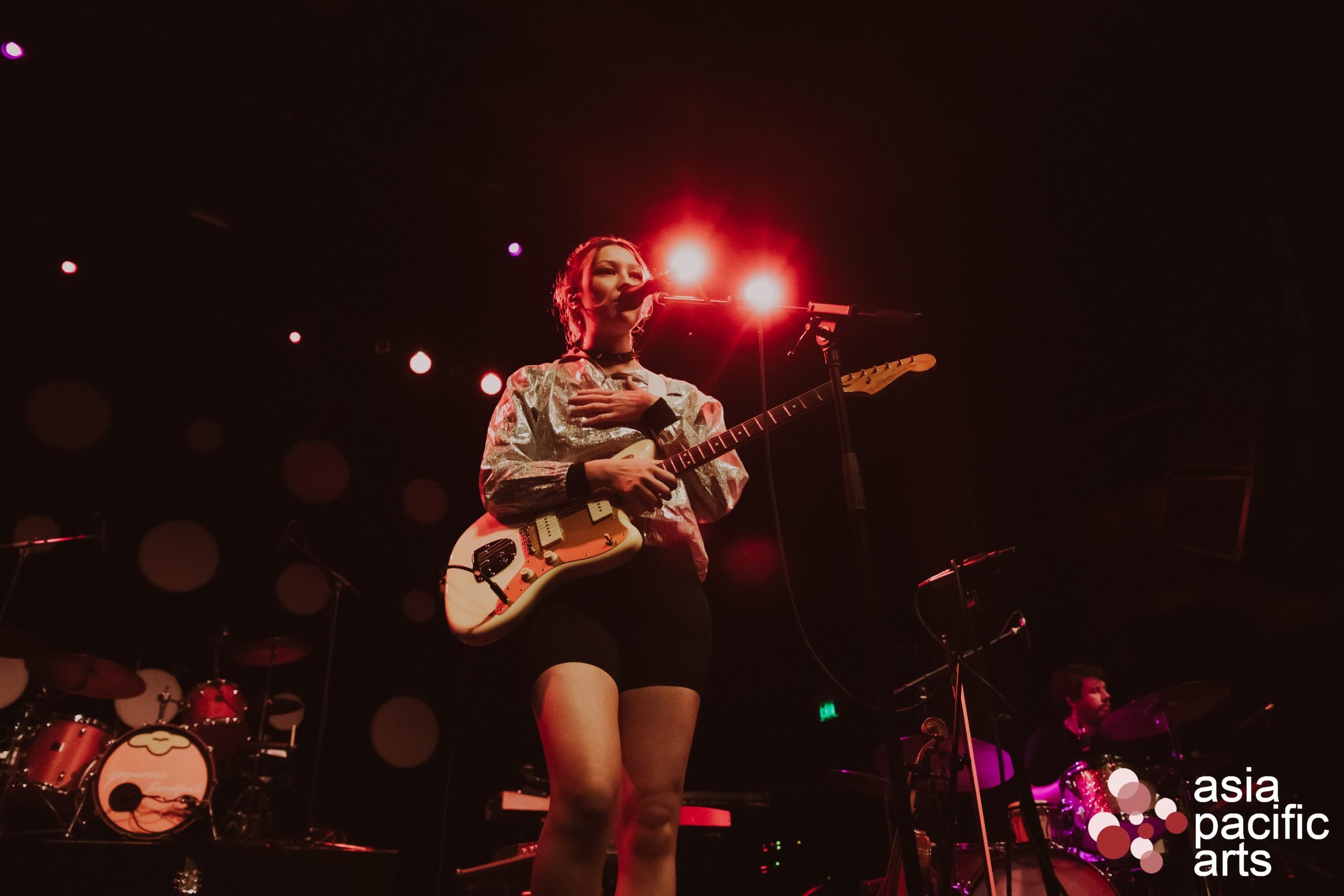 Luna Li and her bandmates opened the night with the song “Alone But Not Lonely” from her 2021 EP Flower (In Bloom). The mix of guitars and drums creates a jazzy atmosphere so groovy you can’t help but bop your head along to the music. Luna has a quietly confident air about her, assured but not braggadocious, and her soft velvety tones are as apparent in her natural speaking voice as they are in her singing. As part of her set, Luna performed an unreleased track written with her friend and fellow musician Jay Som, which was met with the cheers of fans eager to hear a collaboration between their favorite artists.

As a musician who creates vibes with her eclectic use of instruments, Luna also played a selection of tracks from her jams EP, a collection of instrumentals she recorded in her room during the pandemic. In this portion of the set, Luna showcased her violin skills and her ability to create the loveliest string soundscapes. Watching the audience swaying back and forth throughout the set, it’s evident how well Luna is able to enrapture listeners with this world she creates through her music. At one point, before beginning a live loop, she invited the audience to close their eyes and “float away” with her, which is a perfect description for what it feels like  when listening to dreamy songs like “cloud castle.”

Before ending her opening set, Luna Li expressed how thankful she was for the opportunity to be a part of the tour. As a female musician of Asian ethnicity, Luna described how the first time she ever felt represented on stage was when she saw Japanese Breakfast perform. The anecdote highlighted the importance of representation and advocacy, paving the path for aspiring musicians like Luna. 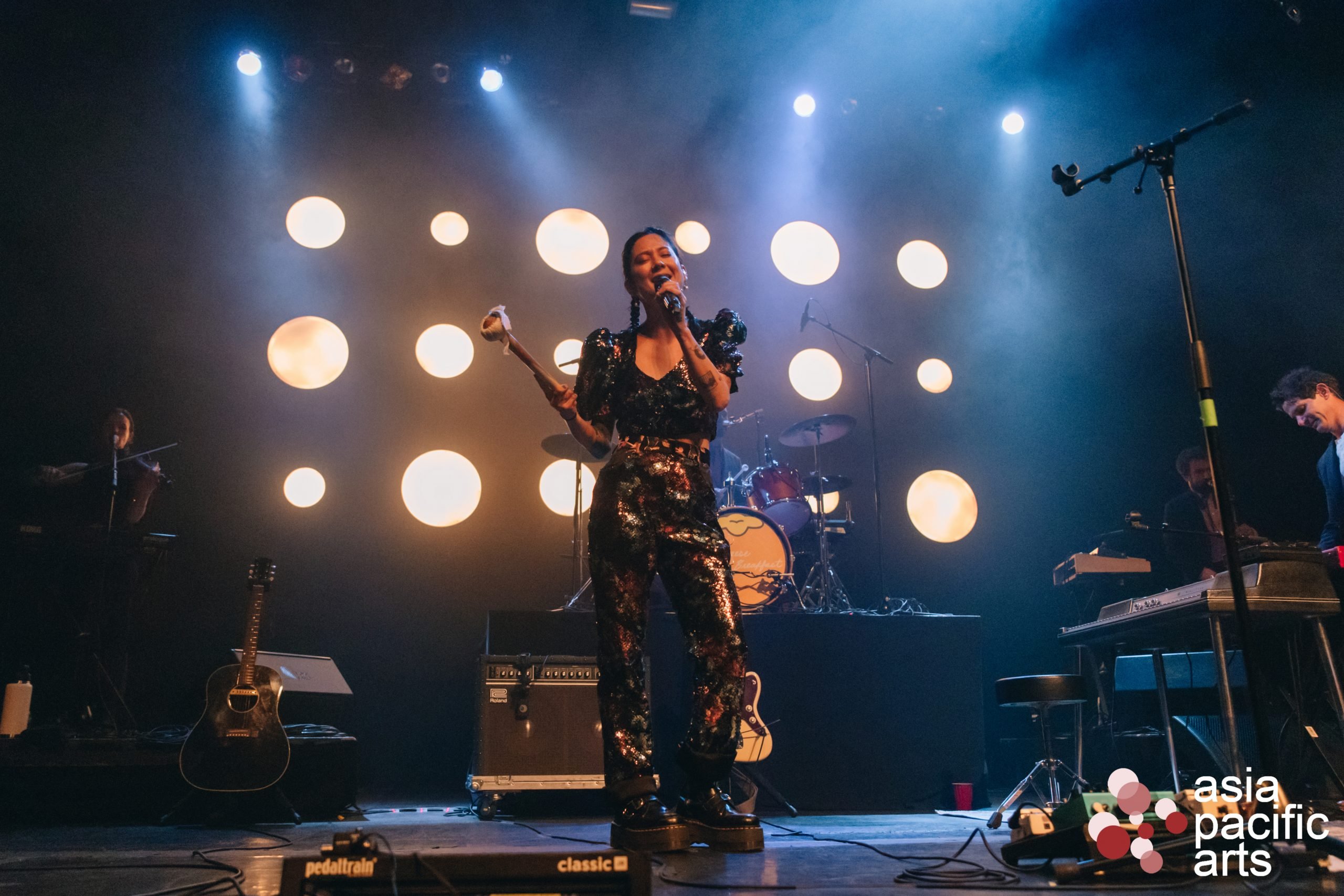 When Michelle emerged on stage to the opening instrumentals of “Paprika,” the hall echoed with the sound of hundreds of people cheering. The sparse synths made way for her vocals to ring out with intense clarity, and then slowly built up into notes landing lightly like dew drops against the percussive march of the drums. Behind her, a saxophonist colored the melody with a regal power.

Japanese Breakfast’s unique mix of instruments, including the saxophone, the violin, and even a gong that Michelle struck with gusto, created an insanely high energy and celebratory atmosphere. Michelle skipped across the stage throughout her set that night – hopping, twisting and bellowing into the mic without abandon. In every performance, you could tell she gave it her all, emotion seeping into her every movement.

What’s impressive about Michelle’s artistry is her ability to inject genuine emotion into her work, as seen in her recent memoir Crying at H-Mart, as well as in the lyrics to her songs. In introducing her song “Kokomo, IN,” she explained that she wrote it from the perspective of a teenager in Indiana bidding farewell to his girlfriend departing for college: “These days I can’t shake the awful feeling / I’m missing something I can’t place, is that you? / Manifesting like the fear of an oven left on / God, I felt so much back then, I was soft as a dune.” Although she’s never been in the shoes of a young boy, Michelle is able to weave these common, bittersweet experiences of longing and reminiscing into a lyrical story.

Japanese Breakfast’s set also included a handful of tracks from their previous discography, including “The Body is a Blade” from the 2017 album “Soft Sounds from Another Planet.” Dark and heavy with bass guitar à la early 2000s rock, the selection of this track compared to the triumphant songs from Jubilee performed in the first half of the set marked a tonal inflection in the band’s set. The revival was made clear a few songs later with “Posing in Bondage,” set to the rhythmic flashing of spotlights on stage. The song started steadily with drums gradually growing louder to let a xylophonic synth take over the foreground. Compared to the studio track, the transition following the momentous build-up is much more pronounced in the live performance, emphasized by the lights, the reintroduction of the gong, and the pure infectious energy radiating from the stage.

In addition to performing songs from their last couple of albums, Japanese Breakfast also gave fans a taste of their music outside of their usual discography. One of these songs was “Glider,” a track from the soundtrack composer for the recently released video game Sable. Lending her own take to “Here You Come Again,” Michelle also performed a rendition of the famous Dolly Parton song. Even though it was a cover performance, it sounded like it could be a Japanese Breakfast original, with Michelle owning the vocals with a strength and buoyancy that would fit solidly alongside her other songs. As the night neared an end, Japanese Breakfast closed out with two favorites, “Slide Tackle” and “Everybody Wants to Love You,” giving Michelle additional opportunities to show off her ability to shred on the guitar.

As always, the night was not complete without an encore, and when Michelle was called back onto the stage, someone in the crowd shouted what everyone was thinking: “You’re so fucking cool!” The final two songs were “Posing for Cars,” which Michelle admitted was written during “a very productive mushroom trip,” and “Diving Woman,” with Michelle starting out softly as if singing a lullaby, followed by the rest of the band returning on stage. By the end of the show, fans were high off of the energy from the performances by Luna Li and Japanese Breakfast. The night was a celebratory experience for everyone and an ultimate reminder of the power of live music.

Click on the photo below to see all our photos from Japanese Breakfast’s 2021 Jubilee Tour in San Francisco on Facebook! 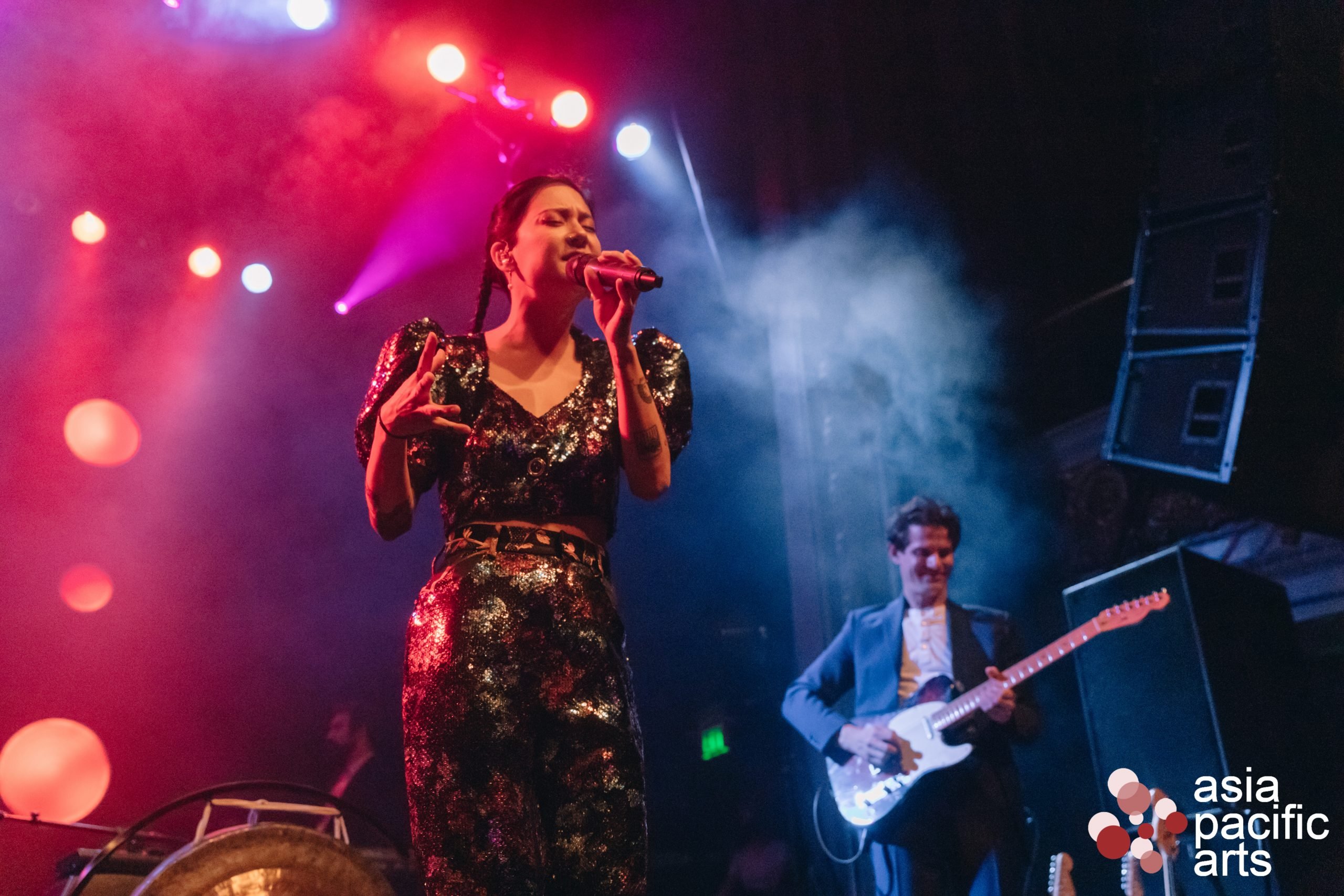