Appearing in this year’s New York Asian Film Festival lineup is Chen-Nien Ko’s 2020 film, The Silent Forest, based on a real life scandal at the National Tainan Special School. Focusing on harrowing events of sexual abuse at a school for the deaf, the film astutely handles the telling of a truly disturbing and heart-wrenching story.

When a film deals with such emotional topics, the actors are what really make or break the film, as unconvincing performances only dampen the impact of the serious events unfolding on screen. Fortunately that is not the case with The Silent Forest, which features impressive performances delivered by young actors Tzu-Chuan Liu, Buffy Chen, and Hyun-Bin Kim. Even though they never speak a word of dialogue, they expose the rawest of emotions in the portrayal of their characters. Because the movie is not reliant on vocal delivery to convey impact, the actors’ body language and expressions, as well as music and other sounds have a more pronounced role. In particular, the environmental sounds seem more amplified, making the already difficult-to-watch scenes even harder to stomach.

Liu is no stranger to starring in psychological horror stories, having previously appeared in 76 Horror Bookstore and On Children, a horror/thriller anthology. In The Silent Forest, he plays the role of Chang Cheng and once again finds himself taking on a character who is thrust into a horrifying situation. Having just joined as a new student at the Red Forest School for the hearing impaired, he stumbles upon an abhorrent scene — his new friend Bei Bei (Buffy Chen) being raped by a male classmate on the school bus as others goad him on. Cheng soon learns that this is a repeated occurrence, and we feel our own emotions of revulsion, fear, and frustration reflected through the protagonist as he tries to help Bei Bei despite her insistence on letting go of the issue. Cheng desperately wants to protect her from additional harm and attempts to do whatever he thinks is necessary even if it means putting himself and others in harm’s way and losing his dignity.

Through the telling of Bei Bei’s story, The Silent Forest is making a statement on the detrimental effects of society’s treatment towards two major demographics: young women and people with disabilities. Bei Bei’s choice in allowing the boys to continue to abuse her while still wanting to be friends with them is a consequence of societal flaws pertaining to how girls as well as people with disabilities are viewed and treated in Taiwan. Despite her own pain, Bei Bei desperately wants to belong at the deaf school because she sees it as a haven from the cruel outside world where she is always made to feel lesser than. She believes she can’t survive as a “normal” kid, and the film reinforces that notion through three different scenes in the film that depict a hearing impaired individual being discriminated against and shunned due to a simple misunderstanding. As a girl, Bei Bei faces intense stigma as a victim of sexual assault, and rather than bring shame to her family, she chooses to suffer at the hands of her peers. Even as the victim, she sees herself as the one to blame, as if she has brought the violence onto herself. 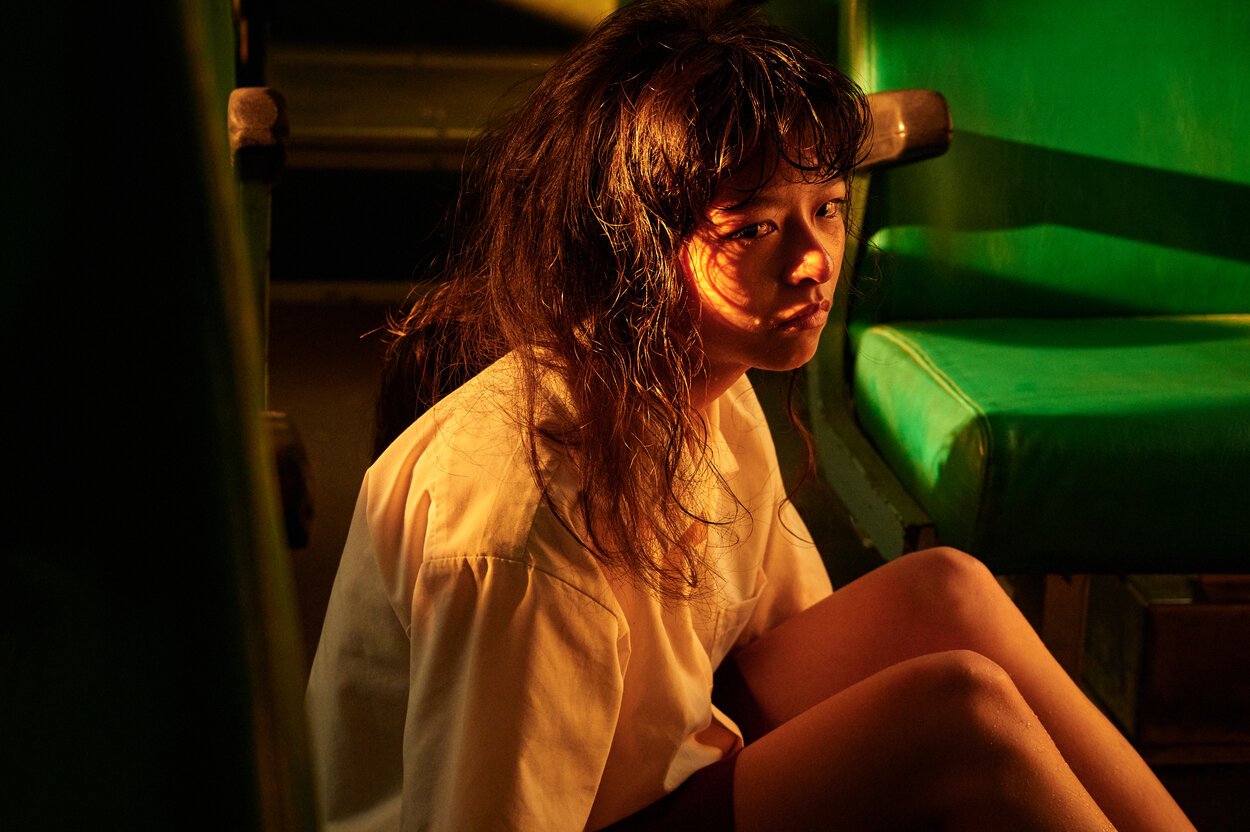 Once Cheng finally convinces Bei Bei to confide in a caring teacher, Mr. Wang (Kuan-Ting Liu), a cascade of discoveries are brought to light. As Mr. Wang carries out interviews with individual students, following the trail of rumors and testimonies, he realizes the true depth of the situation at Red Forest School, identifying 127 cases of sexual assault among the current student body. At the core is a group of senior boys, led by Xiao Guang (Hyun-Bin Kim), who displays some seriously psychopathic tendencies, which we later learn is a result of his own repeated abuse by a former teacher at the school. When questioned by Mr. Wang, Xiao Guang claims he does not directly touch anyone himself but rather instructs others to commit heinous acts under threat. To avoid being subjected to abuse themselves, students end up being coerced into contributing to the brutality, creating a viscous cycle that leads to the normalization of sexual violence at the school.

What The Silent Forest makes clear is that the big bad villain is not just one person (although there are certainly individual perpetrators of violence) but rather a multitude of adults feeding into a deranged ecosystem where a blind eye is turned to sexual abuse in the name of saving face, as if ignoring what is happening to the children means it never happens in the first place. Authorities at the school brush obvious acts and reports of violence under the rug, and even Bei Bei’s grandparents are shown to care more about how she will affect the family’s reputation than her wellbeing. Supposedly a haven for the hearing impaired, the Red Forest School is full of wildly neglectful faculty. When the media begins to cover the scandal, the principal puts on airs to assure the public that the school is doing everything it can to address the issue. But at the end of the day, no matter how many security cameras are installed or how broadly a sex education program is taught, there is no punishment for the assaulters. The only shining light of morality among the adults is Mr. Wang, who does his best to shield Bei Bei and Cheng from harm, although he can only do so much as one man. After learning that the principal has covered up more than she has let on, he confronts her and questions whether she places more importance on the students or the school, and her lack of a response speaks for itself.

Six months after the events at Red Forest are fully unearthed by the media, changes have been made to the faculty and we finally see Cheng and Bei Bei happy and carefree, as kids should be. The film doesn’t cover the months of healing they undoubtedly had to go through to get to this point, nor does it reveal the fate of Xiao Guang, making the ending a bit rushed. It’s hard to believe most of the students wouldn’t have suffered some sort of long term impact, although the film does call attention to this in the final scene. Here, one of the students who was previously a victim of the abuse is shown eyeing a potential target on the school bus. Ultimately, the message The Silent Forest makes clear is a somber one: these cycles are systemic and self-perpetuating, and while progress can be made, it will require continuous, laborious effort to address the root of the issue.