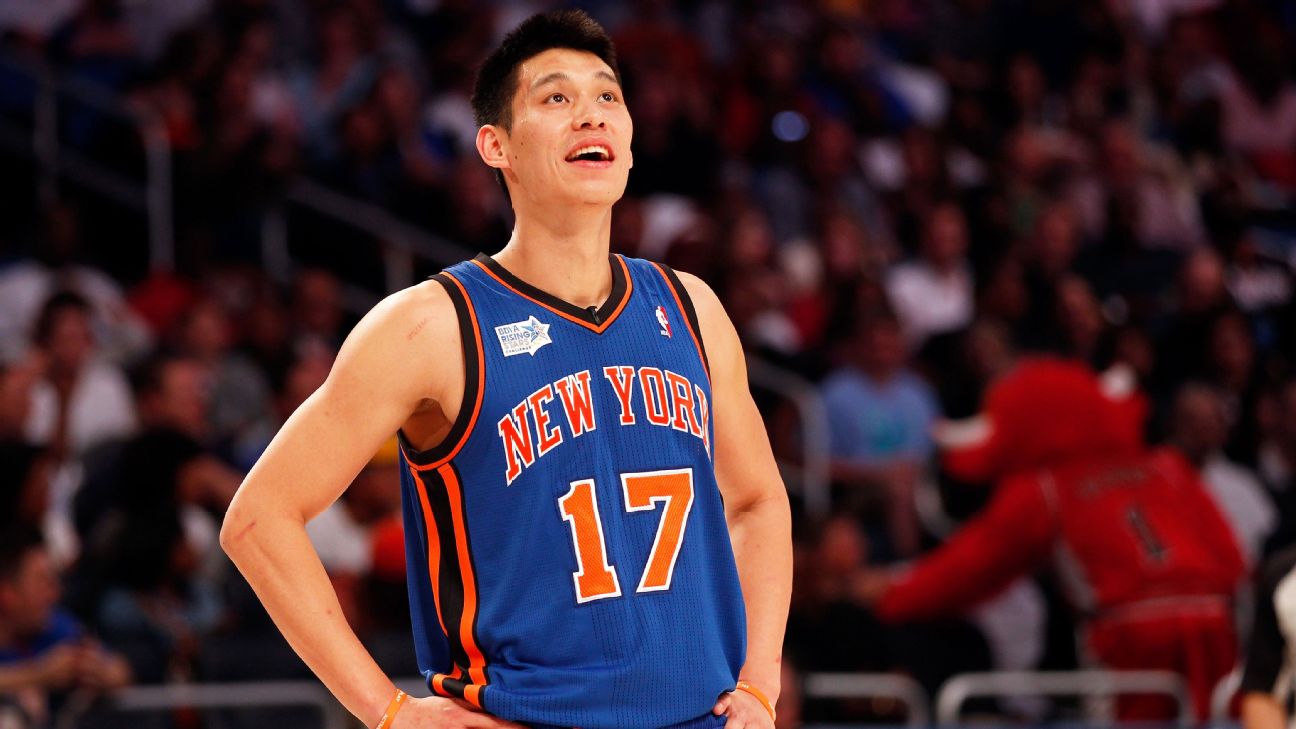 First shown at CAAMFest 2013, Evan Jackson Leong’s documentary LINSANITY was featured again this year as part of the film festival’s retrospective series. Whether you’re a Jeremy Lin fan or just someone curious about how a kid with unlikely NBA prospects grew up to become a household name, LINSANITY offers audiences an engaging watch. Using a mix of documentary footage, interviews, home videos, news clips, and game replays, Leong tells Lin’s story from his early childhood days through his rise into basketball stardom in the early 2010s.

Like many biographical documentaries, Leong starts with his subject’s childhood, covering Lin’s upbringing as a son of an immigrant family in Palo Alto, California. Lin’s basketball beginnings grew out of his father’s own love for the sport, which he discovered and encouraged in his own sons after immigrating from Taiwan to the United States. The Lin kids grew up playing basketball with the support of their mom and dad, and the interviews with the parents show them glowing with the utmost pride in their sons. The importance of “strong will” and faith in God were instilled in Jeremy Lin at a young age, and the trajectory of his life would continue to be guided by these values.

The underdog story is a beloved one in sports, and Lin’s buildup to a career in the NBA is no exception. Even in high school where he was an all-state winner and awarded Player of the Year in his division, colleges weren’t exactly clamoring to pick him up. An Asian kid from the suburbs did not fit the mold of what these scouts were looking for. It wasn’t until Lin reached Harvard and was encouraged by his assistant coach that he even considered playing in the NBA as a possibility in his future, which, while demonstrating his humble nature, show the stark reality of just how rare and unexpected it is for an Asian American to break the glass ceiling in the professional basketball world. As Lin was preparing to graduate from Harvard in 2010, he found no takers in the NBA draft. He ended up on a summer league team, trying to prove his worth and facing off, successfully, against those who had been picked over him in the draft. This struggle would be a common thread in the following year — Lin would be drafted by his hometown team, the Golden State Warriors, but would be sent down to the D-Leagues (the NBA’s official minor leagues) three times during his rookie year. Leong’s storytelling, along with Daniel Dae Kim’s narration, paints a picture of a man who has had to endure wave after wave of obstacles. Coaches underestimated his talent, peers failed to acknowledge him, and racist comments and memes targeted at him circulated the internet.

Despite these setbacks, Jeremy remained cool and steady both on and off the court, stabilized by his unwavering faith in God. True to Lin’s beliefs, the film doesn’t shy away from the topic of religion and instead highlights how much Christianity is at the core of Lin’s character and sense of purpose. One event the documentary follows is Lin’s first game as part of the New York Knicks, for which he was called up on short notice in 2011. It’s the night before the game, and even though he has never practiced with this team, didn’t know any of the plays, and had never worked with the coach, he calmly smiled into the camera during his interview and hoped for the best. Leong includes actual footage from NBA games that show the kind of inspiring player Lin was, performing spectacularly under pressure, shooting an unexpected three-pointer or narrowly beating the buzzer to edge out the opposing team. As Lin’s career progressed, he quickly gained attention from basketball fans and media outlets. For the Asian American community at large, Jeremy Lin was an icon, proof to the rest of the world that the mold could be broken.

Despite becoming an overnight sensation that catalyzed the “Linsanity” craze, Lin hasn’t let the fame get to his head. As legendary Chinese NBA player Yao Ming states matter-of-factly during an interview in the documentary, “When you become an overnight star, a lot of things will happen.” Those things include dealing with avid fans and sometimes even more avid haters, but through it all, Lin retains a supportive community of family and friends. Lin keeps his Asian heritage close to him, traveling back to Taiwan every few years to visit his extended family. He gives back to his hometown community, running a basketball camp for kids where we see him sharing life lessons with a group of young children. When he first moved to New York to join the Knicks, he crashed at his brother’s place and on a friend’s couch. Lin’s groundedness is central to the way he carries himself and is perhaps what keeps him focused and out of the drama that fame typically stirs up. This aspect of Lin is something Leong is able to depict clearly throughout the film by giving audiences glimpses into these more intimate moments of his life. Leong captures the public’s perception of Lin, via news clips and interviews with sports writers, but it’s the voices in Lin’s inner life — his brothers, his parents, his coaches, his pastor — that truly reveal who he is and bring the documentary to life. LINSANITY is not just about a phenomenon and its namesake basketball star — it’s about a man whose ego will never grow bigger than his faith or will.