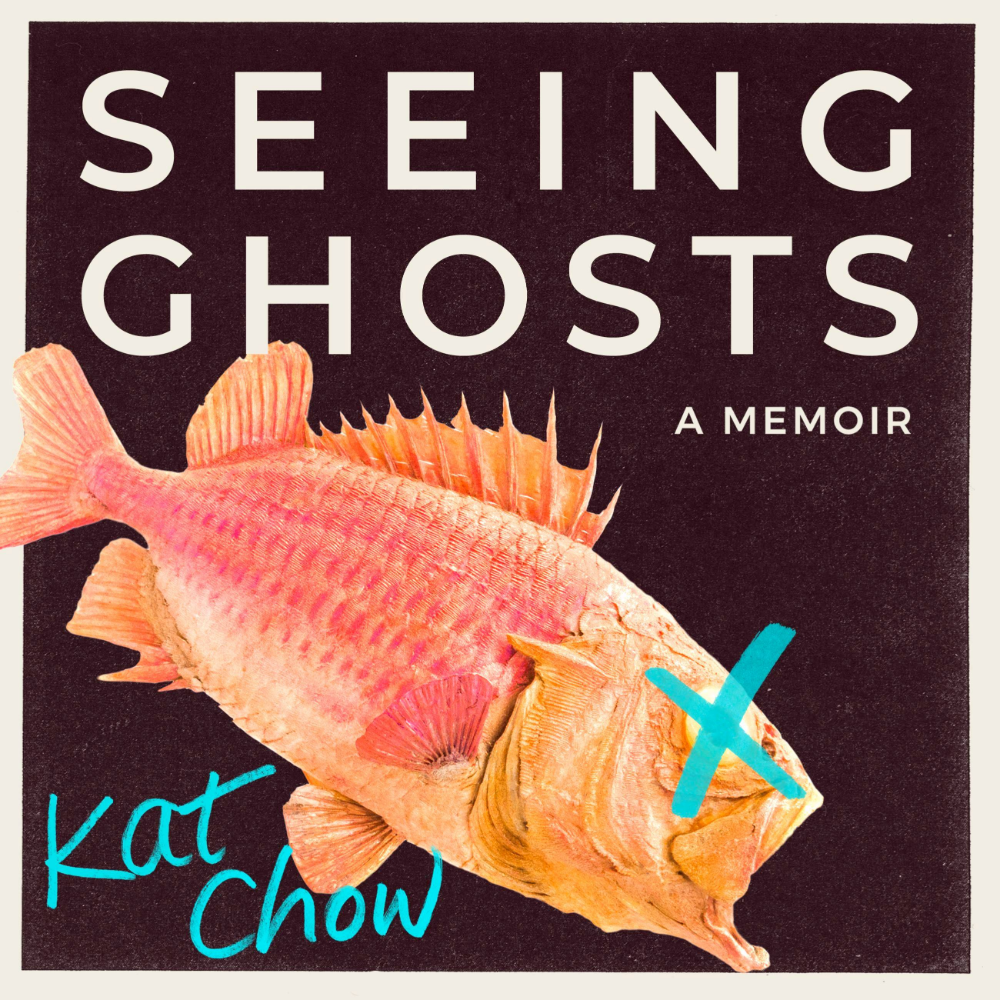 Chow’s debut memoir Seeing Ghosts narrates the stories of ghosts as they dwell in our consciousness of them, uncovering three generations of family history by carefully examining intergenerational grief. This grief manifests in Chow’s family, their immigration narrative, and the transnational lives they carve out in America. Throughout the book, Chow’s incisive prose demonstrates the power of writing itself as she pieces together the fragments of grief that underlie her relationship with her mother.

Her way of narrative is lyrical and poetic, an affirmation of Chow’s ability to write even as she understands that it is fraught with ambiguity. When she reflects on her childhood, for example, Chow directs her words to their subject, her mother: “I spin you out of myself and into something else.”

Such short, powerful statements like this are at the core of Chow’s narrative. As she weaves together family history with her own recollections of her past, she leads the reader into a liminal space where there is the possibility to recreate bygone worlds in the present. Her family members become characters that, through Chow’s recreation of them, begin to inhabit a kind of positionality within a transitory space.

It’s this idea of liminality that gives Seeing Ghosts its emotional heart. Taking on a letter format, the book switches between different narrative perspectives to explore the roots and legacies of family history, especially how they overlap. There are pictures included in between certain scenes, images of Chow’s childhood or her parents placed for context. Chow describes these as visual cues for her own family history. She pays close attention to the meaning of each image, dissecting its influence on herself.

Perhaps Chow’s own memories are a conversation with the memories of others, filling in the gaps where reality could not. Chow herself is conscious that those memories are subjective, recounting events through her own imagination.

Chow imagines and wonders about other people frequently. Sometimes it feels like the narrative wanders in that space, sketching out possible angles and corners without connecting them together. Fragments of thought are beautifully rendered separately but together appear to almost disrupt linear time. They leave the reader with more questions than answers, particularly about the more temporal spaces between moments. This tension between the abstract and concrete lasts throughout Seeing Ghosts, an indication of the depth across generations.

As Chow delves deeper into her mother’s struggle with cancer, there is a visceral depiction of not only the illness’s impact on her mother’s body, but on the family itself. Chow weaves together diagnoses and their aftermath in her relationship to her father. She hones in on illness and its repercussions in medicalized, sterile terms that reflect on the more personal meanings of death.

“Holding and hoarding can’t turn ghosts into flesh. But we create these souvenirs nevertheless … taxidermy, after all, gives the impression of permanence,” Chow writes. These small souvenirs of presence that Chow gives us throughout her memoir allow the reader an intimate identification with the dead. What makes this identification so powerful is how it memorializes death, but ultimately classifies death in terms of life.

Seeing Ghosts spins memories and individuals into entire worlds. Its strength lies in how it traverses landscapes, physical and emotional, that plot different moments of Chow’s life and maps them for the reader. Chow spins her memories from herself, and they become something else entirely — haunting and beautiful reminders of the silences we keep stored in ourselves, and the ghosts they form when we begin to see.