Since its debut at the Sundance Film Festival in January of this year, Lee Isaac Chung’s Minari has made it on many film critics’ top ten year-end lists and rightfully so. Minari tells the story of a Korean-American immigrant family in the 1980s and their pursuit of the American Dream, but it feels much more than that as we watch the lives of the five Yi family members unfold onscreen. Steven Yeun stars as Jacob Yi, who brings his family all the way from California, where he and his wife Monica (Han Ye-ri) worked as chick sexers (separating chicks by gender), to rural Arkansas. While Jacob is prepared to go all in on his dream of building his own farm, Monica is hesitant when she first arrives at their mobile home on an empty plot of land an hour away from the city. She is particularly concerned about how this move will impact their two young children, Anne (Noel Kate Cho) and David (Alan Kim), who has a heart murmur.

The push-and-pull between Jacob’s ambition to become an accomplished, self-made man and Monica’s concern for her family’s well-being is a constant source of friction that ebbs and flows throughout the film. Despite their attempts to keep their children sheltered from their disagreements, the tension is an ever-present thorn for the Yi family. In one scene, David and Anne hastily construct paper airplanes on which they scribble the words “DON’T FIGHT” before tossing them from behind a doorway at their parents mid-argument. Monica’s difficulty with their new living situation is a result of being removed from her Korean community and culture. While Jacob and Monica continue chick sexing as a source of income, Jacob is also preoccupied with turning the empty acres of land into crops of Korean vegetables. Monica stands steadfastly by her husband’s side as he pursues his dream, but it’s clear that she misses her previous life. When her mother, Soon-ja (Youn Yuh-jung), arrives from Korea to help take care of the kids, Monica breaks into tears at the sight of the Korean spices she brings from their homeland.

The addition of Soon-ja to the nuclear family changes the dynamic almost immediately. Carefree and unafraid to spout curse words while playing cards with her grandchildren, Soon-ja emanates levity and excitement. To David, she defies his idea of what a grandmother should be and he initially is peeved by her uncharacteristic demeanor. There is certainly an element of culture clash to David’s reaction as well, as evidenced by his proclamation that he doesn’t want to share a room with Soon-ja because she “smells like Korea.” Alan Kim’s acting chops are particularly highlighted during David’s minor squabbles and hilarious interactions with Soon-ja. Like his grandmother, the kid is rebellious and unapologetic, and his relationship with her progresses from shyness to opposition to gradual acceptance. 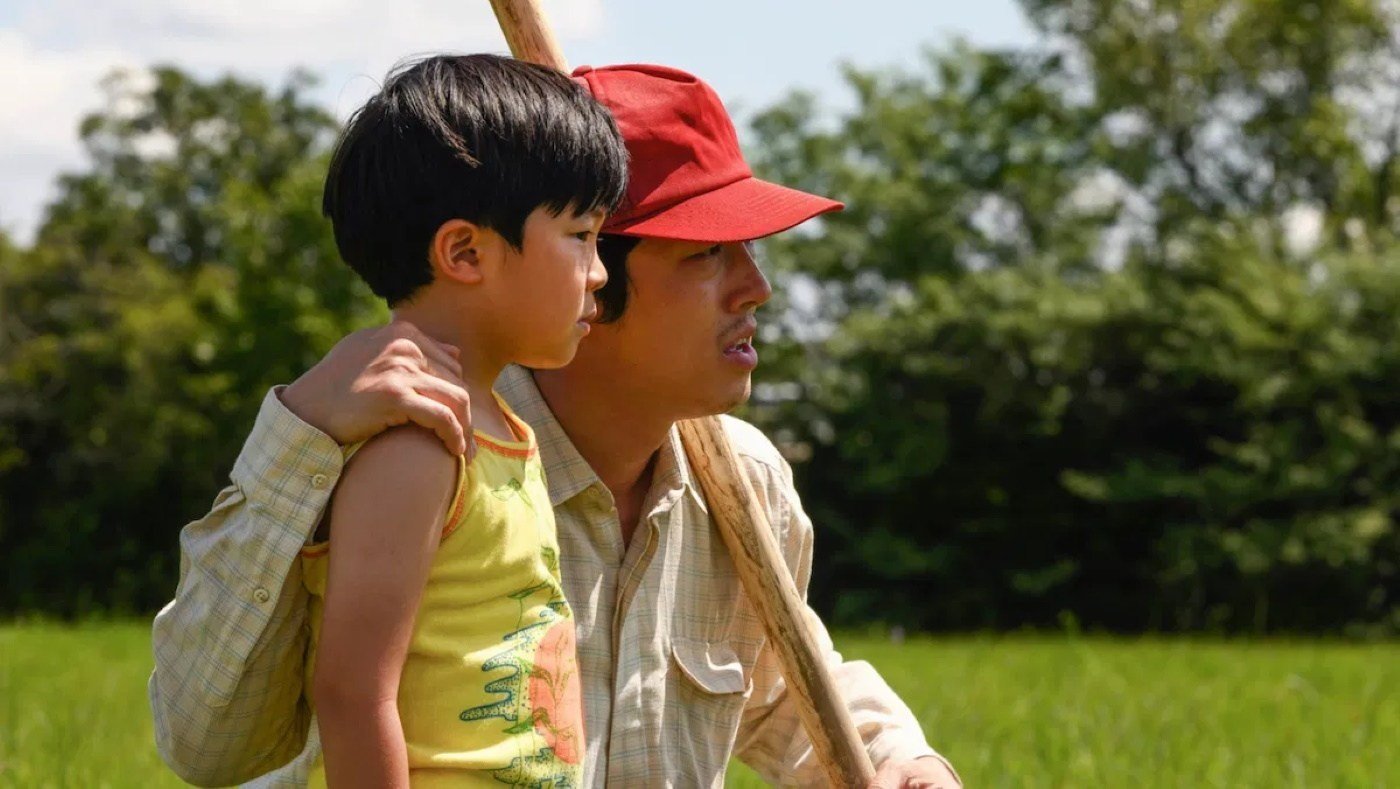 Because the majority of the movie takes place on the farm, isolated from the city, the scenes where the Yi family is entrenched in Arkansasian society stand out in stark contrast to their lifestyle at home. To help with the crops, Jacob hires Paul (Will Patton) to be his farmhand, a generous, hardworking local known for being a religious zealot, hollering praises to God. Paul initially forms a connection with Jacob because of his knowledge of Korea from having served in the war. He may be eccentric but is nonetheless respectful, which is more than can be said for some of the other folks the Yis encounter. When the family starts attending church in the city, they find themselves in the midst of an entirely white congregation. During their first attendance, the family members experience subtle (and not-so subtle) racial prejudices, including a little girl innocently blabbering a string of racially stereotypical nonsense words at Anne and asking her if any of them are actually Korean words. The kids, still in their early adolescence, are oblivious to the racial undertones, and Anne earnestly responds when the girl accidentally stumbles upon a Korean word. In this way, Chung illustrates how immigrants, particularly children, often experience bigotry unknowingly, in a way where they acknowledge they are seen as “other” without necessarily understanding the broader social context or ingrained prejudiced beliefs of the majority.

The title of the film, Minari, refers to the Asian dropwort plant that Soon-ja begins cultivating in the riverbed nearby. She explains to David that this vegetation grows well in American soil and is eaten by the poor and rich alike. In essence, the minari, with its ability to flourish in a foreign land, is a metaphor for the American Dream. Chung’s film highlights that when it comes to raising a family, the burden of the American Dream is not just the dreamer’s to bear, for it also sits on the shoulders of their loved ones. Jacob places a lot of the stress on himself to succeed as a farmer, but for many of the challenges he encounters, his family stands by him supportingly. We see this when Soon-ja and David retrieve buckets of water from the river when the farm’s well runs dry, when Anne readily assumes responsibility when Soon-ja suddenly falls ill and no adults are around, and when Monica unhesitatingly runs into a fire to save her husband’s crops despite disagreeing with his choice of career over family. With Chung’s careful writing and the actors’ stellar portrayals of the characters, it’s easy to empathize with each of the family members and their struggles, whether it’s Monica’s efforts to make a home in a strange new land or Jacob’s search for a greater sense of purpose in building his own business.

Recently, the Golden Globes announced that the film would not qualify as a candidate for Best Picture and would instead fall under the Best Foreign Language Film category due to the majority of the dialogue being in Korean. The news received an assortment of backlash, especially from Asian-Americans in film – after all, the film is filmed in America, directed by an American, and produced by an American company. At its heart, Minari is a story of the American Dream, told through the eyes of a Korean-American family.

Minari is set for a wider theatrical release rollout beginning on February 12, 2021 and beyond.