Disney’s upcoming series The Wonderful World of Mickey Mouse follows Mickey and his friends on new, never-before-seen adventures. With winter enticing many to stay indoors, snuggling up on a couch to watch an imaginative world should be on your list. Elsa Chang, who works as a Character and Prop Designer for the new series, is one of the many Asian American creatives working in the animation industry today. Her impressive resume includes years of working under other major animation studios, including DreamWorks Animation and Nickelodeon. Ahead of the November 18 premiere of The Wonderful World of Mickey Mouse on Disney+, Elsa spoke with Asia Pacific Arts to dive into what her day-to-day job—working with the many zany designs of Mickey—is like. 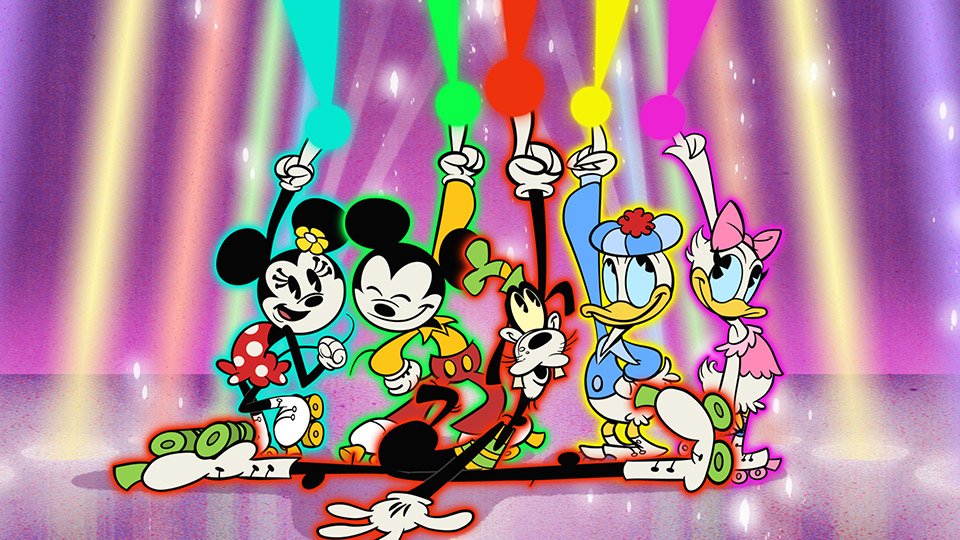 APA: Please tell me about yourself and the role that you played as the Character and Prop Designer in “The Wonderful World of Mickey Mouse.”

Chang: I grew up in Southern California and I’ve always loved art. My parents were always very supportive and encouraging since I was young. They helped me get this path rolling so I could make a career of it one day. I attended Art Center in Pasadena, California majoring in Illustration. During school, I learned about Visual Development, which includes concept design and world building for animation. That interested me because I love both animation and illustration. Combing the two things, I went down that path which led me to character design. I had the wonderful opportunity to work with many different studios—one of them being Disney. As a character designer, my job involves designing any new characters in the script. If it involves existing characters, it’s my job to make sure they’re drawn on model. There are a series of things I do for my job, and one of them would be special poses: cleaning up rough character drawings from the director or storyboard artists.

My job is to put them on model and send over to the animators.  For example, if there’s a pose of Mickey really excited, we’ll have a special pose of his ears popped off or shoes coming off his feet. They’ll need to know what his toes or feet look like or what his head would look like without his ears. I translate that visual information for what the design looks like when it’s not the standard pose. I also do turnarounds, and that’s when you take a character and draw them in five separate angles: front, back, side view, and three-quarter front/back angle. Sometimes a character will wear a new costume for the episode. In “Cheese Wranglers,” Mickey wears a cowboy outfit. I took Mickey’s turnaround and drew him in his outfit, along with his hat, in those different angles so the animators can understand how to draw him. 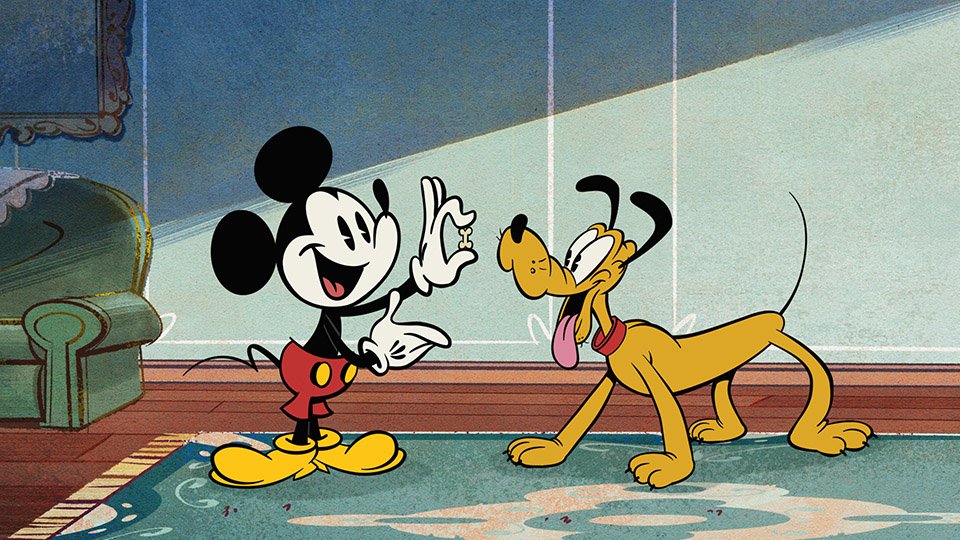 APA: Are there any notes you get back from the directors or creatives involved? Or is it set in stone what the core designs are?

Chang: Usually, the directors are specific about what they want in terms of the special pose. The storyboards are informative, but I just take what they have drawn and put things more on model. If it’s very exaggerated, like they have stretched/squashed facial features, there are core designs we must keep on. The directors also review all the designers’ drawings, but if they do have notes, they’ll draw over it and send it back. This is also a way for the designer to learn what each director wants. Some don’t mind if Mickey goes a little off model. There are times when he has such funny expressions that are very un-Mickey-like, which is the fun of this series as the characters get out-of-character. For example, in “Cheese Wranglers,” Mickey will get very human-like facial features whenever he mentions, “The Code.” And sometimes designers can suggest poses that will fit the character.

APA: What’s been your favorite Mickey Mouse short to work on in this upcoming series?

Chang: Any of the ones where Pluto is the main character. Even in past series, I love when he’s the protagonist of the story. I love animals and I like seeing him portrayed as a friendly canine companion. It makes me really happy to see him and Mickey’s dynamic together. 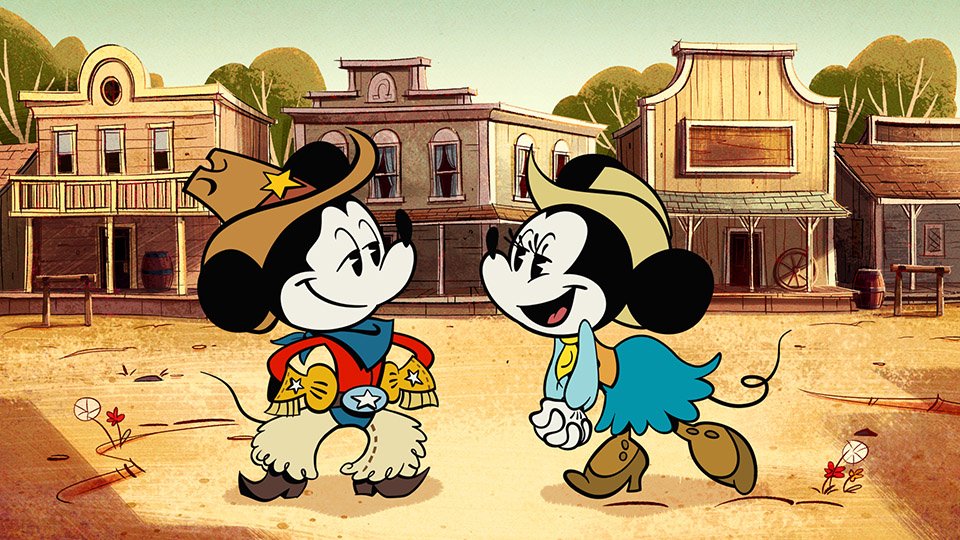 APA: Who or what influences your art style?

Chang: I love Mary Blair. Her beautiful graphic shapes and her colors are really intriguing. I also enjoy Bruce Timm’s designs, as he worked on Batman The Animated Series. Also, Al Hirschfeld, who’s a wonderful caricaturist.  What intrigues me about their work is storytelling and how they use color and how they draw characters. If any of those things are relatable, that’s what I’m drawn to.

The Wonderful World of Mickey Mouse premieres on Disney+ during Mickey’s birthday, November 18.