Words Can’t Go There is an award-winning, feature-length documentary that tells the story of John Kaizen Neptune, a California native who finds his calling through the shakuhachi, a traditional Japanese bamboo flute. John’s son, David Neptune, was inspired to make this film because his father, like the music he made, defied categorization, and David sought to “define the undefinable” by weaving together pre-recorded clips, interviews, and shots of his father’s daily life. John is more than just a musician; he is also an instrument-maker, a teacher, an author, and a composer who is constantly curious about the unexplored opportunities in all aspects of shakuhachi music. Through the scenes of him diligently practicing and painstakingly carving different variants of the bamboo flute in his workshop, viewers get a strong sense of the dedication that he has towards not just the shakuhachi, but also every aspect of his life. 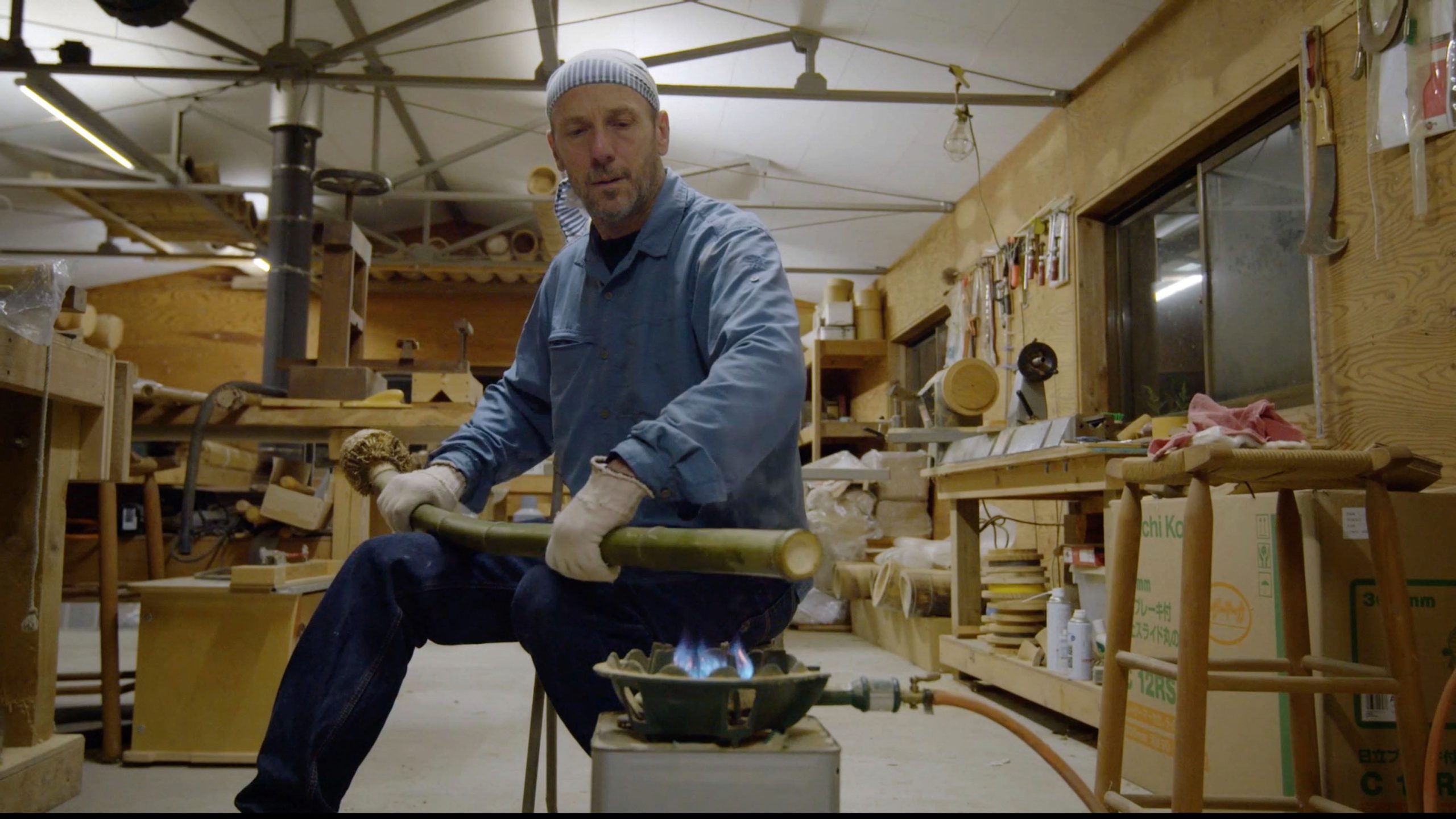 Most of the film is set against the breathtaking backdrop of rural Japan, where John lived in order to study at the Tozan School of Shakuhachi. However, life in Japan was not always easy, and the film examines the prejudice that John faced as a foreigner playing a traditional instrument. He recalled feeling like a “bear at a circus” at times, and one of the Japanese shakuhachi grand masters admitted that, for many, “seeing a foreigner play the flute at a temple wouldn’t feel quite right.” In a way, though, having that “outsider” status gave John the freedom to experiment with the shakuhachi in ways that transcended the traditional understanding of the instrument, such as inventing new techniques through infusing Western genres like jazz and blues into his compositions, or even playing the flute while surfing. The scenes of John demonstrating a quirky, mini trombone-like bamboo flute and of audiences laughing during his performances showcase the lightheartedness that John brings to the shakuhachi. While the shakuhachi can be fun and whimsical, the instrument has also traditionally been for meditation practice and can transport listeners to places and states where “words can’t go.” Through snippets of performances interspersed in the documentary, viewers feel the authenticity, poignancy, and inventiveness of John’s music.

Perhaps because the documentary was directed by John’s son, the camerawork, editing, and interviews feel very personal. His son and daughter recall memories of having to send their father away on tour, sometimes for months at a time, and, in an especially moving scene, he wistfully looks out at the bamboo grove and pauses, as if to reflect on the decisions he’s had to make, before admitting that “it’s hard, not to be able to be in more than one place at one time.”

One one hand, this documentary is a portrait of a musician who has pushed the technical and musical boundaries of the traditional shakuhachi, but it is also the story of a father who has had to balance a demanding career with family life. The film, which won Best Feature Documentary and Best Score at Show Low Film Festival 2020, seamlessly splices present-day scenes with VCRs, interviews, and breathtaking drone shots of Japan in an organic, loosely chronological vignette of one man behind the shakuhachi. I am personally very glad to have been introduced to John’s music and his world views through this documentary and hope that viewers will also emerge with a newfound appreciation of the shakuhachi and of John’s musical ingenuity. 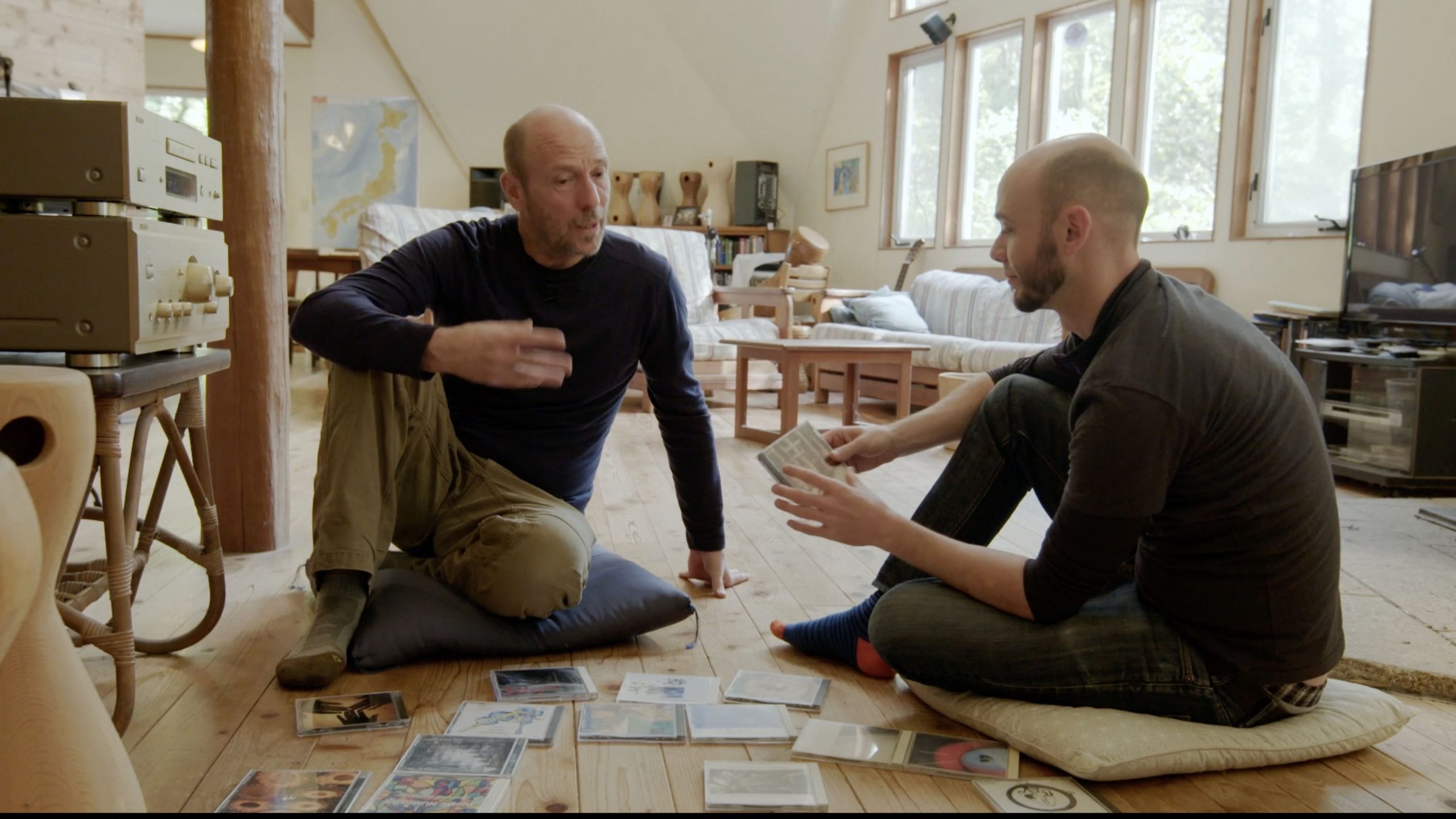 Ocean Mountain has set November 20th, 2020 as the VOD streaming release for the film. Words Can’t Go There, available on iTunes, Google Play, and Amazon. For additional information on the film, please visit: www.kaizanmovie.com