Osamu Dazai’s 72-year-old hit novel, No Longer Human, was given new life in 2017 by talented horror mangaka Junji Ito. For those unfamiliar, Ito penned some of the goriest and most unsettling illustrations known to modern manga fans. Although Dazai’s original novel already hits on very heavy topics—given his own depression and numerous attempts at suicide—Ito’s adaptation onto a visual medium is not for the faint of heart to say the least. At 616 pages, it’s the second densest manga under Ito’s name published by Viz, only behind Tomie: Complete Deluxe Edition with 752 pages.

Following the success of his adaption of Mary Shelley’s Frankenstein, this rendition of a popular Japanese novel is a departure from his familiar genre of horror. However, this isn’t to say Ito’s art fails to make your skin crawl; in fact, it’s the opposite. Unlike Frankenstein, which is commonly known in Western culture, No Longer Human belongs on the opposite end of the spectrum with its importance in Japanese culture. The manga adaptation is listed as horror even though the original piece is considered a fictional short novel. Of course, anything adapted by Ito is sure to send jitters down your spine during the Halloween season. 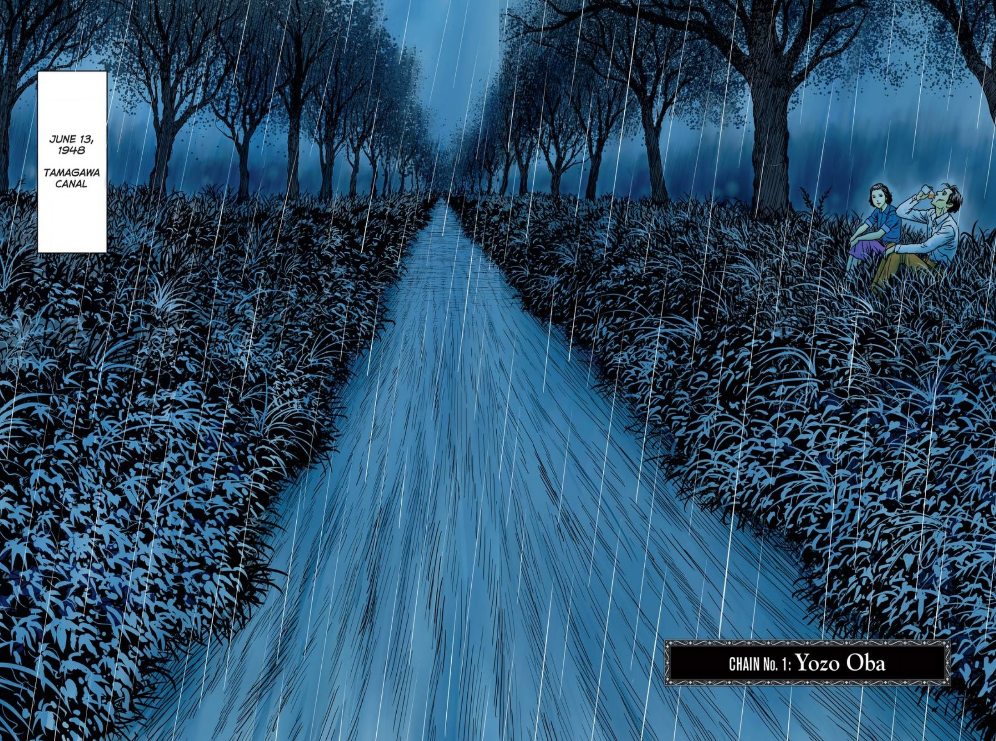 The story follows Oba Yozo, a boy born under a rich family full of privilege yet feels completely alienated from others. In order to to hide his true nature, he endures countless abuse during his childhood and ends up trapped in a cycle of damaging behavior. He grows into a selfish, spineless man who seduces women he later ruins. Readers of the original novel critique the book as a thinly veiled autobiography of Dazai’s own life, and have even suspected it to be his suicide note. Even though the original material covers the topic of existentialism, Ito draws the visuals to create a setting of pure existential horror of which there is no escape. Fans of Ito will see his usual detail in distressed, fearful eyes as well as distorted figures that eat at Yozo’s core.

What sets this apart from the other manga adaptations is Ito’s distinctive visual storytelling. There’s a reason why I can look at Usamaru Furuya, Yasunori Ninose, and Gakken’s version of No Longer Human without flinching, but I’ve steadfastly kept Ito’s version with the cover faced down since receiving it. The manga borrows many famous lines from Donald Keene’s English translation of Dazai’s novel and opens with Keene’s “Mine has been a life of much shame.” In an interesting twist, Dazai himself is a character within his own novel, appearing during Yozo’s asylum recovery to retell a fictional version of his own suicide through the lens of Yozo. 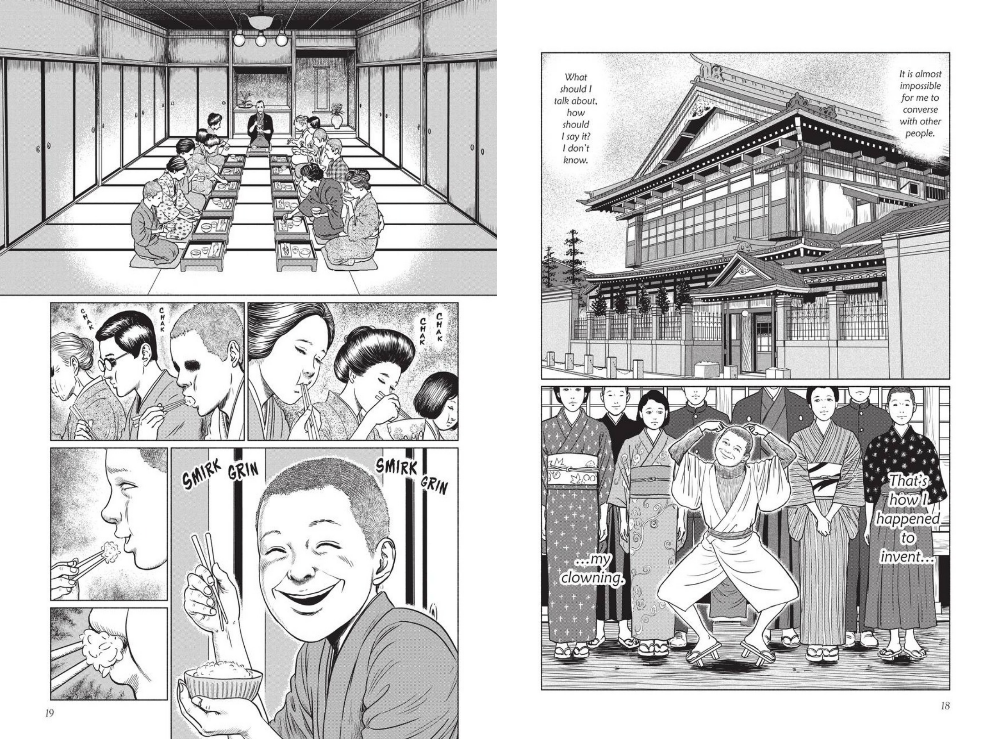 As the book itself deals with the sensitive topic of suicide, Ito’s contributions focus more on the graphic horrors of an unreliable narrator with a deep mental illness. He visualizes Yozo’s inability to understand his fellow man and failure to properly integrate with society through a disturbing array of literal humanoid bugs. Whereas Furuya’s version of Yozo is more sinister in his misanthropic modern perspective on life, Ito’s Yozo is more pitiful and sympathetic, albeit still misogynistic.

Readers will find themselves turning pages as the familiarity of societal disconnect rears its grotesque head in the form of nightmare fuel. The idea of needing space away from judgement and expectation is all too familiar but seeing it through shots of anxious eyes or detailed body horror pushes the feeling to a new level of reality. Even as a horror fan who enjoys jumping down into the rabbit hole of darkness, I chose to read No Longer Human during the day. It will make you second guess how strong your nerves are. What better book to set the tone for Halloween as you anxiously straddle between pages, fearing what dread the next page will bring?