From October 16-25, KCON:TACT returned for Season 2 and offered K-pop fans around the world 10 days of virtual performances and festivities. Tickets this time were priced up to around $25 for the entire event, but limited viewing access was also offered for free to the general public. While KCON:TACT spanned over more days than its previous event, the lineup featured fewer performers, allowing fans to spend more time with each artist.

This second season of KCON:TACT brought along new features and benefits for fans, such as FanPick Cam, Fan Requests, and Live Chat + Artist Interact during meet & greets. There were also two new programs introduced: KCON STUDIO X DIA TV DELIVERY, where fans could view special events with influencers from DIA TV, and POP UP CLASSES, held by UNESCO and featuring various artists from the lineup. Another big difference from the previous KCON:TACT was that concerts were only held on the weekends, from Friday to Sunday, with most of the meet & greets taking place Monday through Thursday. This was a positive change, especially for attendees who have work or school responsibilities on the weekdays. 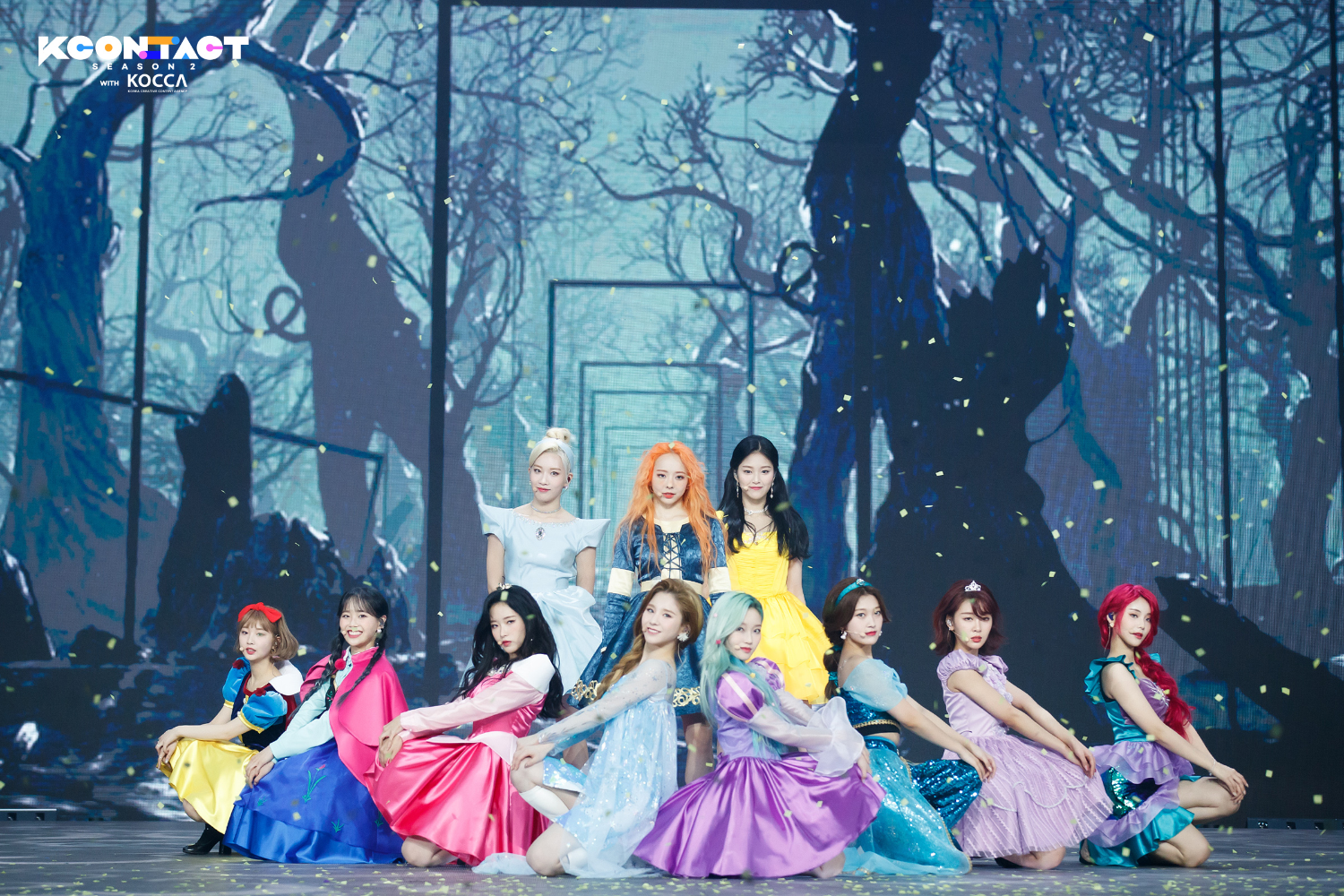 The festivities kicked off with a night of performances by DAY6 (Even of Day), Everglow, Sunmi, and WEi, offering fans a unique mix of genres. Another night featured a theme for audiences to enjoy – for example, night three featured artists including Kim Wooseok, Lee Eunsang, and WOODZ, who were all former members of X1. Some nights featured reunions like Road to Kingdom contestants, Oneus, ONF, The Boyz and VERYVERY, and Wanna One members, AB6IX, Ha Sungwoon, Kim Jaehwan and Park Jihoon. Other nights, however, did bring a more random mix of artists, appealing to a broader audience. The final night, for instance, consisted of CLC, GHOST9, LOONA, Mamamoo, and TOO, a great mixture of senior and rookie artists to entertain viewers.

Many fans also appreciated the different classes and meet and greet opportunities offered with the new programs. Through the KCON STUDIO X DIA TV DELIVERY and POP UP CLASSES held by UNESCO, viewers learned magic with Everglow, got soccer lessons from WOODZ, learned Hapkido and Taekwondo from WEi, received language lessons from AB6IX and Lee Eun Sang, and more. Popular YouTube personalities such as Na Haeun also made appearances for special activities and played games with various artists.

When it came to the concerts, each artist sang roughly three to four songs, and some artists had their meet & greets on the same day as their performance. Hosted by Eric Nam, meet & greets featured a special AR segment, where fans and artists filled up a tower in the shape of the artist’s name together. In addition to the meet & greet, artists would spend time with fans in various ways between songs by posing for fans to screen capture and fulfill requests. There were also video calls, giving artists and fans the chance to directly interact. Kim Wooseok, for example, drew a portrait for his fan who was lucky enough to have a quick video chat with him. Another game during the talk segment was the zoom cam, where groups split into units to take photos, and fans voted for the winning team, who then took close up photos of each of their favorite features. For instance, ATEEZ’s Seonghwa opted to zoom in on his neck, Wooyoung zoomed in on his lips, and San decided on his eyes. Fans were also able to send in photos of their decorated rooms, and a few selected fans had their photos shown to their favorite group.

The transitions between each artist and performance were smooth, and the graphics appeared even better than the previous KCON:TACT, with the usage of AR effects. The detailed stage setups made it feel a little more like a real concert, and the added screaming sounds during the performances made the atmosphere feel more natural. Prepared videos also helped things move along without a hitch, showcasing artists playing games and other activities. A lot of special AR effects were utilized throughout the event, with certain games involving drawing onto the screen with a smartphone and more.

One of the main highlights of any KCON event is the special stages, and KCON:TACT Fall was no different. For fans of X1, the third night of concerts brought memorable special stages, with Kim Wooseok and Lee Eunsang performing their newly released duet, “Memories,” Kim Wooseok and WOODZ performing a cover of 10cm’s “Hug Me,” and the trio playing a special relay drawing game together. Meanwhile, VERIVERY lit up the stage with a cover of BTS’ “Dynamite,” and A.C.E performed an amazing cover of EXO’s “Obsession,” even donning similar stage outfits and makeup. The boys of Road to Kingdom also put on a special dance stage, utilizing many of the special AR effects to add to the futuristic vibe. To wrap the 10-day event, all the artists at KCON:TACT Season 2 came together to perform one final song, “Hope.”

While the first KCON:TACT left many fans unsatisfied, Season 2 resolved one previous major issue: the stream was available for free on another platform, Shopee, which made paying attendees feel cheated. Addressing this, KCON only offered streaming on YouTube, as well as limited free content this time around. There were also little to no technical issues, with events starting and ending on time. Learning from prior mistakes, KCON:TACT provided fans with a greater experience. While the world continues to face a global pandemic, perhaps there will be a third KCON:TACT for fans to see their favorite K-pop artists from the comfort of their homes.