Amid the global pandemic, there have been countless online concerts and events, but one in particular stood out to me. With Joy Ruckus Club being coined as the world’s largest Asian American virtual music festival, it felt like an event that couldn’t be missed. Divided by genre, the two-day event was incredibly packed with over 70 artists. Each day, I made sure to clear my schedule to watch the start of the event, a few performers here and there, the headliners, and the final performances of the night, all while I streamed the audio while going about my day.

Day One kicked off with Wind Meets West, a singer-songwriter performing out of New York. It was nice to start the day with calm, soothing vocals, slowly build that energy up, and end the night with essentially a rave from the comfort of my home. The genre shifted as the day progressed, with more pop artists in the afternoon such as Chris Valdez and Ashya, headlining K-pop acts Eric Nam, Luna, James Lee, and Kevin Woo taking the stage in the evening, and a variety of DJs including DJ Sura, DJ Seduza, and DJ Cream to close out the night. 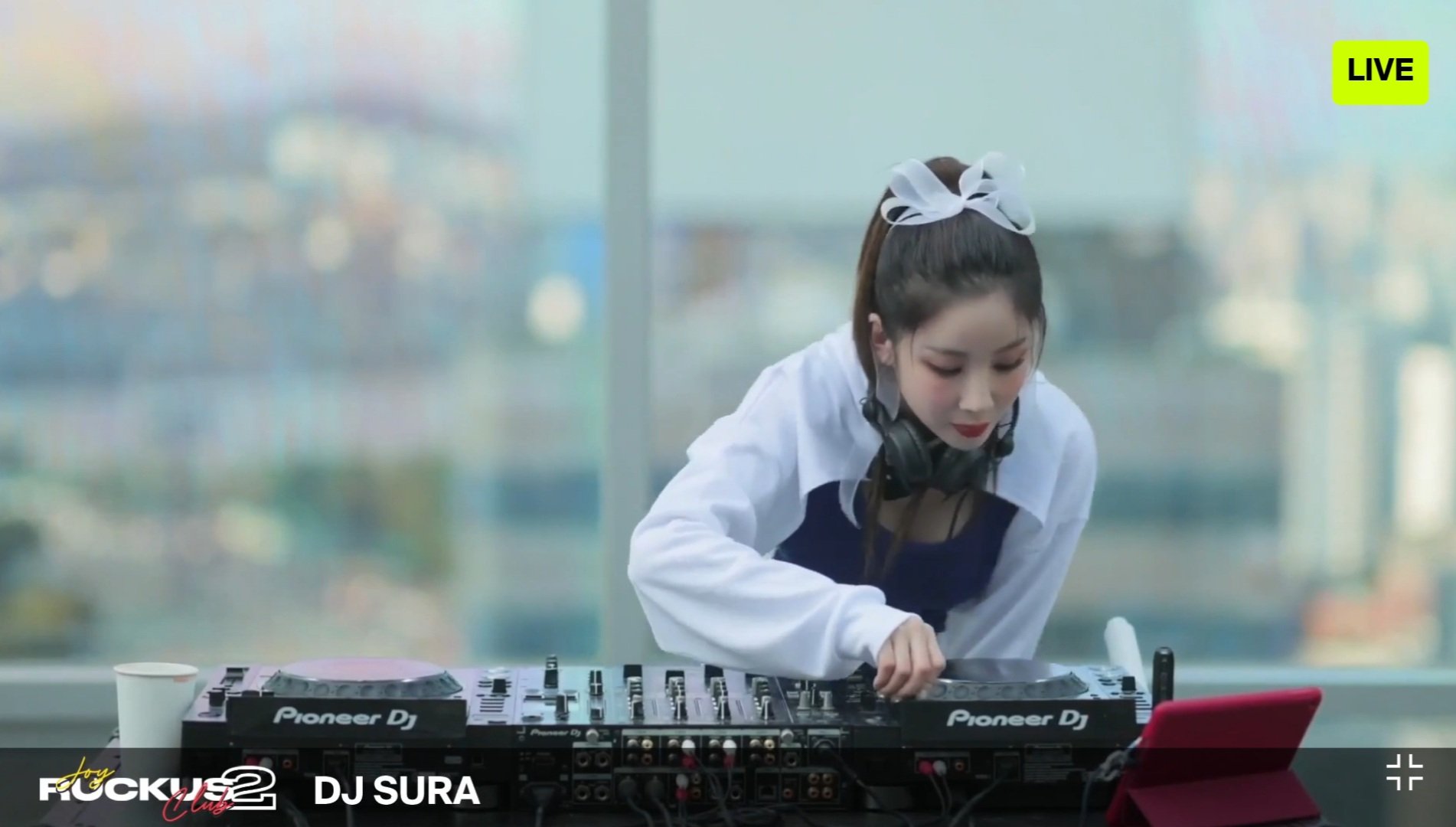 The show did not go without a hitch, however, with some technical difficulties disrupting the music festival. Issues cut pop group KAACHI’s performance from a full set to just one song. Also, Leo Xia seemed to miss his set, as his time slot went to an encore for previous artist MJ Apanay, and Casper Sun’s set was given to another artist by the name of LIOT. One of the night’s biggest stars, Luna (formerly of f(x)), also experienced technical difficulties that prevented her from performing at her scheduled time, with Monotone and AZNJUJUBE taking her slot. Luna instead performed at a later time, ultimately pushing back the rest of the performance times, and seemingly canceling DJ Vin’s stage.

Despite these unfortunate changes, the rest of the day did go far smoother, and I came out of Day One as a new fan of several artists. In particular, Ash Haze, who became very emotional during her set due to all the supportive comments she received, had a strong vocal tone that reminded me of 88Rising artist NIKI. Aleyna Moon’s adorable rendition of Animal Crossing tune Bubblegum K.K. brought a fresh vibe to the entire event, with cute graphics and lyrics prepared on screen for fans to enjoy. Moon also performed a few other songs, including a cover of K/DA’s POP/STARS. Her unique vocals, cute visuals, and bright personality made hers one of the most memorable performances of the day. MJ Apanay, whose 20-minute set unexpectedly doubled in length, also caught everyone’s attention, not just for his talent, but also his personality. Apanay charmed the audience with his honesty, natural playfulness, and somewhat shy and awkward demeanor. DJ Sura was another incredible act to round out the night, starting off her set with a narration describing COVID-19, and moving into a high energy set that had me dancing alone in my room at midnight. 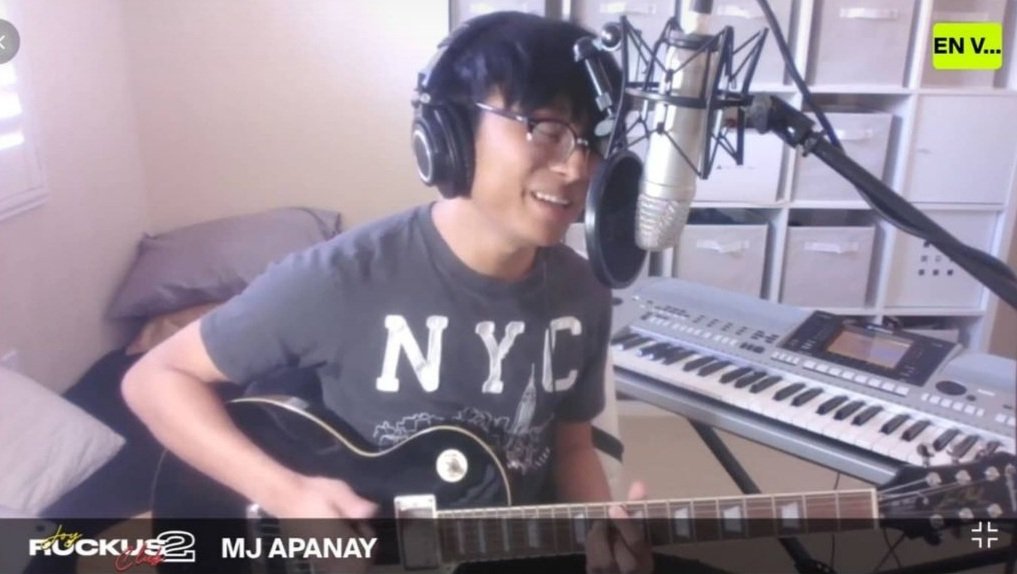 In contrast to Day One, which progressed slowly and had many mood shifts, day two was filled with one overall genre: hip hop. Kicking off the day was Reckless Escapades and Maruxa Lynd, and by mid-day, we were listening to artists such as Vincesmoke, who prepared fun graphics to pair with his stage, and A.J. Crew and Micah Street, who performed on a set with a Tesla in the background. Evening time brought artists such as Chow Mane to the stage, and the final performer to wrap up the weekend was A.R. Chubbs, a hip hop artist from Stockton, California.

While all part of the same umbrella genre, these artists also each had their own unique color, providing a good variety of music to listen to throughout the day. As hip hop is often made to reflect the current societal state, many of the artists had meaningful songs to share with the audience. Jahki Spooks, a Chinese rapper based in Copenhagen, ended his set with a song about the racism Asians have been facing stemming from COVID-19 that featured a strong beat and powerful lyrics to match. Former Show Me the Money contestant Heesun Lee performed a song about feeling like one doesn’t belong, introducing the song with her experiences as a Korean American who speaks little to no Korean in Korea, and being an Asian woman trying to make it in the States. Ruby Ibarra’s set was dedicated to her immigrant parents and all Filipino-Americans, speaking of the struggles to adapt and be confident in the U.S. Her set was especially meaningful, as October is Filipino American History Month. 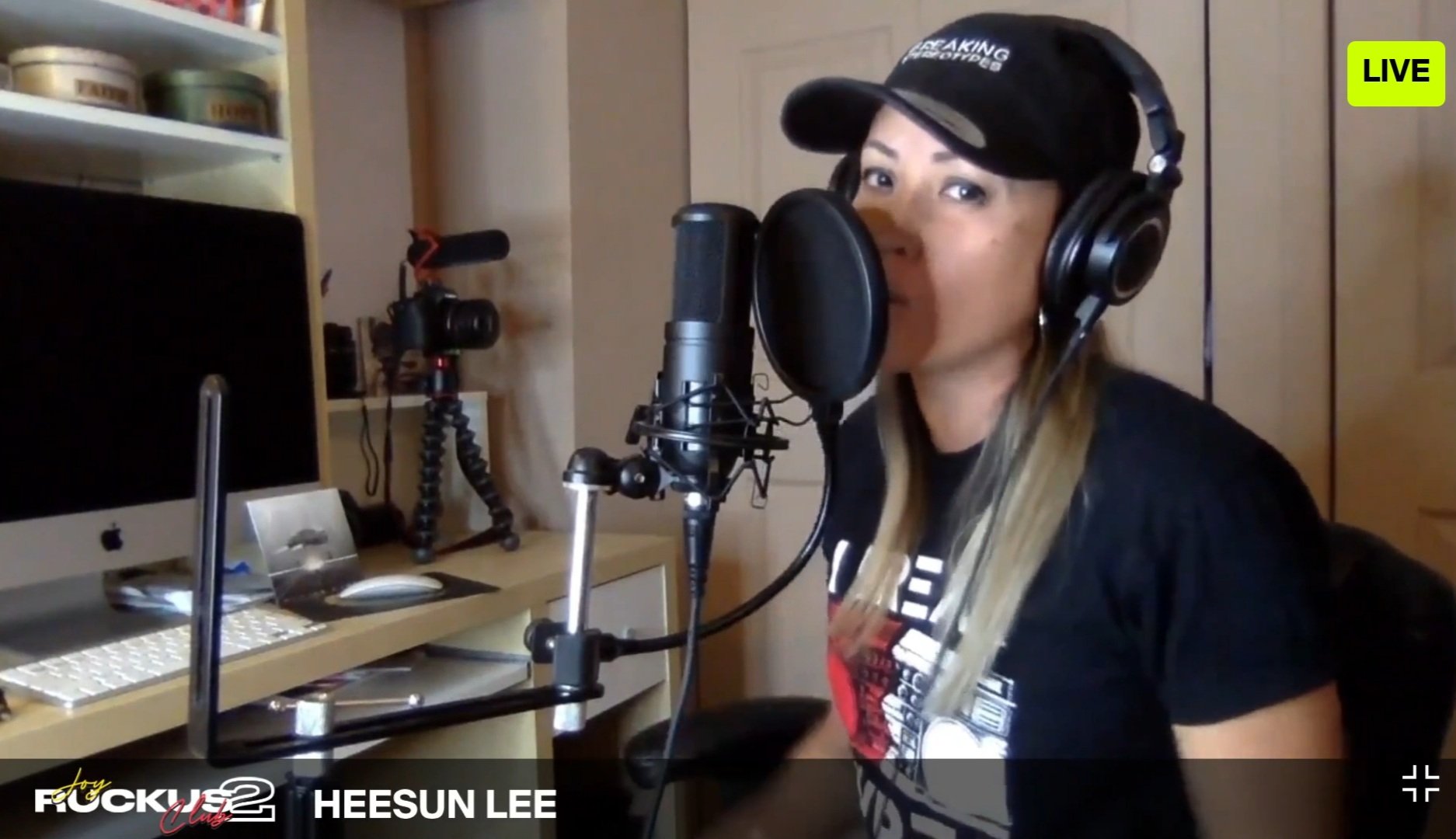 While I did enjoy my time spent as part of the Joy Ruckus Club, it did feel more like an incredibly long Spotify playlist rather than a live event, with little to no transition between artists, and only brief introductions given when the artists themselves made a point to do so. Although the music was fantastic, the long duration and lack of interaction with performers did make it difficult to stay focused. The time constraints seemed to be the main cause of concern, with some artists even being cut off before finishing their final songs due to the tight scheduling, and I would love to be able to see many of them performing longer sets for their own shows in the future. The event did a wonderful job introducing many artists to a new audience, though, and that was the true highlight of the music festival.