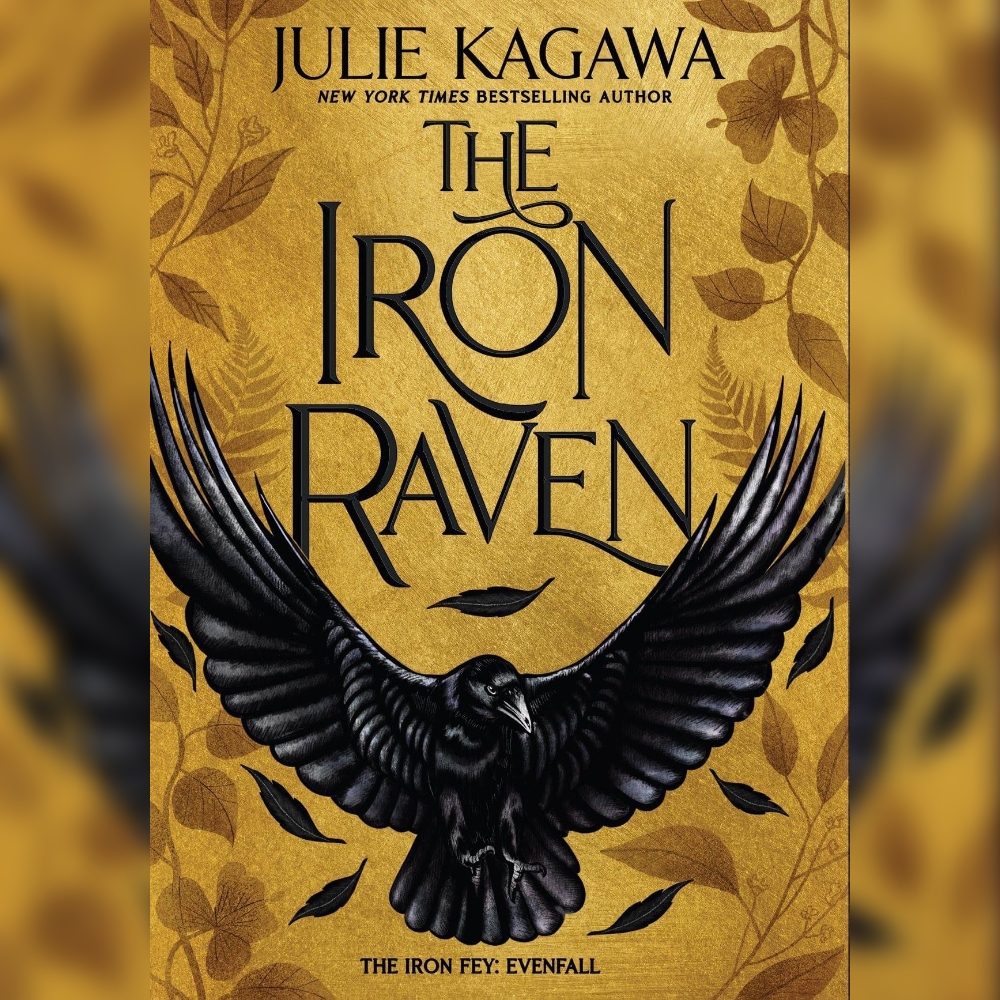 To fans of the Iron Fey world who may never have wanted the books to end, have no fear: Julie Kagawa is back with a much-awaited installment in the new series Evenfall. Taking place in the world of Faery, The Iron Raven can serve as an exemplary follow-up or a comprehensive introduction to the world Kagawa has created. While many of Kagawa’s later installments in the Iron Fey world pale in comparison to the original books (looking at you, Call of the Forgotten), The Iron Raven makes a stunning comeback. It’s not quite as addicting as the original four books in the Iron Fey world, but The Iron Raven offers fresh insight into the mind of one of the primary characters in the series, Puck (aka Robin Goodfellow). To fully appreciate and understand the book, it’s best to have read The Iron Fey and The Call of the Forgotten series.

The first part of the novel re-introduces readers to Puck through never-before-seen flashbacks and past events in the Iron Fey world. At the same time a new threat to the world of Faery emerges with a whole new prophecy. Throughout The Iron Raven, Puck travels to the Iron Realm in order to secure the help of his best friends Meghan and Ash, who are the rulers of the Iron Realm. Together with several familiar faces and other newer ones, Puck seeks out a way to find and deal with this new enemy before it destroys all of Faery. There’s some external conflicts — a main one being Puck’s physical transformation into his former, wild self of Robin Goodfellow — and internal ones — how Puck deals with the resentment that comes with this transformation. Along the way, Puck also has a romance with a Forgotten named Nyx.

Readers get to see a familiar cast of characters return and what’s happened since the preceding books in the Iron Fey world. Kagawa’s worldbuilding skills have only increased since the original trilogy, and readers will get to see a lot more fantastical renderings of the world. The strength of The Iron Raven takes shape in both its imagery and its voice. While describing each setting within the world she’s created from the Iron realm to the wyldwood, Kagawa once again demonstrates her ability to cast her storytelling skills in a whole new light through Puck’s narration. With a whole slew of action-packed scenes and tensions that are both physical and emotional, The Iron Raven expands upon previous books by fleshing out Puck’s character as a whole, giving readers insight into his innermost thoughts.

Going off of the idea that The Iron Raven is an extension of former books in the series, it’s difficult not to compare The Iron Raven to the rest of Kagawa’s novels concerning the Faery world, as much of them build upon one another. It’s doubly difficult to read The Iron Raven without understanding the backgrounds of each character and how they come into play as interwoven forces. Part of what makes The Iron Raven so unique as an addition to the Iron Fey world is the sheer amount of energy that goes into fleshing out Puck’s story and making sure that he gets his spotlight as a protagonist, rather than relegating him to the second male lead. Kagawa doesn’t disappoint with her quality rendition of Puck’s mischievous, fun side as well as the darker elements that accompany that external facade.

While Kagawa does a great job highlighting all the new characters and their connections to one another, the older characters still understandably hold more weight. At times readers may find themselves returning to scenes with interactions between Puck, Meghan, Ash, Glitch, Grimalkin, and all the other much loved characters that made the original trilogy so compelling. It’s not unreasonable that Kagawa would choose to primarily focus on these former characters only in the last third or so of the book. Given the novel’s completely new conflict and storyline, Kagawa takes the time to explore the new cast of characters. Yet it still feels like there’s so much more to learn about the different dynamics between the old characters, especially since they’ve come to shape Puck’s understanding of himself so much.

This need to go deeper into these characters emphasizes the multi-dimensional lives that Kagawa’s written about so keenly and with such a dynamic perspective; even when their books have ended, it still feels like their lives exist outside of the pages. While readers can only hope that the other books in the new Evenfall series will continue to dive into the original characters and their evolving relationships with Puck, it’s worth remembering that as the first part of Puck’s story (and a trilogy), this is only the beginning of a whole new adventure. It’s a testament to the richness of the world Kagawa’s created that we want to see more of it. Like the seemingly never-ending wyldwood Kagawa mentions throughout each addition to the series, there is still so much that has yet to be explored.