Directed by Indonesian filmmaker Faozan Rizal, Abracadabra follows an illustrious magician Lukman who unexpectedly announces his retirement at his final show. Closing the performance with one of the most classic tricks, he asks for a volunteer to climb into a wooden crate box for a disappearing act. A boy eagerly volunteers and upon the “abracadabra” incantation, he disappears. However, Lukman is unable to summon him. Soon after, the boy’s mother climbs into the box in search for her son and is gone as well. With the police after Lukman for kidnapping, the magician has to figure out how to bring both mother and son back.

Rizal takes a page out of Wes Anderson’s book with perfectly framed shots and bright, eye-catching sets from the all-pink interior of the police headquarters and Lukman’s vivid blue outfit against a building of the same color with accents of yellow. The film takes viewers on a zippy taxi driving in reverse to all kinds of landscapes from a secret beach to rocky hills. While the charming aesthetic adds a level of playful surrealism that makes the film visually enjoyable, it isn’t enough to mask the lacking characters and storyline. 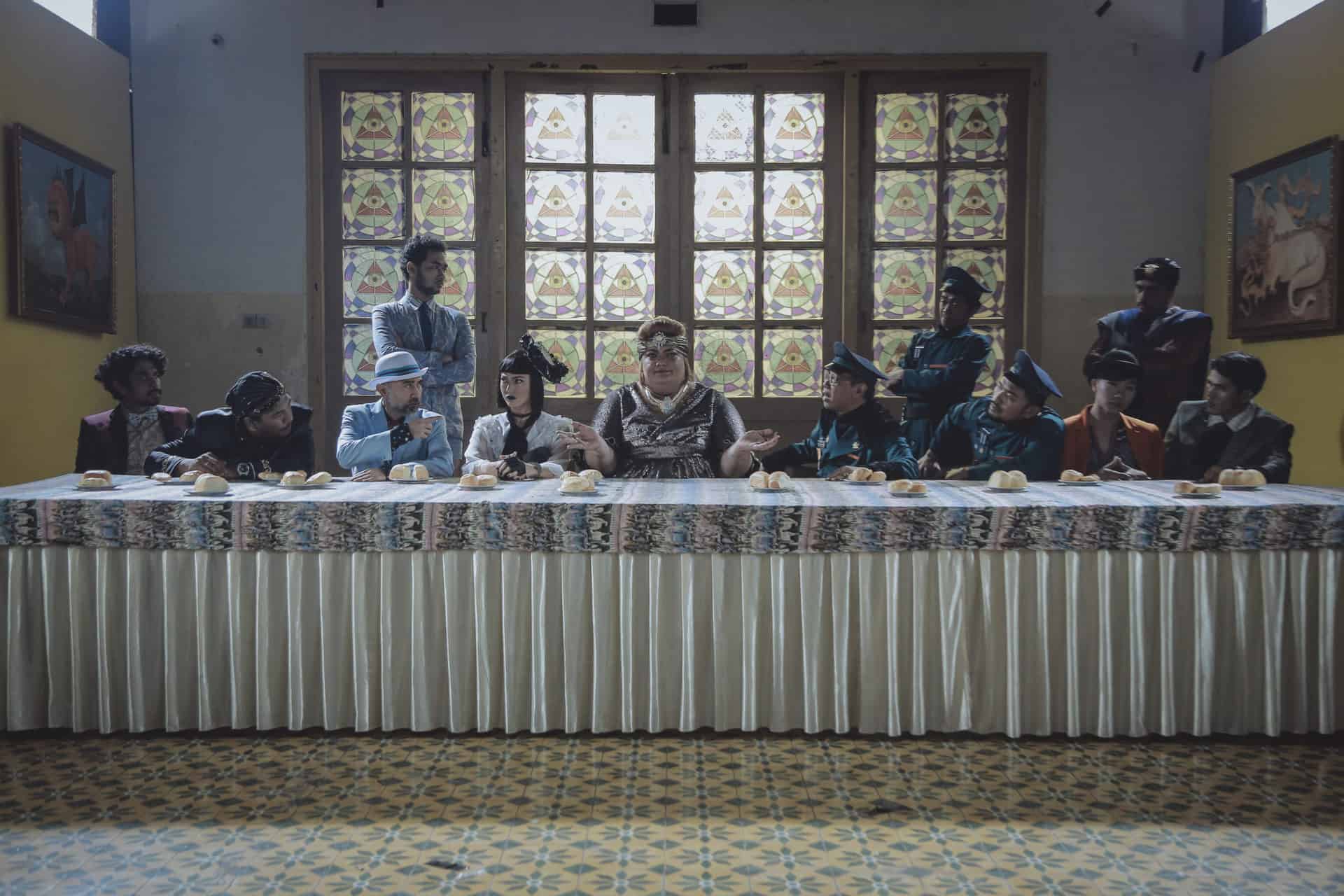 Despite the large ensemble, the characters don’t have much of a personality other than being strange, and even their relationships and interactions feel shallow. Although Lukman embarks on a bizarre journey to learn the secrets of the box, it doesn’t lead the viewers to gain any understanding. All in all, the film feels like a bunch of visually appealing, quirky moments that don’t build the story or lead to a satisfying conclusion; it begins as simply as it ends with no real resolution. While Abracadabra is a colorful watch, by the end it’s all just smoke and mirrors.