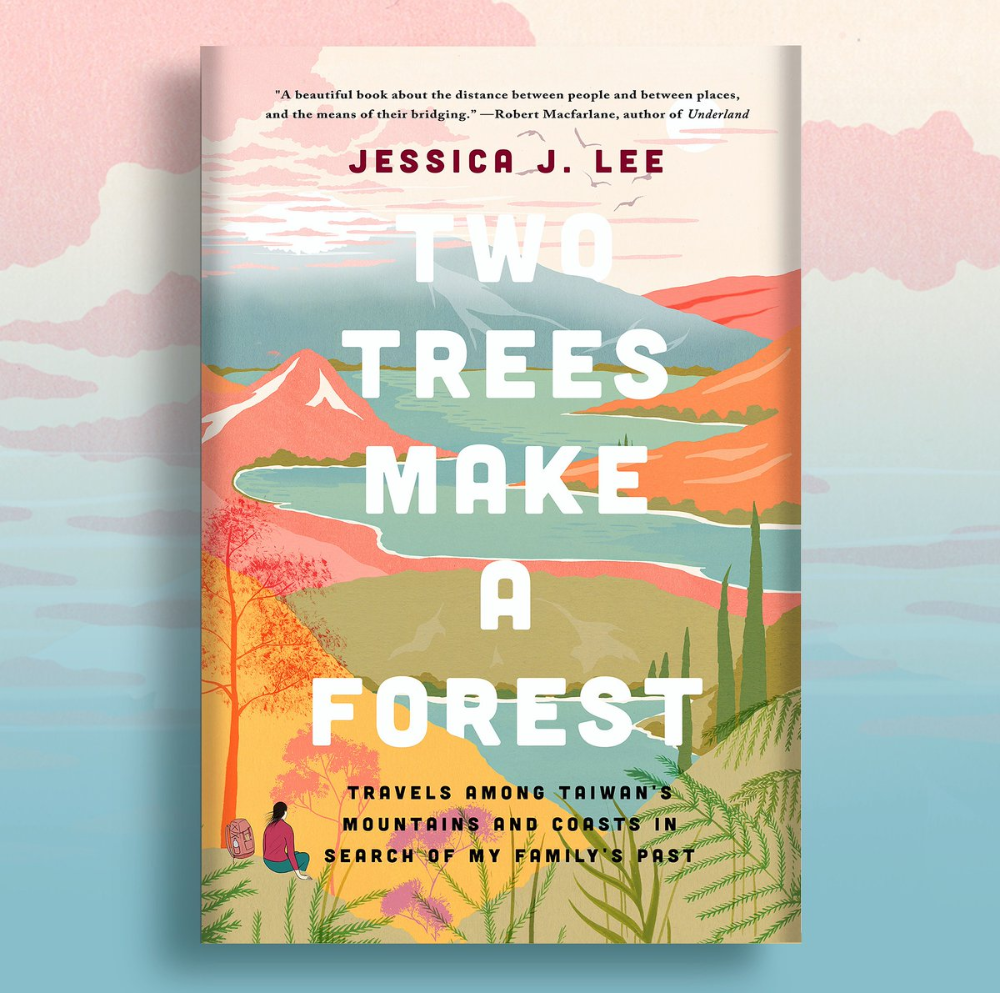 Half memoir and half travel/history guide to Taiwan, Jessica J. Lee’s Two Trees Make a Forest: Travels Among Taiwan’s Mountains and Coasts in Search of My Family’s Past is an evocative, interdisciplinary study of Taiwan. It examines an island in relation to its inhabitants, but also highlights how an island can inhabit its people.

From the very beginning, the interplay between Lee’s descriptions of the island and her understanding of family history is enveloped in imagery that resonates. “I moved from the human timescale of my family’s story though green and unfurling dendrological time,” she writes, “to that which far exceeds the scope of my understanding: the deep and fathomless span of geological time.”

Two Trees Make a Forest implicitly emphasizes the love letter it writes to Taiwan between the lines. Lee’s deeply poetic voice manifests in describing the sights, sounds, and smells of the setting she occupies. The author’s background in environmental history informs the texture of her material; it contextualizes her own understanding of self with space. But at times these descriptions fall prey to abrupt philosophical meditation, a jarring transition from the botanical probing that has characterized the previous narration.

This is not to say, of course, that such meditation is unwarranted. Two Trees Make a Forest deftly combines scientific inquiry and observation with the more personal implications of the living and nonliving. Within Lee’s writing, a tree is more than a tree; the sharp, straight lines of a Chinese character are transformed into a “mouth and a man.” The consistent self-reflection shows that what we have taken for granted can elucidate the clarity in what has been there all along.

The juxtaposition of personal stories and Taiwan’s political ones shows Lee’s expert ability to find significance in what may seem even the most simple, the minutiae of one’s life. She punctuates her sketches of people with the land that has shaped them, both physically and figuratively in name. Her own name Jie-ke, for instance, symbolizes “a stone washed clean by water.”

While such linguistically-rich descriptions do link the broader political past to Lee’s own, sometimes a deeper interrogation seems needed. Occasionally, the connections between hiking and Taiwan’s environment feel so much more reflective than responsive, more descriptive than declarative. However, these descriptions are effective in showing how Lee conceptualizes Taiwan on her own terms. Her meandering language charts Taiwan’s shape on a map while exploring its significance to the self.

Two Trees Make a Forest languishes in the intersection of linguistic space, culture, and identity it occupies. In that process, it creates its own personal mythology of traveling through Taiwan. Lee doesn’t seek to ignore the narratives that have formed it, but instead gives voice to them within her own, a style that makes for a beautifully compelling memoir. And in doing so, she asks just as many questions as she answers: in what ways do land — physical space and physical life — and our interactions with it shape our identity? And how do we give language to the very places that define us?