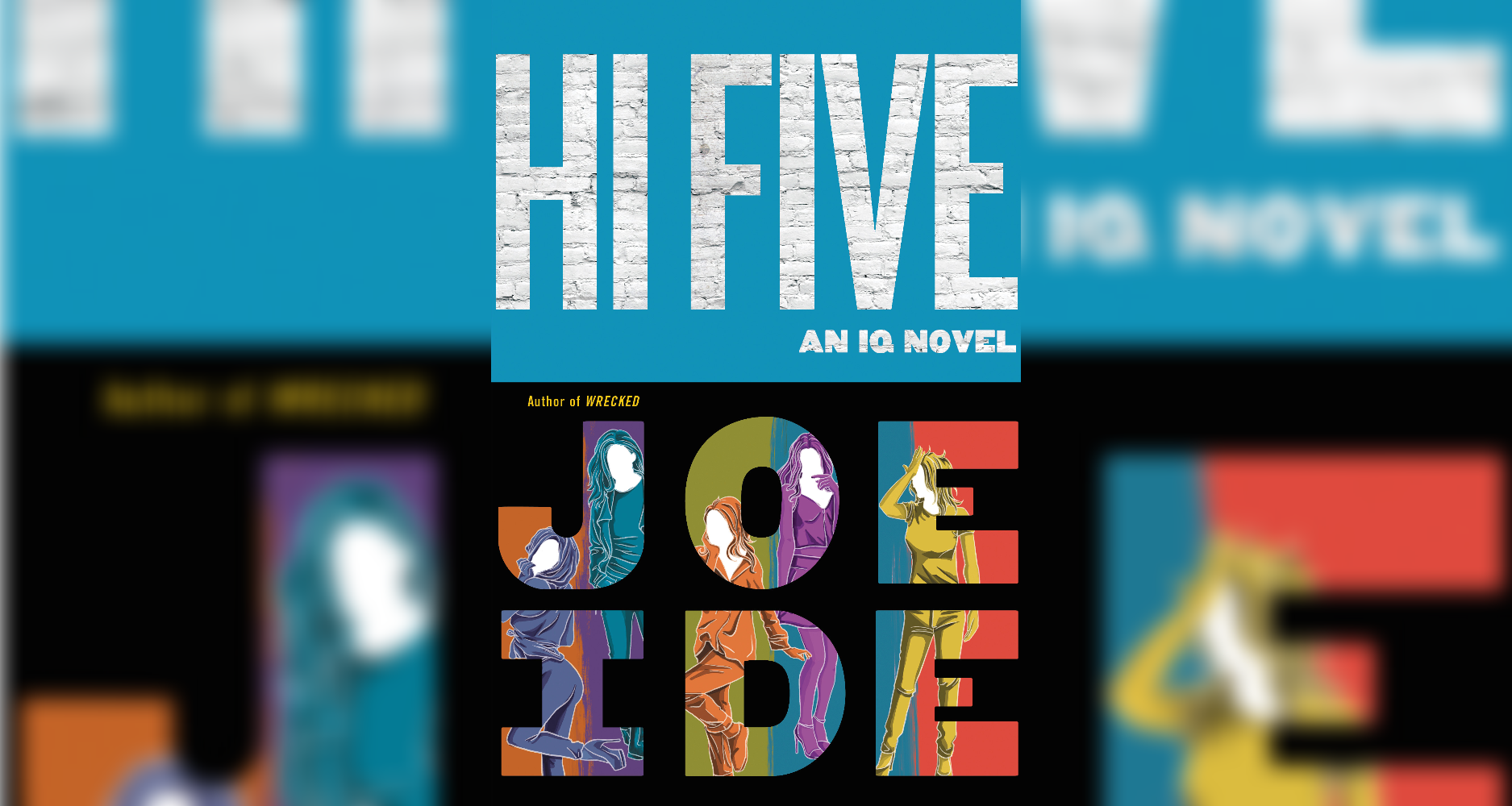 Amateur detective Isaiah Quintabe (a.k.a. IQ) faces yet another set of daunting challenges in Joe Ide’s fourth novel in the eponymous IQ series. In Hi Five, the 20-something Long Beach native digs into the mind of a suspect with multiple personalities while struggling to balance his priorities when a former flame returns to his neighborhood. As in all his investigations, Isaiah must use his ingenious mind and quick reflexes to solve the case, but this time with the added pressure of keeping those he cares for the most out of danger’s grasp.

IQ‘s latest client is Angus Byrne, a powerful and violent man in cahoots with a white nationalist gang who’s made his fortune dealing guns. While Isaiah wants to stay as far away from this job as possible, he’s left with no choice when Angus threatens to harm his girlfriend Stella if he refuses. The crime boss wants Isaiah to prove the innocence of his estranged daughter Christiana, the only other person — and thus the police’s prime suspect — present during the fatal shooting of Angus’ right-hand man. The situation proves to be more complicated than anticipated when Isaiah arrives at the interview and discovers that he is not only dealing with Christiana, but also her “alters,” as a result of her dissociative personality disorder. With each alter remembering only bits and pieces of what happened and many of them hardly willing to cooperate, Isaiah is saddled with frustration and impatience as he attempts to reconstruct the events of the murder.

Throughout his books, Ide has shown his penchant for providing fully fleshed out characters and he continues to do so in Hi Five. He does particularly well in depicting each alter as their own unique character, each with very distinct traits, styles, and mannerisms. As a reader, it’s easy to forget that they all belong to the same body. Ide once stated in an interview, “Character is my primary interest. Why people do what they do. You can always come up with a plot, but I think the reader follows characters, and if you’re invested in those characters the situations that arise are way more interesting. There’s more of an emotional investment in the character, whether they’re good or bad.” This emotional investment Ide strives for is what allows him to evoke empathy via the backstories of even the vilest of villains. Ide illustrates that guilt is not something only the “good guys” feel and, in fact, is something both Isaiah and Angus struggle with. For Isaiah, reflecting back on how his involvement in many situations has led to gang wars and collateral damage affecting the innocent, he accepts that “he’d been partially responsible for it happening and the guilt had injured him somewhere deep inside.” For Angus, reflecting on his relationship with his daughter, “he couldn’t remember exactly when the guilt he’d suppressed for decades had come crashing into his conscience.” Ide clearly depicts how a culmination of past experiences contributes to each character’s values (or lack thereof), bringing a greater understanding to what drives them to their decisions. The heroes and villains in the world of IQ are adept yet flawed, rendered believable through their experiences with universal human emotions and desires.

In Hi Five, Ide once again brings East Long Beach and its various neighborhoods and personalities to life, drawing on his own upbringing in the area. He brings greater realism to the world he’s built with notable details like a hitman lamenting about how their lives aren’t as glamorous as they’re depicted in Hollywood or how insanely loud guns actually are. He makes a nuanced observation about how the various gangs form around specific ethnicities, but at the root of it, all function the same. Ide also introduces a whole new cast of characters to IQ’s world in Hi Five — the gang of white supremacists working for Angus, an especially menacing threat to Isaiah as a young African American man. Ide doesn’t shy away from commenting on today’s political climate in his depiction of the group’s beliefs: “The liberal elite are trying to exterminate the white race […] The president is speaking in code […] he’s on our side.” The tenets of Ide’s fictional white nationalist group seem extreme and brazen, but considering the state of affairs in America today, they’re unfortunately pretty true to reality.

Like in his previous novels, Ide switches his focus from character to character every so often in Hi Five, providing the perspectives of other people in Isaiah’s life. He depicts the life of the owner of a corner shop, who takes a bullet in a drive-by shooting, through the stories told by the son who he is survived by. We get a peek into the life of Isaiah’s older friend TK, the owner of a wrecking yard, as he tries to gain the attention of his crush. Dodson, Isaiah’s long-time sidekick, continues to aid IQ in his investigations, but more notable is his maturation as he re-evaluates the purpose of his life now that he’s raising his own family. Isaiah himself also takes a long, hard look at his own life now that his previous love interest, Grace, is back in town, leading him to reconsider his life choices and commitments. Often compared to Sherlock Holmes, IQ has certainly proven to be just as intelligent and skilled at deductive reasoning, but when it comes to matters of romance he is much more willing to open his heart than Arthur Conan Doyle’s beloved detective.

There are both new and familiar characters in Hi Five, but even readers who haven’t been a part of the entire IQ journey will recognize the growth these characters have undergone by the end. While the plot of Hi Five may not be as suspenseful or laden with “aha!” moments as a typical crime detective novel, the story’s unique cast of characters, each have their own desires and ambitions, is what marks this as a signature work of Ide and a pleasure to read.