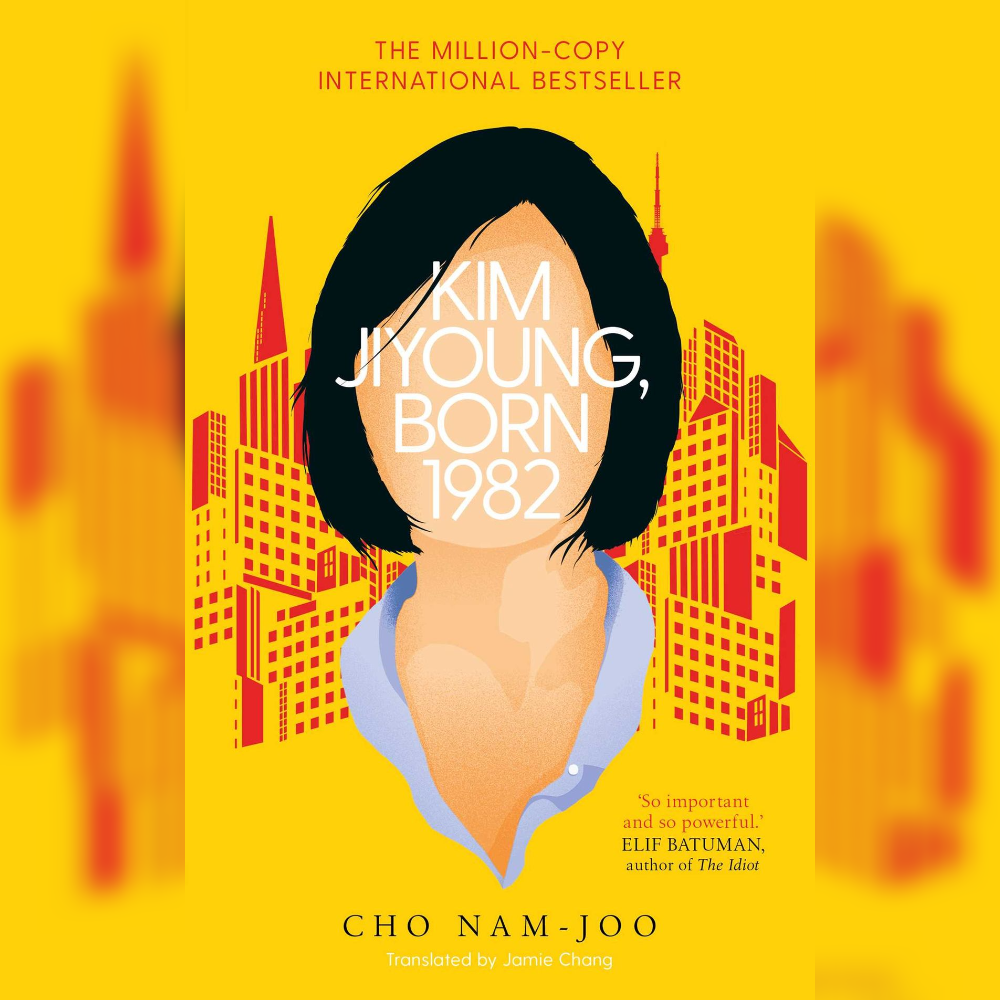 These are lines in Kim Jiyoung, Born 1982 by Cho Nam-joo, the Korean novel hailed by The Guardian as a “South Korean #MeToo bestseller.” With the recent release of the English translation by Jamie Chang, the groundbreaking feminist novel is now available to readers who seek to understand how society has designed the struggles of the modern Korean woman.

The book focuses on the silent and subtle injustices experienced by a woman named Kim Jiyoung, whose name is implied to represent the Korean “Everywoman.” Cho’s narrative tracks the progression from childhood to adulthood, with inequality as the central aspect of Jiyoung’s life. These stories, which read more like third-person anecdotes, are interspersed with commentary and statistics that problematize how gender inequality manifests in South Korea. To that effect, Cho’s reportage emphasizes the broader contexts of sexist practices and institutions, while Jiyoung herself serves as the individual microcosm where daily sexism becomes apparent. The almost “hybrid” nature of the book is instrumental in illustrating the dynamics of womanhood. It is here that Kim Jiyoung evolves beyond a specific literary character and is given greater depth as the representation for a societal issue.

As a child, Jiyoung is forced to endure a classmate’s daily harassment under the justification of “boys will be boys.” As a young adult, she cannot get hired because she is a woman; when she does get a job, she cannot get promoted. When she is married, she is forced to sacrifice her job to be a wife, which is implied to be the “only” job that she needs. When she is pregnant, she is told she is entitled for arriving to work late. When she becomes a housewife, her domestic labor is demeaned.

At its core, Kim Jiyoung, Born 1982 expresses a woman’s struggles with what has become mundane and mediocre, products of a society that relegates women to inferior positions. These instances of sexism express the book’s central idea that not only is it difficult to be a woman, but also that cultural values have influenced a woman’s identity. As such, these values have become embedded into the very fabric of South Korean society. They have come to determine how women are allowed to live.

There are so many poignant moments in the novel that it is difficult to only talk about one. Rather, it is necessary to examine the entirety of these moments as a composite whole. Within Jiyoung’s experience, both the mundane and the mediocre stem from the denial of equal opportunity and upward mobility for a woman. Yet they are also reflections of how for the Korean woman, mediocrity becomes normalized. Jiyoung experiences the imposition of gender constructs through both microaggressions and blatant attacks. Her subliminal acts of rebellion against these constructs involve her assuming the role of different women she has known throughout her life, including her mother. She is suspected to have postnatal depression, but it is psychosis that she has been driven to by a patriarchal society.

What Cho does superbly well is create an atmosphere of suffocation and frustration. She evokes this all-consuming sense of helplessness within the emptiness of Jiyoung’s life; there is a constant idea that for Jiyoung, there is no way of dismantling the patriarchy other than losing the identity that she has created within it. The disintegration of Kim Jiyoung’s identity becomes a kind of rebellion, and the chronological structure of the book adds to its power. The reader does not just witness Jiyoung’s sadness as a housewife, but the quiet anger throughout her life as a woman.

The English translation of Kim Jiyoung, Born 1982 is admittedly not without shortcomings. There are parts where the language becomes so stiff that the book is difficult to truly comprehend. At times, the dialogue is awkwardly stilted, one of the issues that comes with translation as a process. But Chang handles Cho’s simplicity with skill, rendering the same ideas that were so powerful in the original. With Cho’s sensitive and forceful writing, Jiyoung becomes more than the profile of a Korean woman. She becomes universal, an expression of not only the “Everywoman” of injustices, but the “Everywoman” of human experience.

“What do you want from us?” Jiyoung asks. Cho never gives an answer.