Musician James Lee is no stranger to unexpected setbacks. Originally debuting as a bassist in the band Royal Pirates, his life drastically changed in 2015, when he was involved in a tragic accident that left him unable to play instruments any longer. Since then, little has been able to truly deter him from trying to reach his goals, not even a pandemic. While abiding by the stay-at-home order and social distancing protocols here in LA, we chat with James over the phone about his music, his goals, and how he’s dealing with the impact of COVID-19. 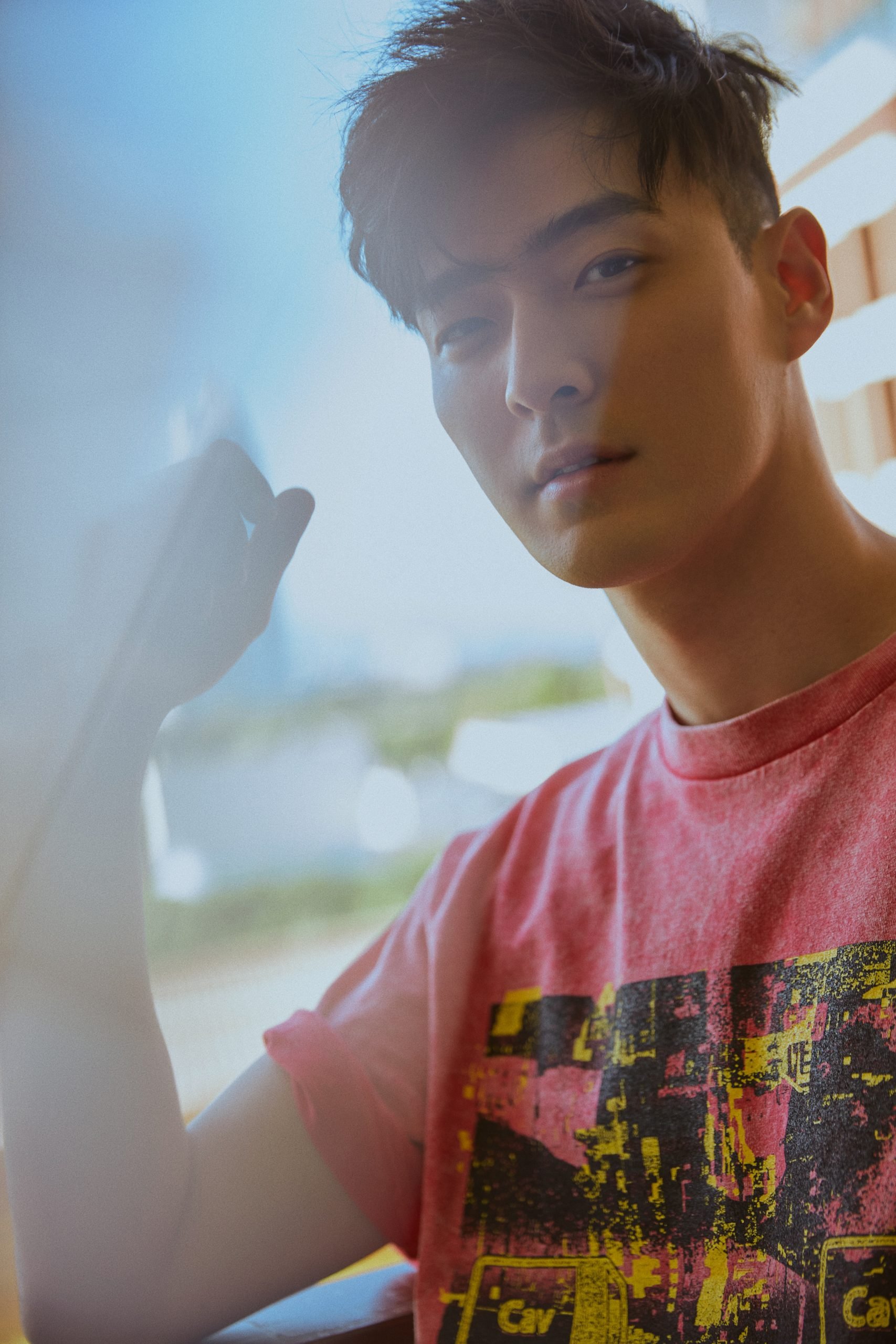 Although being a creative during a worldwide pandemic is tough, for him, it’s “just another thing to adapt to.” Known for his career as a soloist alongside his time in Royal Pirates, James’ day job is actually being a producer for many musicians in Asia. One of the biggest obstacles to his work now is being unable to travel. “It’s really difficult to write with artists that are in Asia when I’m not with them directly,” he shared. However, the silver lining is that sheltering in place has provided him both the opportunity and challenge to focus more on his own music.

When 2019 was coming to an end, James made it his goal to write as much new music as possible, and COVID-19 has really pushed him to do just that, even if the pandemic wasn’t the exact reason he wanted to do so: “Honestly, I just wanted to do something to become a better songwriter. I felt like giving myself a target was the best way, and then the pandemic just happened, and so releasing that music became a result of that. It was always a goal that I had in mind.”

While writing song after song can be a challenge in itself, one of James’ biggest hurdles came to be his means of recording. “For me, all of my equipment is in Asia – every single thing that I have to record with,” he explained. “I had to basically build a mini studio in my sister’s house. Everything that I had from The Light EP, I lost all of that because of the pandemic. It’s not that I lost it, but I’m away from it, so I had to start from the ground up and utilize social media.” Despite the difficulties, James pushed through and has even written much more music than he originally planned.

Diving into some of his latest music, the song “Alright” comes to mind. The single, which was released and written first as a solo song but later re-released as a duet featuring Amber Liu, tells an uplifting message of enduring tough times but ultimately ending up okay. The singer-songwriter has never shied away from speaking on mental health and heavier topics, and this song was no different. “My left hand randomly swelled up because I have a condition where the bones in the wrist will just suddenly fracture. So, the tissue and the ligaments just swelled up, and it’s like pretty bad arthritis, and when you have that kind of physical pain where you can’t control or predict how long it’s going to last, it kind of gets you down,” he shared. “I was having a terrible day, so I wrote that song, literally with one hand.” Having collaborated in the past, Amber was eager to release another song with James. As soon as she heard “Alright,” she knew this was the perfect song to work on together. The collaboration and newly released music video were both Amber’s ideas. On working with Amber, James said, “She’s such a sweetheart, and she’s honestly one of the main reasons I’m able to continue doing music the way that I do.”

Although the timing was coincidence, the song also came out during a time when many people needed it most: “I think everyone is kind of going through their own emotions, because we’re in an unprecedented time where we’re all stuck by ourselves, and we’re being forced to adapt.” Knowing that people are finding positivity through his music, James “just hoped that people could be encouraged by it, because perspective and mindset are so crucial to our happiness and wellbeing.” 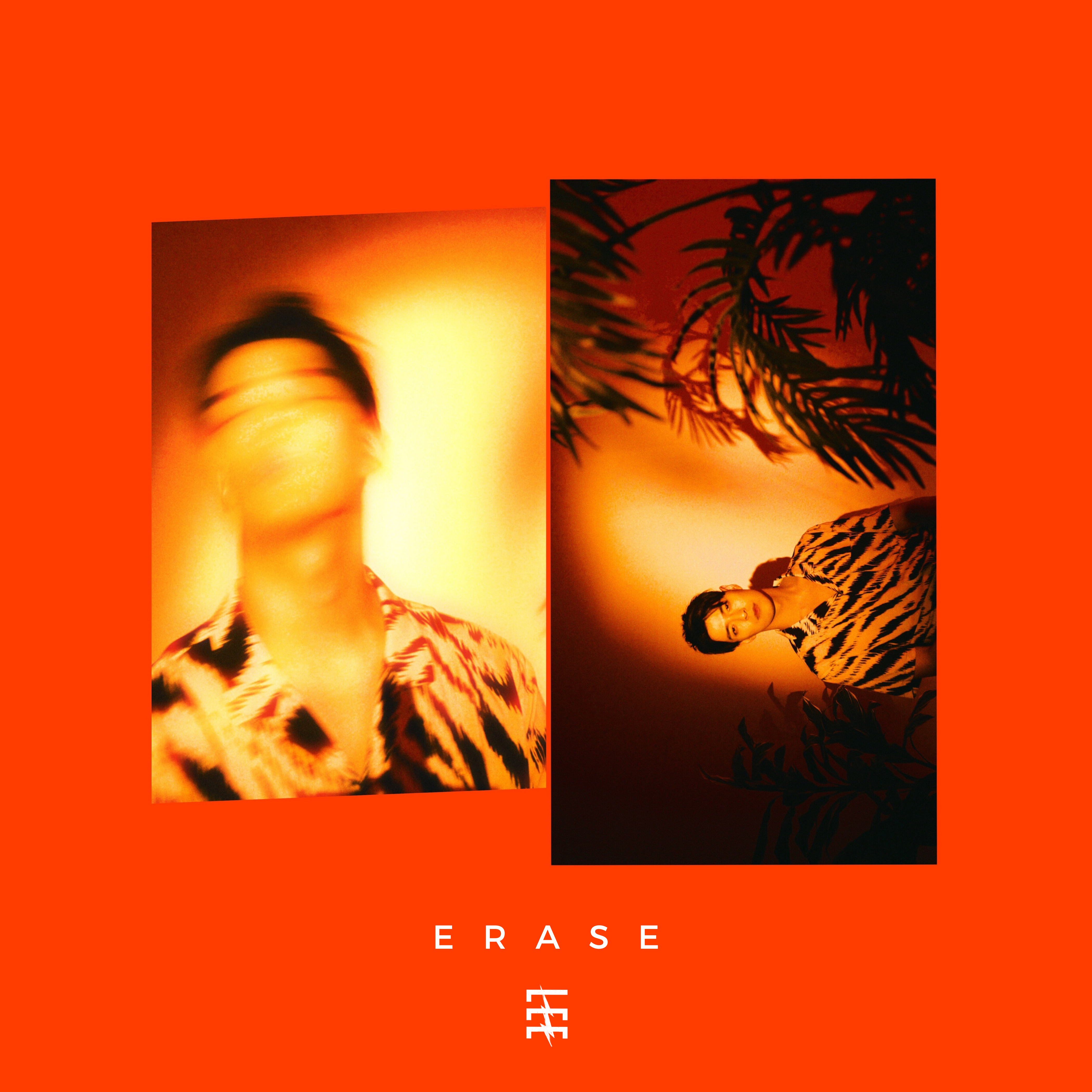 Today James just released his newest track, “Erase,” which will also feature on his upcoming EP. This song is a key turning point for him, as it symbolizes a shift in his music. “It’s the first venture into a new direction for me. It’s a step into the direction where [fans] can see the shift from where I was to where I want to be,” he explained. “If you listened to my last EP, “The Light” itself was originally a suicide note because I was going through crazy depression [at the time]. The new EP is more of a shift where I can enjoy music and show people that music is my therapy, and I’m lucky to do it.” Expressing his gratitude towards his fans is something that James also does often, acknowledging that their support enables him to pursue his passion. Aiming to release his new EP late June/early July, he recently added a new benefit to his Patreon, in which everyone who contributes by June 8 will have their name printed in his upcoming physical album, as a way to thank his fans for being “part of the fabric of [his] music.”

In terms of whether or not the pandemic is affecting the type of music James is creating and how he’s dealing with it, he believes his past experiences have already shaped him up well enough to suit any environment. “I think with the challenges that I’ve had in the past, where I was kind of isolated from people and I lost my ability to play instruments, I just feel badly for other people,” he said. “I’m personally just doing my best to make sure I don’t take a hospital bed from someone else, but my experiences from my past have definitely helped thicken my skin and accept that there are things out of my control.” 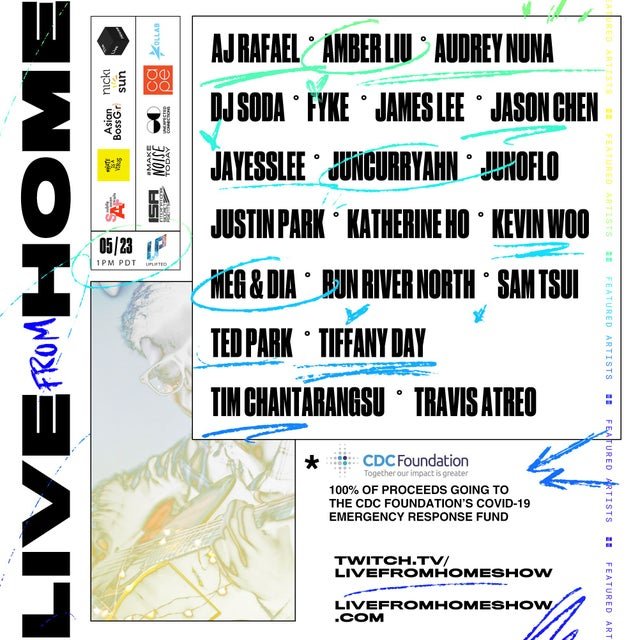 To help with COVID-19 relief efforts, James is on the lineup for Twitch’s Live From Home charity stream slated for tomorrow, May 23rd, along with several of his good friends such as Kevin Woo and Amber Liu. All proceeds from this event will be going toward the CDC Foundation’s COVID-19 Emergency Response Fund. He said, “I feel like those of us that are taking that step to do charitable events and donations, it gives us life. At least, it gives me life, and it keeps me hoping that there are other people that will take that extra step as well. I just look at it as an opportunity to help, and that makes me so happy.”

Demonstrating his passion and determination, James wrapped up his time with us by sharing his goals for the future, as well as offering some advice for his fans: “My goal at the beginning of the year was to stay relevant, to be honest. I was working so hard on writing tracks for other artists, and it’s very difficult. I was writing for artists in China, and I had two number one songs last year, but no one in America really knew about it because it’s just so different. However, releasing music independently every month was my goal of not only keeping my fans happy, but also making myself happy. I realized that even though I was writing these smash songs, I wasn’t feeling the same level of therapeutic happiness as when I was singing my own songs. But after this pandemic, I realized that you never know when it’s going to end. I always knew that in the back of my head, but that’s the reason I want to do an EP. That’s the same reason I did the first EP, too. You don’t know when you’re going to go. As someone who has had a stroke when I was young, it’s kind of something… so easy to forget. But this pandemic reminded me, ‘Hey, you might not be here forever, and those you love might not be here forever,’ so you might as well do all that you can as soon as you can, and make what you can while you can.”