Promare‘s behemoth of a movie release in fall 2019 raked in a whopping $2.3 million domestically, and shook anime fans to their core. Fathom Events would’ve held yet another encore theater release on April 7 and 8, but COVID-19 and stay-at-home orders forced its cancellation. Not to worry as the physical copy of TRIGGER’s first theatrical film releases on May 19. While the movie has been available through digital retailers since May 5, nothing is more satisfying than owning one of the most successful anime movies in recent years. 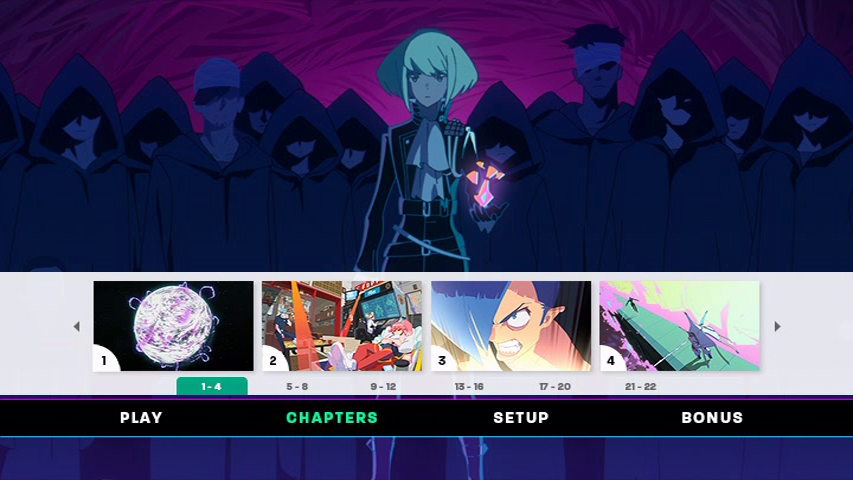 Through a collaboration between GKIDS and Shout! Factory, the Blu-Ray DVD combo includes English dubbed versions of the Side: Galo and Side: Lio prologue shorts and features multiple language options for the entire movie. Features include a behind the scenes look with the English cast, as well as a round table interview with the artistic talent from TRIGGER. Those who have pre-ordered the combo pack directly from ShoutFactory.com will receive an exclusive lithograph while supplies last. 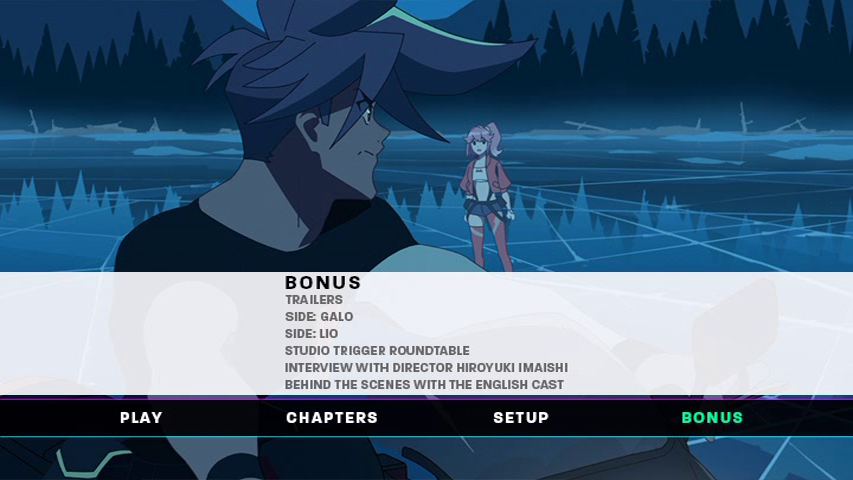 Fans will be excited to relive the experience of watching Promare from the comfort of their home. Explosions, animation, and voice acting on the Blu-Ray mesh make for an unbelievable viewing experience. Similar to other Blu-Ray DVD combo packs, the DVD quality is not on par with the Blu-Ray version. Much of the graphics and movement is digitally optimized for the Blu-Ray version rather than the DVD, which has some artifacts that are noticeable even in the screenshots above.

Without spoiling the movie too much, I enjoyed TRIGGER’s trademark animation style and graphics over their storytelling. However, TRIGGER’s stories are very diverse; from intergalactic clothing to a school of witches in training, the animation studio never fails to entertain and immerse audiences into a world of visual storytelling. Although the story’s complexity falls short of expectations for a nearly two hour feature, the color, animation flow, and character dynamic will keep viewers mesmerized and amused the entire time. As Director Hiroyuki Imaishi expressed, don’t think too hard about the details and “just enjoy the movie.”

Whether it be the standard copy, the steel book or the collector’s edition, any is worth owning for the simple satisfaction of popping in a disc if the internet ever cuts out. Check out our giveaway post to win your very own copy before it ends on May 19th!