FM Entertainment boy group M.O.N.T is coming back for their second tour in the U.S! The group will be making their way stateside for a quick two-stop tour titled, “ATTENTION KOREA with M.O.N.T,” to perform in Los Angeles and Atlanta.

Although M.O.N.T made their formal debut in 2019 with mini album “Going Up,” their first introduction to the public was in 2017 when the group released pre-debut single, “Sorry.” The three members, Narachan, Roda, and Bitsaeon, also participated on the competition show, “Mix Nine,” prior to their debut. Just two months after their first mini album release, the group embarked on a world tour titled “Will You Be My Mint?,” which included stops in Los Angeles, Dallas, Atlanta, New York, and Chicago. M.O.N.T’s latest album “Awesome Up!” was released on August 25th last year with title track “Rock Paper Scissors.”

Aside from their two mini albums, the group has also released special songs regarding Korean national holidays, which is in line with their goal of becoming a “national representative team” as M.O.N.T is the abbreviation for “Member of National Team.” Their song “Daehan Minguk Mansae” came out amidst trade disputes between South Korea and Japan and two days prior to the National Liberation Day of Korea. Also, their latest song “The Korean Island Dokdo” was released the day before Dokdo Day.

At the beginning of the year, M.O.N.T announced that they would be adding six new members to form three subunits with different musical styles and concepts, titling the project “M.O.N.T Arena.” Since then, rapper Beomhan was announced to be joining the group, although it is unclear if he will be participating in the tour, as promotional photos have been using images of the original three members only. 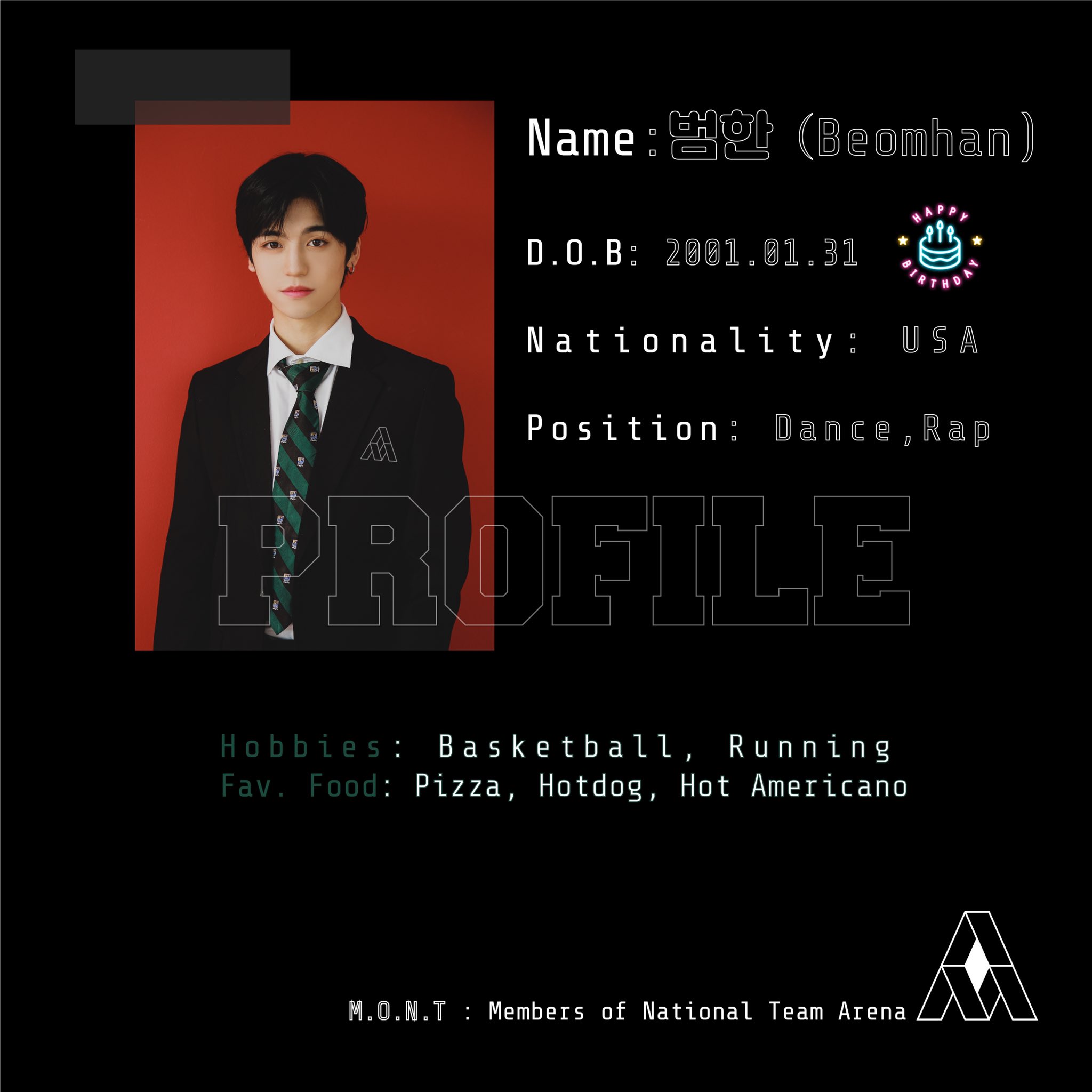