Following the announcement of Epik High’s return to Coachella, the hip hop group shared they will be holding an intimate show at The Roxy Theatre on April 9th, ahead of the festival. This is a special chance for those who can’t make it out to the Valley or fans who just can’t get enough of Epik High.

Debuting in 2003, Epik High are true veterans of the K-hip hop genre. Tablo, DJ Tukutz, and Mithra Jin are known for combining various genres and musical styles and exploring diverse lyrical themes. With eleven albums under their belt, it’s no surprise their latest release, “Sleepless in __________,” topped several charts upon its release in March 2019. Their latest title track “LOVEDRUNK,” which featured singer Crush, took #1 on all six major Korean music sites within four hours of its debut.
Tickets for the event go on sale this Friday, February 28th at noon PST. 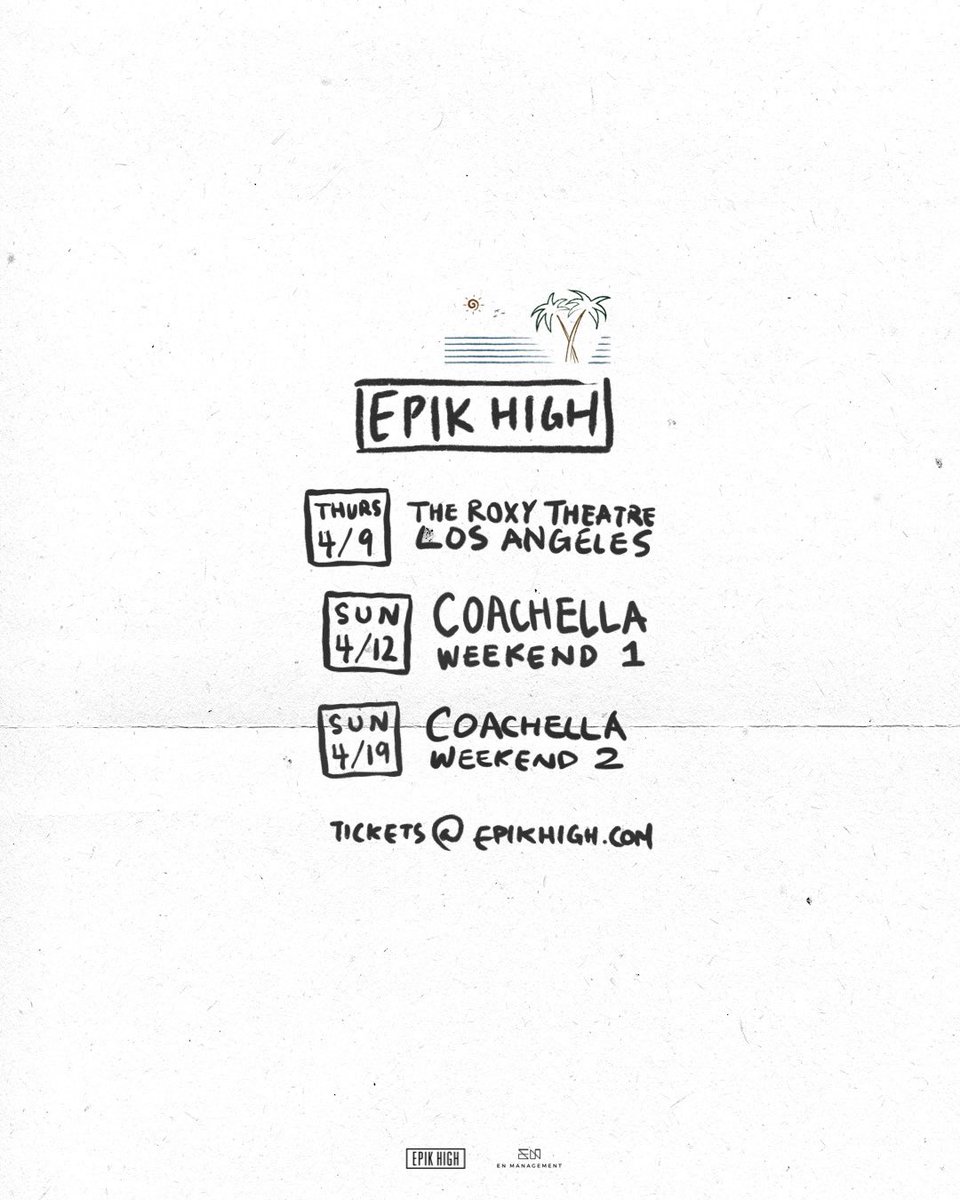